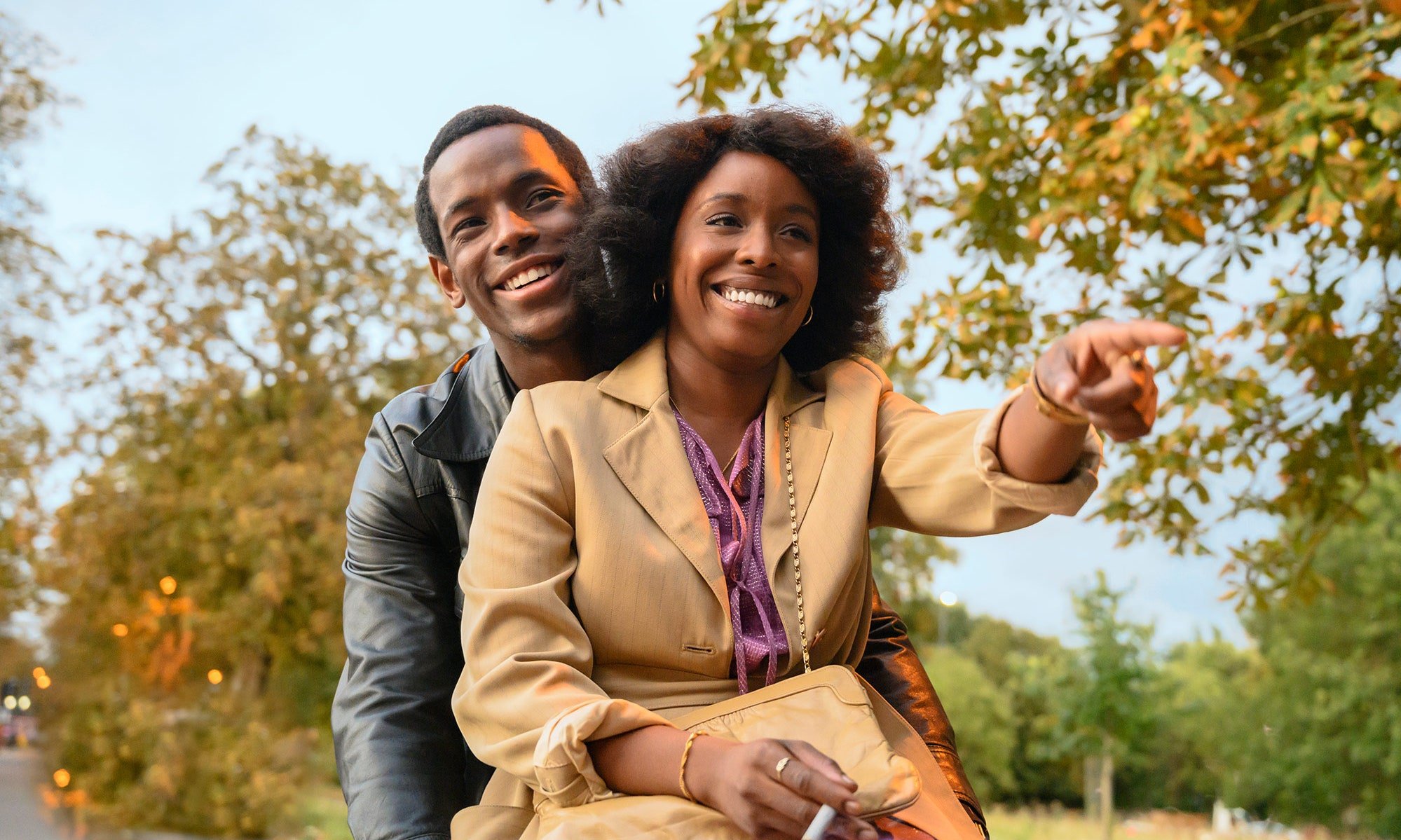 As many reviews of Steve McQueen’s Small Axe have noted, the series derives its somewhat unusual title from a West Indian proverb made popular in a Bob Marley song: “If you are the big tree, we are the small axe.” This pithy adage evokes, with a tone of striking confidence, the central theme of McQueen’s ambitious five-part anthology—namely, the struggle of London’s West Indian community against the forces of institutional racism, state repression, and police violence. Keep chipping away at these unjust structures of dominance for long enough, the series suggests, and eventually they’ll fall to the ground. But it would be easy to miss a key word embedded in that proverb, one which is central not only to the thematic basis of McQueen’s series, but to its very construction: “we.”

Composed of five self-contained films, each telling a distinct story about the joys and, more often, travails of African-Caribbean people trying to make a life for themselves in England, Small Axe isn’t a miniseries in a traditional sense. Its five parts can be watched in any order, they have no recurring characters or actors, and they’re each stylistically distinct—ranging from the relatively conventional docudrama formula of Mangrove to the sensual, nearly story-less late-night groove of Lovers Rock. Neither is the work a traditional anthology series in the vein of, say, Black Mirror, with a bunch of totally distinct stories riffing on the same general theme. Rather, McQueen has created something closer in spirit to Ingmar Bergman’s so-called Trilogy of Faith, whose parts take on a deeper resonance when put in conversation with one another. The series is, in a very real sense, greater than the sum of its parts.

Red, White and Blue, the third film in the series, tells the story of the real-life Leroy Logan (John Boyega), a whip-smart young black man who joined the London Metropolitan Police in an ill-fated attempt to reform the racist organization from the inside. The film is a deliberately muted yet probing study of the torment of a lone black man trying to shake up an all-white institution. Logan, a whip-smart model cop, slowly comes to realize that his efforts to change things from the inside are illusory. His story is a tragedy, and, taken solely on its own, the film might seem defeatist. However, when juxtaposed with Mangrove—which dramatizes the story of the Mangrove Nine, a group of protesters who fought off trumped-up charges of inciting a riot through collective action—Red, White and Blue comes into sharp focus as a cautionary tale about trying to fight racism alone. Unlike Logan, the nine defendants refused to let any one of their members’ interests supersede the group’s. By sticking together, they’re able to convince an all-white jury to believe their version of events over that of the police.

This theme of the necessity of collectivity in the face of structural opposition is threaded throughout all five films in the miniseries. In the ‘80s-set Education, Kingsley (Kenyah Sandy), a young black boy who struggles with reading, is shunted off to a special school for “educationally sub-normal” kids, a move that his mother, Agnes (Sharlene Whyte), barely thinks twice about until she’s contacted by an activist organization fighting the miseducation of West Indian children in British schools. Only once Agnes begins to understand her son’s placement in a special school as part of a larger social problem does her attitude shift from disappointment in Kingsley’s seemingly limited abilities to anger at the systemic efforts by institutions to deprive black children like her son of their right to an education.

That anger over racial injustice simmers beneath the surface of these films, occasionally exploding onto the screen, but it’s Small Axe’s most exuberant entry that leaves the strongest impression. Largely, though not entirely, jettisoning the political anger of the other films, Lovers Rock offers an abundance of sensory delights. Immersing us in a lively mid-‘70s reggae house party, the film is bursting with music, sweat-soaked dancing, and Grenadian cooking that you can practically smell. As reggae and funk tunes fill the air, McQueen’s camera glides through the house and weaves through the partiers like a half-drunk participant in the night’s revelries. In a standout scene, the entire crowd on the jam-packed dance floor stops busting a move for minutes on end to sing along in unison to the entirety of Janet Kay’s lovers rock classic “Silly Games.” It’s the pinnacle of pure, unadulterated joy in a series that’s infused with so much sadness and struggle, and its impact reverberates throughout the other four films.

In Education, this extended moment of exaltation is given a depressingly parodic parallel in a scene in which Kingsley’s unqualified, goof-off teacher (Stewart Wright) sings the class an interminable, self-indulgent version of “House of the Rising Sun.” If Lovers Rock shows us how unifying and beautiful a simple pop song can be, Education demonstrates how truly alienating, even oppressive, music can be when wielded by one’s oppressor.

Reggae music and Caribbean cuisine, those twin pillars of West Indian identity, are an integral part of Small Axe, at once emphasizing a people’s shared culture and the diversity within it. Alex Wheatle, the second-to-last film, is about the early life of the eponymous children’s book author, who grew up in an oppressive group home, struggled to make it on his own in London, and ended up getting arrested for participating in the 1981 Brixton uprising. At one point, Alex (Sheyi Cole) is invited to Christmas dinner at his friend’s mother’s house, and when he’s served a plate of homemade West Indian food, the nearly starving kid scarfs it down so fast that you wonder if he can even taste it. If in Lovers Rock food is an integral part of a grand celebration, for Alex it’s merely an obstacle to be conquered in order to survive.

McQueen has faced criticism throughout his career for aestheticizing suffering in his work, a note he seems to have taken to heart in Small Axe. While these films present any number of opportunities to linger on the physical pain of his characters as he did in Hunger and 12 Years a Slave, McQueen resists doing so, treating scenes of violence—mostly at the hands of the police—with a surprising level of restraint. McQueen is still attentive to bodies here, but he’s shifted away from placing a picture frame around its demolishment toward using the body to access his characters’ minds. In Alex Wheatle, McQueen holds his camera uncomfortably long on Alex when he’s straitjacketed and thrown into an empty room after getting into a fight at school. But the effect isn’t to present some image of gorgeous agony, but rather to force the audience to ponder what’s going on inside this child’s head.

But with the exception of Logan in Red, White and Blue, McQueen’s protagonists largely remain ciphers. McQueen tells us their stories, but he rarely grants us access to their interiority. While Small Axe is obviously a very personal project for McQueen, one that’s deeply infused with the sights, sounds, smells, and struggles of his community, it’s not a work of soul-baring autobiography. One wonders whether McQueen sees himself in these stories’ protagonists, almost all of whom are men or boys whose personal ambitions conflict with the larger forces of systemic racism bearing down upon London’s West Indian population. If he does, he doesn’t let on. Instead, McQueen shifts the focus away from individuals and onto the collective, emphasizing once again that social change, as well as personal fulfillment, comes from connection rather than isolation. As the old labor anthem “Solidarity Forever” asks, “What force on Earth is weaker than the feeble strength of one?”

Review: With My Psychedelic Love Story, Errol Morris Cuts His Subject Down to Size