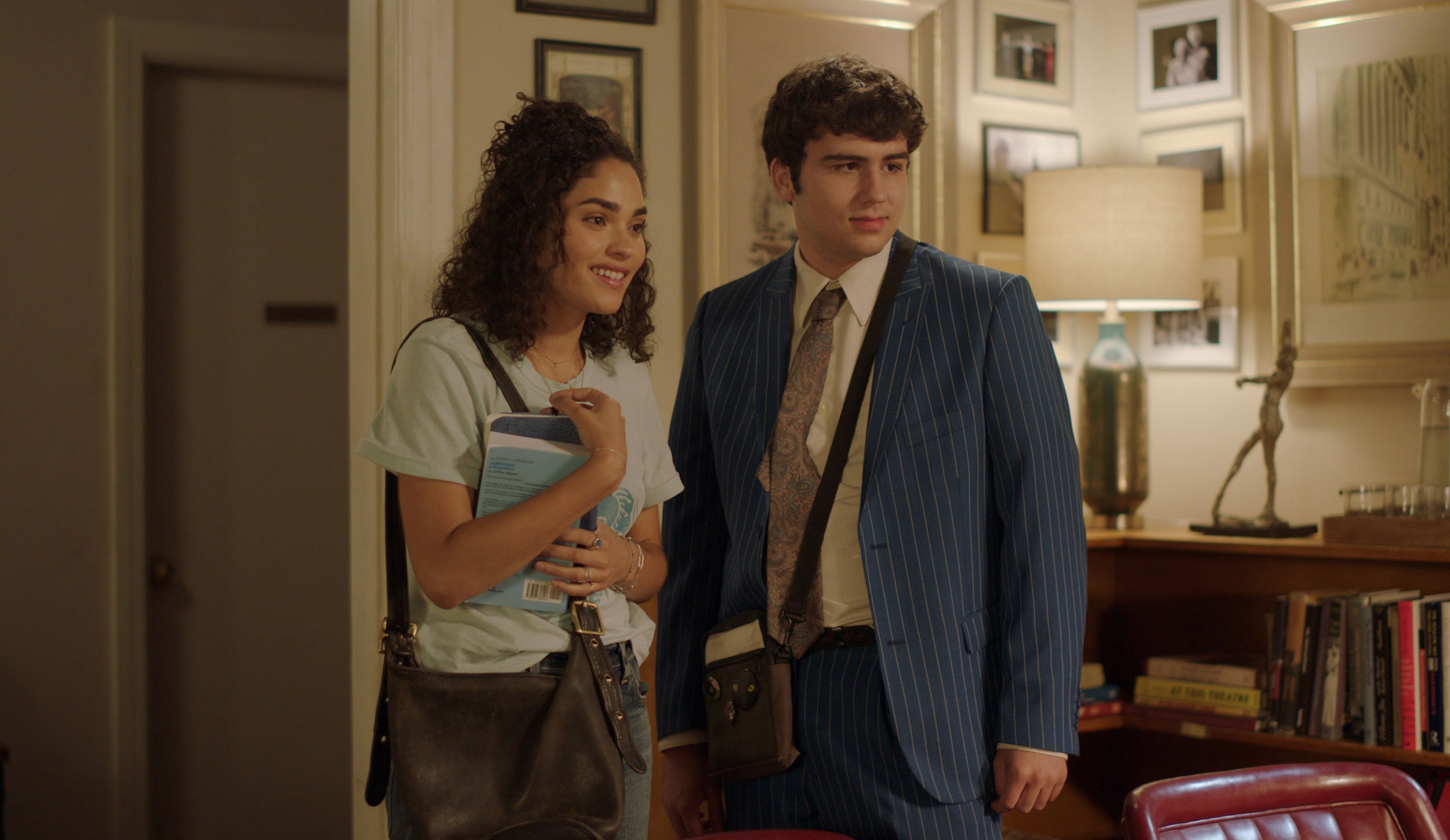 As the first episode of Little Voice begins, aspiring singer-songwriter Bess King (Brittany O’Grady) is still traumatized from being laughed off stage after attempting to perform one of her original songs. Bess’s fragile ego is a major impediment to the launching her music career, and it takes the rest of the season for her to just feel truly comfortable on stage again, a pretty meager payoff considering it takes nine episodes to reach that point.

Bess’s friend and manager, Benny (Phillip Johnson Richardson), assures her in a later episode of the series that artists are meant to be moody, but Bess goes beyond that, as she’s an entitled, ungrateful narcissist, petulantly pushing away friends and family if they don’t conform to her arbitrary moral standards. Even worse, there’s very little about her supposed talent that could justify the behavior that Benny excuses on the basis of artistic brilliance.

Created by singer-songwriter Sara Bareilles and filmmaker Jessie Nelson (who previously collaborated on the Broadway musical Waitress), Little Voice positions Bess as a bastion of artistic purity, first asserting that she writes songs only for herself, and later fending off industry figures’ attempts to have her record songs written by other people or compose music for others. When she gets a chance to record in the legendary Electric Lady Studios, she rebuffs suggestions from a jaded engineer (Luke Kirby) and her guitarist, Samuel (Colton Ryan), to make changes to one of her songs, and both men later acknowledge that she was right.

But there’s little sense that Bess has anything of importance to say with her music, which at one point she describes as “Alessia Cara meets Carole King” but just sounds like Sara Bareilles B-sides. Her precious piano-driven dirges all sound the same, which makes it tough to feel the intended emotional impact of songs often written in response to the events of a particular episode. O’Grady, who was a regular on Fox’s musical drama Star, has a clear, resonant voice, and it’s easy to envision her as a mainstream pop singer, but Bess’s songs always sound smooth and polished, which contradicts their supposed purpose as messy personal statements.

The audiences arrives at an understanding of just how messy Bess’s personal life is through a tedious dramatization of love triangle that puts her in the middle of two bland, sensitive hunks. She first connects with video editor Ethan (Sean Teale), who works in a storage unit next to the one that Bess rents as a practice space (the series emphasizes her financial hustle with jobs as a bartender, dog walker, music tutor, and busker, but she somehow affords rent for both a storage space and half of a gorgeous New York City apartment). Of course, Ethan has a girlfriend, and Bess is later romantically drawn to Samuel, but both men mostly pine from the sidelines while Bess strings them along for the entire season.

Being inconsiderate and presumptuous seems to run in Bess’s family, and the show’s most frustrating character is her mentally disabled brother, Louie (Kevin Valdez), who lives in a group home but constantly relies on Bess for every pretty much everything. Louie is obsessed with Broadway and even has his own catch phrase (“Wonder of wonders!”), and his relationship with Bess is meant to display her compassion and dedication, but it mostly just proves that she’s incapable of holding him accountable for his behavior. Just as Bess seems to expect her friends to cater to her every shift in mood, Louie expects the same from his sister.

Their relationship comes off as a codependent nightmare, and Louie’s blind faith in Bess’s talent is as misguided as her indulgence of his every whim. At one point in the series, a music executive condescendingly describes Bess’s music as “darling.” While that’s intended as a dubious insult, it captures the twee, navel-gazing tone of Little Voice.

Review: The Optimism of Japan Sinks: 2020 Leads to a Curious Emotional Remove

Review: HBO’s Perry Mason Examines Power and Faith Amid a Fog of Decay