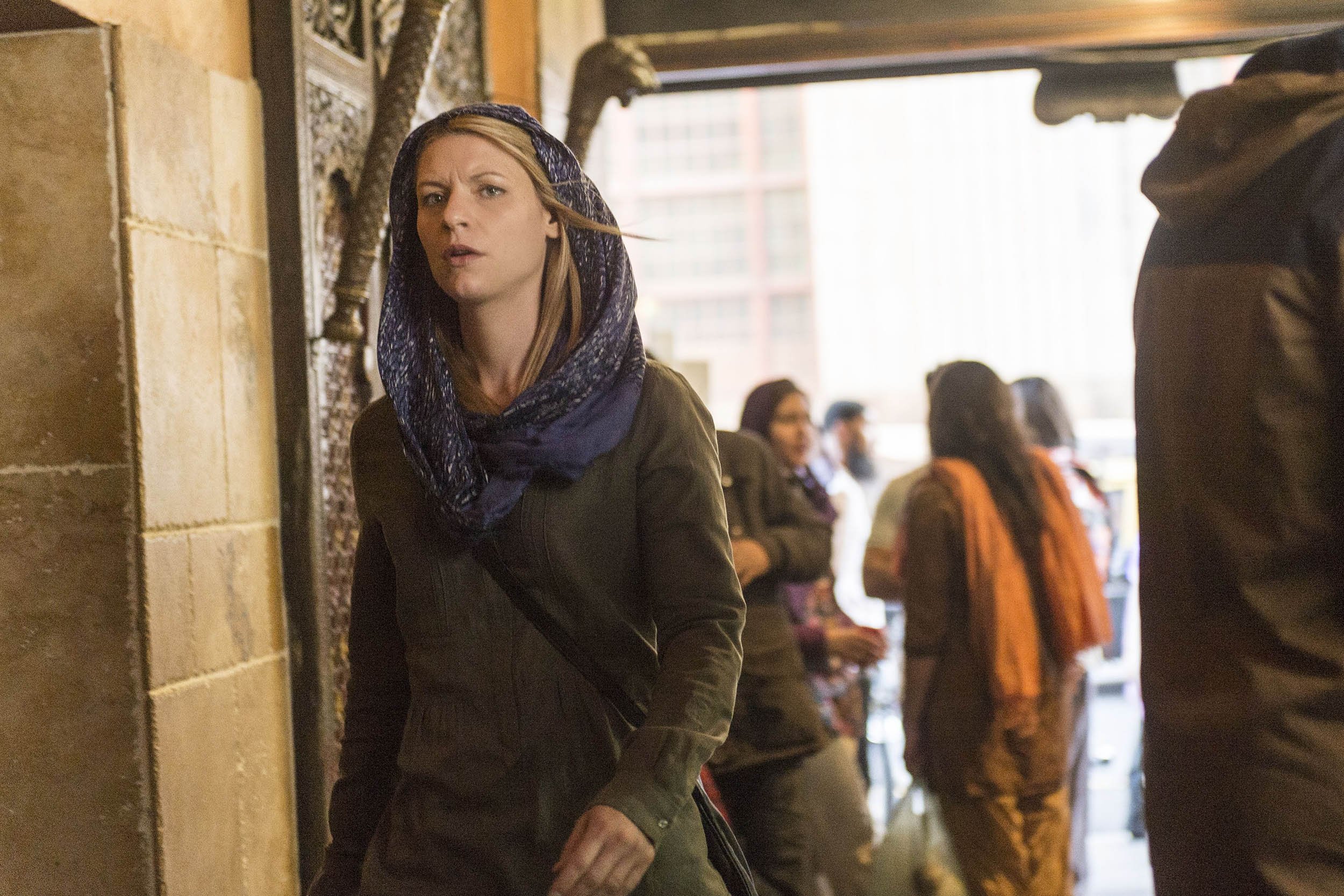 Cunningly arranged as a collage of pithy scenes, tonight’s episode of Homeland transforms the laborious setup of “Shalwar Kameez” into a precipitous cascade of new developments. Darting among several storylines, the irregular structure fosters a sense of simultaneity, with events piling up as quickly as Carrie (Claire Danes) and her allies in the C.I.A.’s Islamabad shadow station can process the information. Made from stalking horses and rabbit holes, “Iron in the Fire” is a taut, propulsive, ardently political spy game—and the best episode of the season thus far.

Trying to find the man spotted orchestrating Sandy Bachman’s murder, Carrie receives a tip from her erstwhile adversary, John Redmond (Michael O’Keefe), who recognizes the face of a local criminal periodically hired for off-the-books dirty work by Pakistan’s Inter-Services Intelligence (ISI). (Redmond is also having her followed, though it’s unclear whether he was in on Sandy’s illegal information trading or simply distrusts the new station chief.) In the end, the lead proves to be the least interesting of the episode’s narrative threads, ultimately displaced by more dramatic machinations, but it does provide an excuse for Carrie to enlist Saul (Mandy Patinkin) in kicking the ISI hornet’s nest. His terse conversations with retired Pakistani general “Bunny” Latif (Art Malik) and an as yet unnamed Pakistani intelligence operative (Raza Jaffrey) draw on current events to suggest one of this season’s central themes: the fruitlessness of American power. Fourteen years into the war in Afghanistan, the only consequence of military intervention has been the loss of endless blood and treasure. “It’s over, Saul,” Bunny says. “You have lost. The Americans are being driven out the Afghanistan just like the Russians were. The Taliban has won, and they know it, and they will dictate the terms of the settlement.”

As Quinn (Rupert Friend) relates later in the episode, war by “remote control” only serves to perpetuate the conflict, with each name crossed off the kill list replaced by new ones committed to avenging the civilians subsumed under the heartless umbrella of “collateral damage.” “You took the fight to the enemy and saved lives in the process,” Carrie attempts to reassure him. “Or just made more enemies,” Quinn replies. “Either way, I was pretty far down the fucking rabbit hole.” Recalling Ambassador Martha Boyd’s (Laila Robins) description of American policy as “Alice in fucking Wonderland,” Quinn conveys Homeland’s increasingly clear understanding of the “War on Terror” (if not the targeted, ground-level work of gumshoe counterterrorism) as a Lewis Carroll-esque fantasy, without logic or sense. Indeed, it’s the Whack-a-Mole approach to defeating extremism, bereft of engagement with the underlying causes of resistance to American empire, that drives the two key revelations in “Iron in the Fire”: Haissam Haqqani, presumed dead in the attack that opened “The Drone Queen,” turns up alive, and an ISI agent blackmails the ambassador’s husband, Dennis (Mark Moses), into assuming Sandy Bachman’s role as her source inside the U.S. embassy.

The subplot involving Martha and Dennis, bristling with the tension of both treason and a troubled marriage, emerges when the ISI agent approaches Dennis, a disgraced political science professor, with a cryptic message. It’s revealed that he’s been passing classified information from his wife’s computer to Sandy, which the agent threatens to expose unless Dennis cooperates. There’s a real spark in the conversation between Martha and Dennis as he declares his intention to leave Pakistan. Moses, playing haggard and desperate, and Robins, playing sharp-tongued and merciless, lend the scene a lively frisson of mutual hatred, as though the couple’s been sparring for years. “I think that our marriage could put my career first for once,” he says, lying that he’s been offered his old job at George Washington University. “We tried that,” she responds. “You ended up plagiarizing an entire chapter of your book.” Homeland has often treated intimate relationships as an easily exploited area of vulnerability, but it’s always been the pursuit of love or lust that’s clouded the characters’ judgment. The notion that Dennis and Martha’s acrimony might be equally dangerous is provocative: On the basis of “Iron in the Fire,” watching them tear each other’s guts out could be thrilling indeed.

As for Haqqani, he appears at the end of a surveillance operation that sees Fara (Nazanin Boniadi) redeem her fumbling approach to Aayan (Suraj Sharma) in “Shalwar Kameez.” Following Aayan through Islamabad’s choking traffic and crowded markets, she discovers that he’s used the 80,000 rupees to purchase the contents of an orange bag from a nurse at Islamabad’s teaching hospital, which he then presents to Haqqani in a surprising rendezvous. (“They played us from the very beginning,” Carrie comments after seeing Fara’s video of the exchange. “[T]hat’s when we stop tracking terrorists—when we think they’re dead.”) Whether or not Fara’s correct to speculate that the bag contains medicine, replacing the stash destroyed by his friend’s father, the meeting is suspicious enough that Carrie reneges on her promise to help Aayan emigrate to Britain. “Do you know what a stalking horse is?” she explains to Fara. “It’s a decoy used to hide behind while hunting your quarry…We’re going to hide behind Aayan all the way back to his uncle.”

This leads, of course, to the unexpected dalliance between Carrie and Aayan at the safe house, the sole development in “Iron in the Fire” about which I have serious reservations. The sequences quite clearly codes the seduction as a ploy to win Aayan’s trust, from Carrie’s knowing glance in the mirror to her uncharacteristically flirtatious laughter, but it’s disconcerting to see her sexually involved with a source once again. While it’s true that Carrie must do something to ensure that Aayan doesn’t bolt once he learns that he won’t be leaving Pakistan anytime soon, there’s an icky, predatory aspect to Carrie’s come on: When I wrote, of “Trylon and Perisphere,” that “Carrie’s faults seem…likely to set in motion the self-made tragedy of a true anti-heroine,” taking Aayan’s virginity was not what I had in mind. The moment isn’t unsettling enough to sour the episode, which breathes much-needed life into a season that’s struggled to build momentum, but it marks a return to the old Carrie that clashes with the mature, if somewhat callous, competence she’s displayed in Kabul and Islamabad thus far. Despite her bout with mental illness, Homeland has long positioned Carrie as the most perceptive of intelligence analysts, but by the end of “Iron in the Fire” I began to wonder if she’d gone down the rabbit hole too.