After a brief resurgence in energy and fun last week, Heroes’s second season takes a real dive with its fifth episode “Fight or Flight.” It is definitely one of the worst episodes the series has produced in its young life, but not because any of the material is particularly shockingly bad. It is just lazy and sluggish, lacking any sense of forward momentum and weighed down with plodding, expositional dialogue.

Consider the fifth episode of the first season, “Hiros,” which featured a conversation between Peter Petrelli (Milo Ventimiglia) and a future version of Hiro Nakamura (Masi Oka), a confident warrior who seemed to know Peter well and knew the trials they would face together. This twist suggested quite an exciting future for the show’s characters, where they were hardened warriors who fought alongside each other in full mastery of their powers. Yet currently, Peter is an amnesiac, dilly-dallying in Ireland rather than do-gooding in New York (easily the best real-life superhero location in comics lore), and Hiro is stuck in an increasingly boring feudal Japan trying to woo a beautiful princess. There are smatterings of intrigue, some domestic drama and a couple of fledgling romances, but for a show called Heroes, there’s really not a lot of heroism going down at the moment.

The only real plot-advancing material this week comes in Matt’s (Greg Grunberg) quest to track down his father, the nightmarish “bogeyman” young Molly had identified last week before slipping into a coma. Rather awkwardly, Nathan Petrelli (Adrian Pasdar, back to his glowering best after shaving his beard) insists on coming with Matt, despite only a very vague connection between the two of them. This is probably just to give Nathan something to do—Pasdar is one of the show’s better performers, but he’s been stuck moping silently for his brother in the background since the season began. Matt’s father is one of the fateful “twelve,” an Illuminati-esque hero organization who seem key to the second season at large. Maury Parkman (the schlubby Alan Blumenfeld) is undynamic enough to almost feel like a red herring, but he quickly reveals telepathic powers far greater than his son’s simple mind-reading, trapping Matt and Nathan in surreal nightmare worlds. I hoped this might be a chance for the show to flex its muscles and show off some eerie dream sequences, but it is all rather disappointingly tame, with Matt being confronted by his abandoned ex-wife and son, and Nathan literally wrestling an evil vision of himself to the ground.

Another disappointment comes in the arrival of new character Elle (Kristen Bell), an electricity-wielding villainess in search of Peter in Ireland. Bell is an outstanding bit of casting by the show’s producers, as she already has a considerable cult following from her starring role on future cult classic Veronica Mars, and Heroes so far has specialized in casting niche-y cult figures. Bell is good at playing light and dark at the same time: her Veronica Mars balanced zingy quips with knowing world-weariness. That’s why it is sad to see that her character here seems like a one-dimensional nutty blonde, complaining to her dad on the phone when he chides her for killing somebody. Hopefully Elle will be given more to do in coming weeks, but here she is merely vampy and petulant, showing no real character quirks outside of a willingness to zap people Emperor Palpatine-style.

Peter’s portions of the story are even worse, as his romance with Caitlin the Irish maiden/barmaid (Katie Carr) is devoid of chemistry as well as intrigue. After opening the box that contains plane tickets to Montreal alongside a few unhelpful snippets about his identity, Peter uses his precognition to paint a picture of he and Caitlin in the Canadian city. Then Elle fries Caitlin’s brother, a move that will hopefully get Peter back to North America and in the thick of the action, even if he does have to drag Caitlin along with him.

Everything else this week merely nudges things forward, giving brief snippets of information rather than actual storylines. There is again next to nothing from Hiro and Kensei (David Anders) in Japan, except for some snippets of info delivered to Ando (James Kyson Lee) about all the crazy samurai adventures they’re having off-screen. This bizarre plot diversion, which is showing little sign of wrapping up quickly, seems to be an excuse to beef up Hiro’s warrior status, but devoting almost a third of the season to this arc is really hampering the impact Hiro has on the show at large. His buddy routine with Kensei shows some promise, but it’d be better if it felt like it had real relevance to the mysteries at large. Similarly, Niki Sanders (Ali Larter), who isn’t a favorite of mine, but was definitely a prominent character last year, has been entirely backgrounded as the Company tries to rehabilitate her multiple personality disorder. Again, the show is shunting a big character for almost a third of the season to revamp them, but without bothering to actually write any material about the revamping. I’m sure a new-and-improved Niki and Hiro will be appearing soon, but will the audience be invested enough to still care?

With Noah, Sylar, Claire and Maya/Alejandro all missing this week (save a brief cameo from Jack Coleman), the only other plotline concerns Monica Dawson (Dana Davis), a far more promising new character with a fun mimicry ability. Sadly, no progress is made this week, except that she and Micah (Noah Grey-Cabey) learn about each other’s skills and Mohinder Suresh (Sendhil Ramamurthy) shows up at their door offering help. Nonetheless, as long as creator Tim Kring’s obsession with social commentary is kept muted, I think this is one of the more promising arcs of the season so far because of Davis’s natural charisma. Also, Micah shows us a cat-suited “Copycat” character from Isaac Mendez’s 9th Wonders!comic, a comic that has so far predicted the future quite accurately. Could we be dealing with our first costumed hero soon?

The problem with “Fight or Flight” is not only that there isn’t anything going on, but also that it doesn’t tease us with what could happen in upcoming episodes. There’s no sense of where any of this is going, no compelling mysteries to look forward to, no pervading themes or converging plot threads. Heroes can’t get by on character and bottle plots alone—there needs to be something more compelling at the centre of everything. So far this second season hasn’t found that something yet. 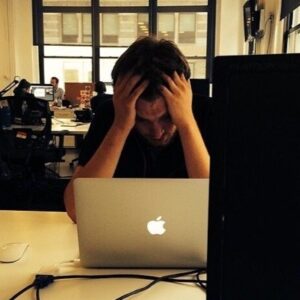 David Sims is a staff writer at The Atlantic, where he covers culture.