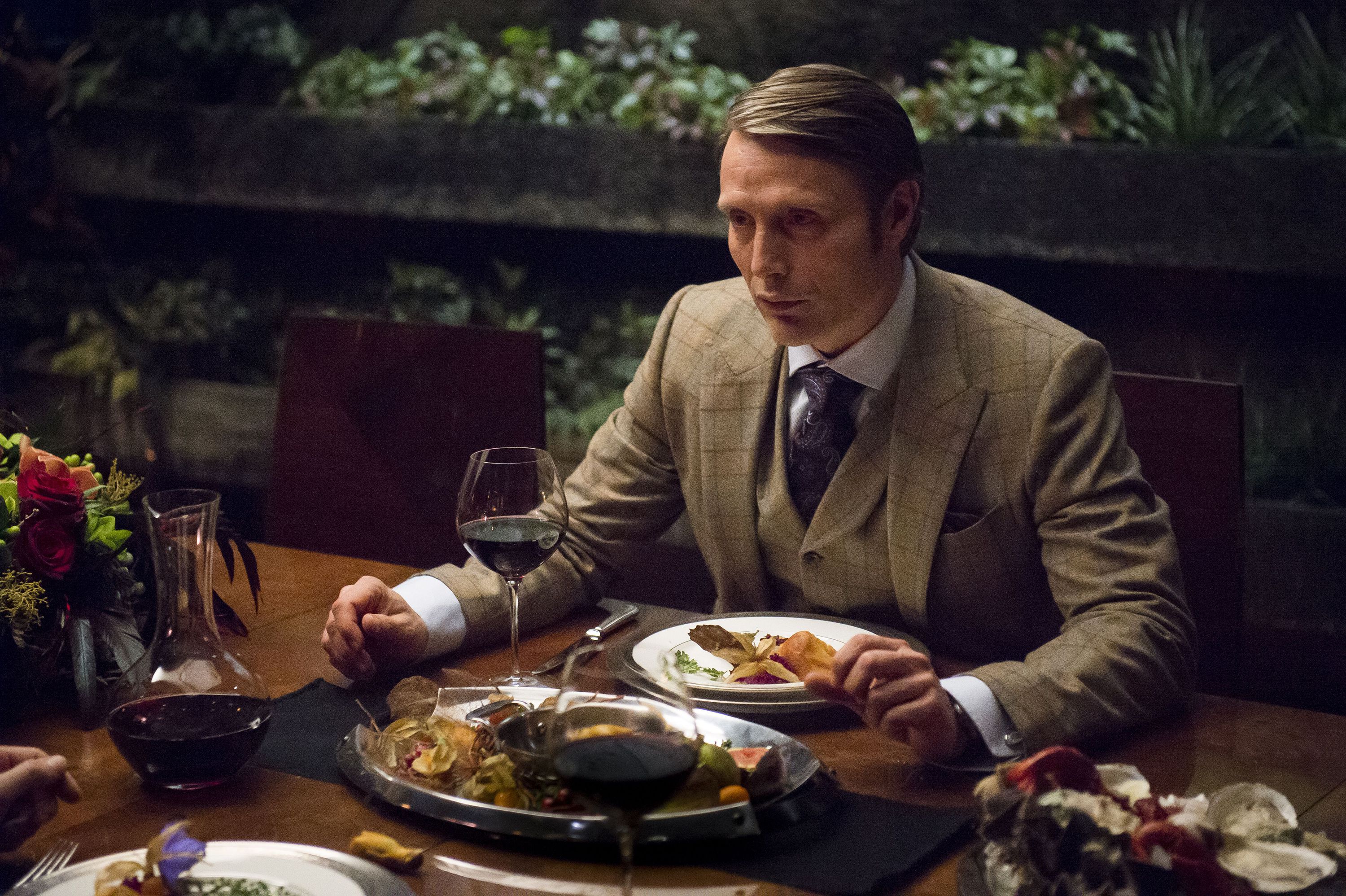 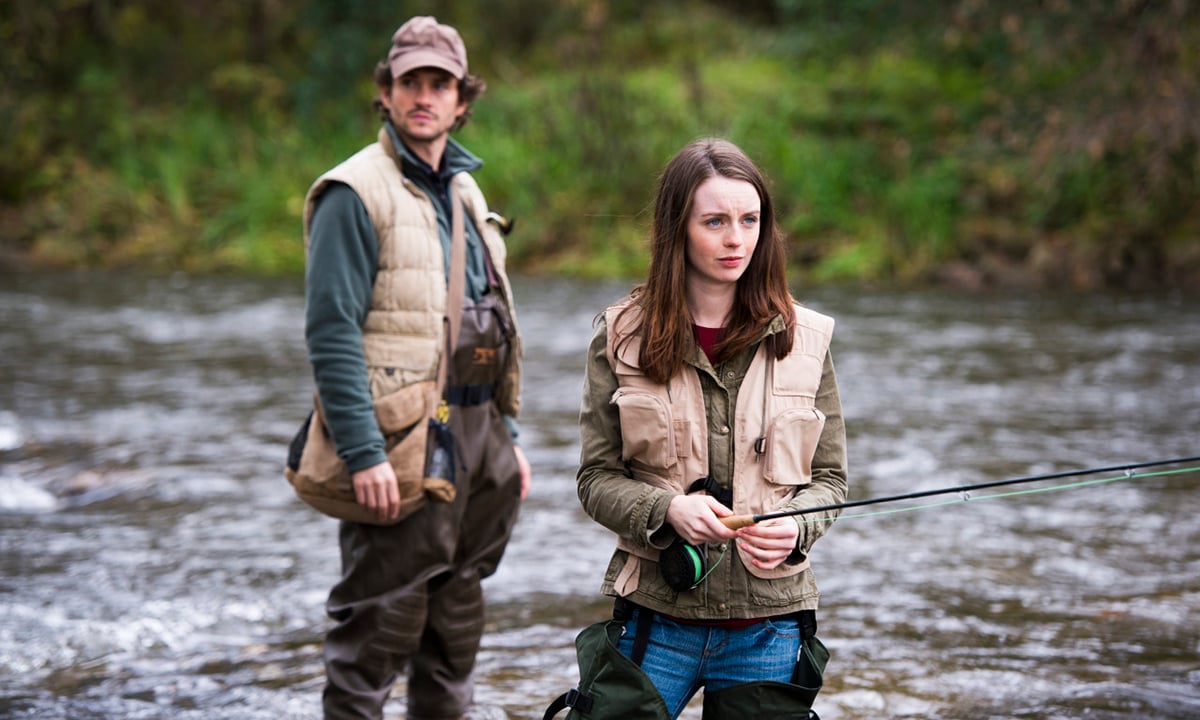 Another garden made of people? Not quite. This episode’s killer only claims two lives (or one, or perhaps one and a half, depending on your math), and doesn’t even take ownership of the murder(s), instead restyling her crimes as a kind of ultimate therapy. Deciding they had nothing to lose and nothing to live for, kindhearted acupuncturist Katherine Pimms (Amanda Plummer) puts two elderly patients out of their misery with what can only be called bee-based palliative care of the most extreme variety imaginable. Sure, she’s off to the hoosegow, but her not-precisely-homicidal intentions give Jack a margin of pause to consider his own house, where his wife, Bella (Gina Torres), is facing down terminal cancer. “Takiawase” is the one-off contribution by TV vet David Semel, and he manages a tricky balancing act, but a crucial one: the untenable coexistence of compassion and depravity as two sides of the same coin. Hannibal’s one act of true kindness rivals his atrocities in terms of wrongly-intimate creepiness, but it’s nothing compared to the dark cloud that will enshroud the final scene. 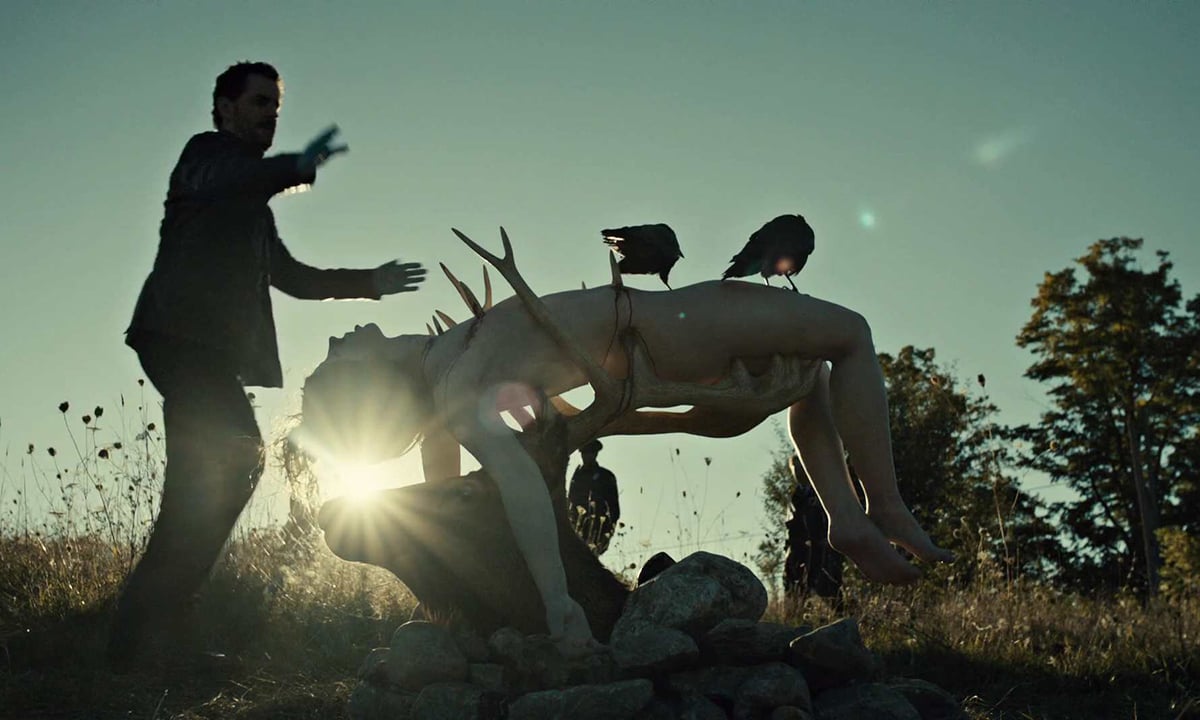 The pilot episode now appears strange under the weight of the 38 episodes that would follow, and most pilot episodes will do that. Perhaps to grease the wheels a little, production-wise, “Apéritif” threatens to look like any other crime series in the vein of “protagonist lacks social skills, but boasts quasi-supernatural intuition at crime scenes.” Only a little grittier. And the series wouldn’t lose its funny banter until three or four episodes in. Despite the awkwardness, a retrospective viewing of the pilot allows one to savor the details of new relationships and hidden motives. Will’s quaking delivery was never more convincing as it is here, and the contrast between his interpersonal difficulty and Hannibal’s graciousness (masking the truly antisocial and antihuman) is frequently amusing. An embroidery of borrowed styles not yet enhanced by anything uniquely its own, “Apéritif” nonetheless tantalizes with mysteries and abysses that would develop and resolve later. 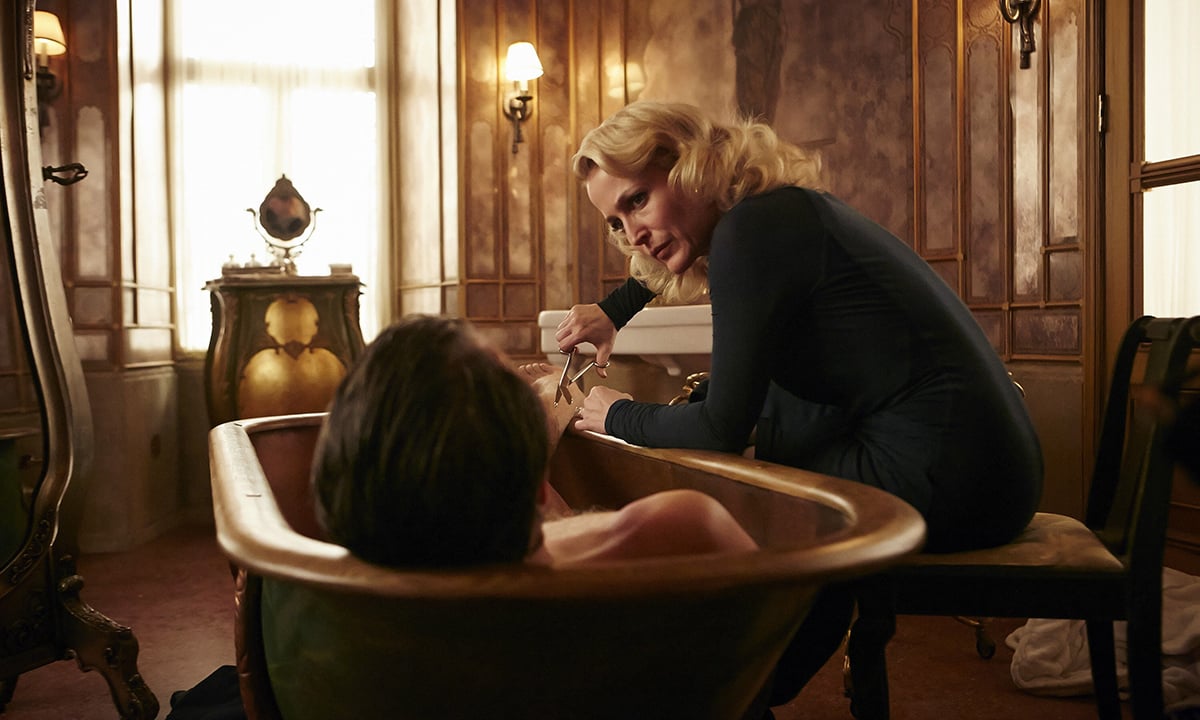 In spite of its name, “Dolce” is neither sweet nor satisfying. An oddball transitional piece, it seems to occupy neither Italy nor Muskrat Farms, even if it begins in one and closes at the other. Throughout the episode, our principals are made somewhat the worse for wear thanks to their Florentine misadventures; only Chiyoh (Tao Okamoto) and, arguably, Bedelia manage to dance between the raindrops. Only a few privileged objects from Hannibal the novel make an appearance: the bonesaw and the cattle prod. Easily the episode’s highlight: Will and Hannibal exchange wistful nods as they reunite, each bearing new scars. 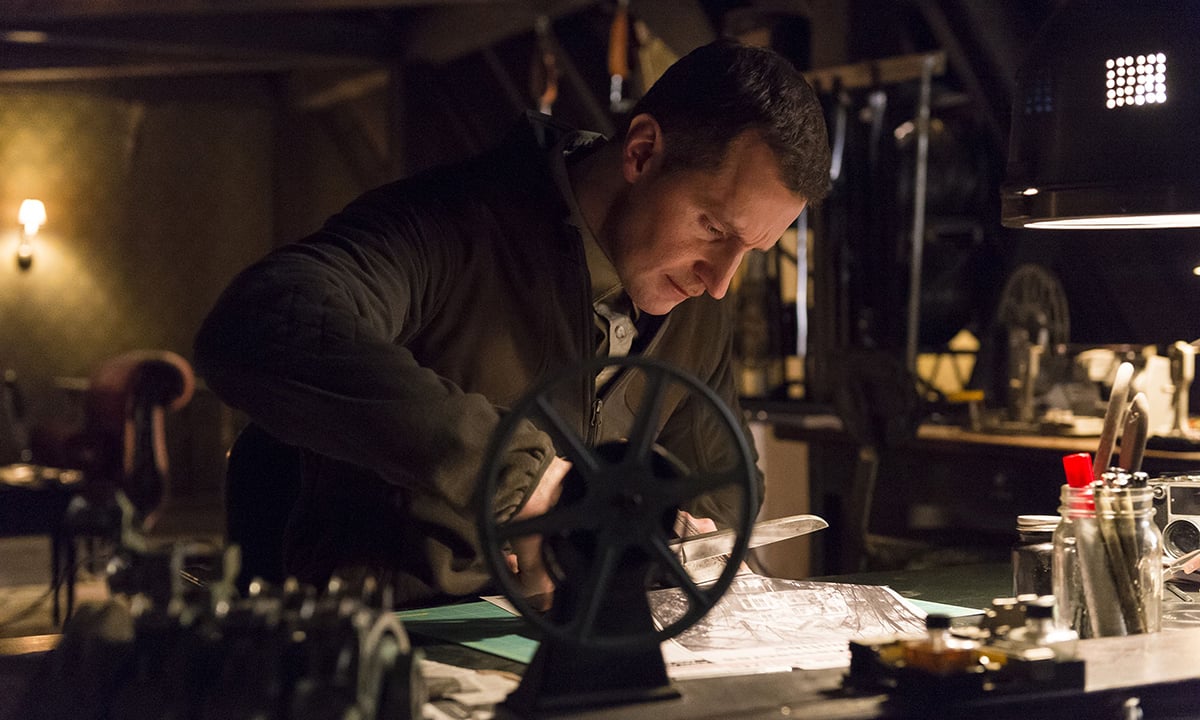 The opening salvo of the Francis Dolarhyde (Richard Armitage) arc of Hannibal, a storyline that would put an end to the series altogether, makes very strange an already strange man who would soon call himself the Red Dragon, by approaching him from oblique angles, his introductory shots nearly a silent movie of garish orange, backlights, and shadows, and then comforts the viewer with familiar dialogue from Thomas Harris’s 1981 novel. Or, for many, the 1986 Michael Mann film, as our Jack and Will recite lines that still resound with the voices of Dennis Farina and William Petersen, as if they’re performing Shakespeare or Beckett in modern dress, in the frozen north rather than the synth-scored Florida gulf coast. The mix of the familiar with the brazenly avant-garde is, at this point, Hannibal’s byword; what can be troubling is whether the heft of an entire novel might capsize a half-season, even one that takes twice as long as the movies do to tell the same tale. All of a sudden, every one of our familiar primary and secondary characters, each of whom has seen countless homicidal maniacs come and go, is beholden to the “new kid,” and “The Great Red Dragon” is nothing if not busy making the stitching secure. Ultraviolence-savvy auteur Neil Marshall makes his sole directorial contribution, a little underutilized as the episode is largely brooding and portent, save for the “woosh, woosh” that heralds the return of Will’s crime-scene mentalism. 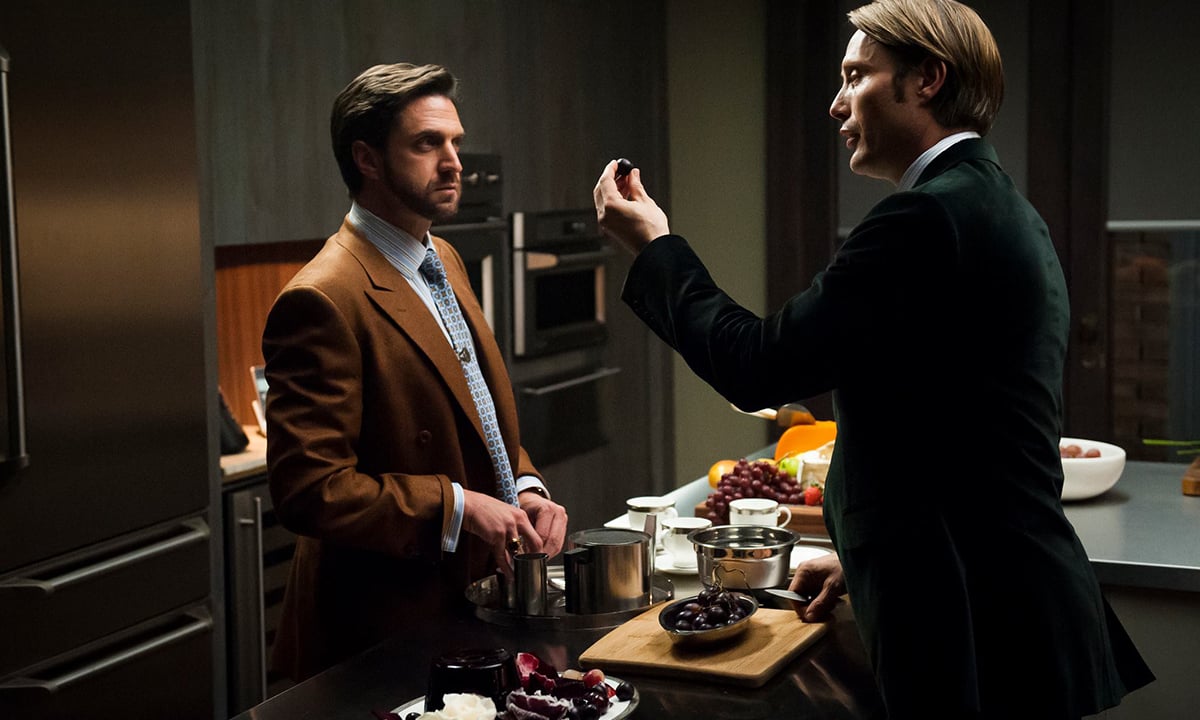 Battlestar Galactica MVP director Michael Rymer’s second turn at the helm is one of the most ambitious first-season episodes, at least in terms of introducing new characters whose subplots would act as strong ripple currents for the remainder of the show. At the Baltimore looney bin there’s British comedian Eddie Izzard as psycho killer Dr. Abel Gideon, and Raúl Esparza as his warden, Dr. Frederick Chilton. (Esparza is, in the humble opinion of your episode-ranking servant, Hannibal’s finest actor, confidently in control of several different registers of seriousness, officiousness, and camp.) And in monochrome flashback we meet F.B.I. trainee and early-days Lecter victim Miriam Lass (Anna Chlumsky), whose disappearance would haunt Jack for years. “Entrée” is in many ways a multi-pronged inciting incident, setting events into motion that would force hands, wrong rights, and drive hidden things into the open. The grisly torture/murder of a nurse at Chilton’s asylum ranks high among the show’s most disquietingly violent set pieces. 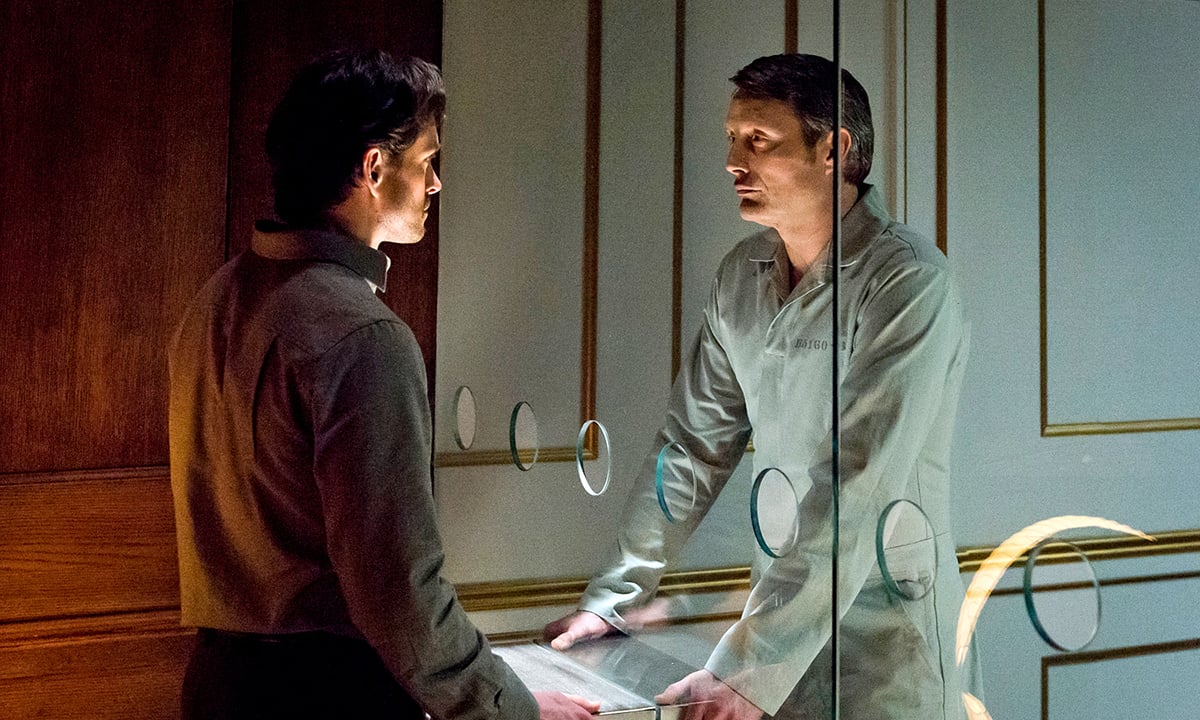 It had to be apparent to the filmmakers who gave us Manhunter and The Silence of the Lambs that Hannibal Lecter was more fascinating than any other killer who would emerge within the Thomas Harris universe. The Francis Dolarhyde arc of Hannibal works overtime to roll back these assumptions—a noble endeavor, but, at the risk of sounding harsh: no sale. Dolarhyde compels, it’s true, but when Hannibal shares the frame in this episode, during the Tooth Fairy’s projection of their illicit phone conversation as a clandestine therapy session, the brain cannot process why Hannibal isn’t the dominant figure in the composition. The crux of the problem is that Dolarhyde, in spite of his grandiose Red Dragon delusion, always represented the profane aspect of the serial killer, whereas Hannibal’s psyche held us in thrall as a vast, unknowable, yet irresistible abyss. Like much of this part of the saga, “…And the Woman Clothed in Sun” insists on Dolarhyde’s magnitude too much, and exerts no small amount of labor in doing so. Familiar scenes include Dolarhyde taking Reba McClane (Rutina Wesley) to see the sedated tiger, and, later, Dolarhyde visiting and devouring the Robert Blake painting, risking apprehension. Scenes involving Bedelia Du Maurier (Gillian Anderson) are something of a catastrophe of dialogue writing, despite a surprise guest appearance. 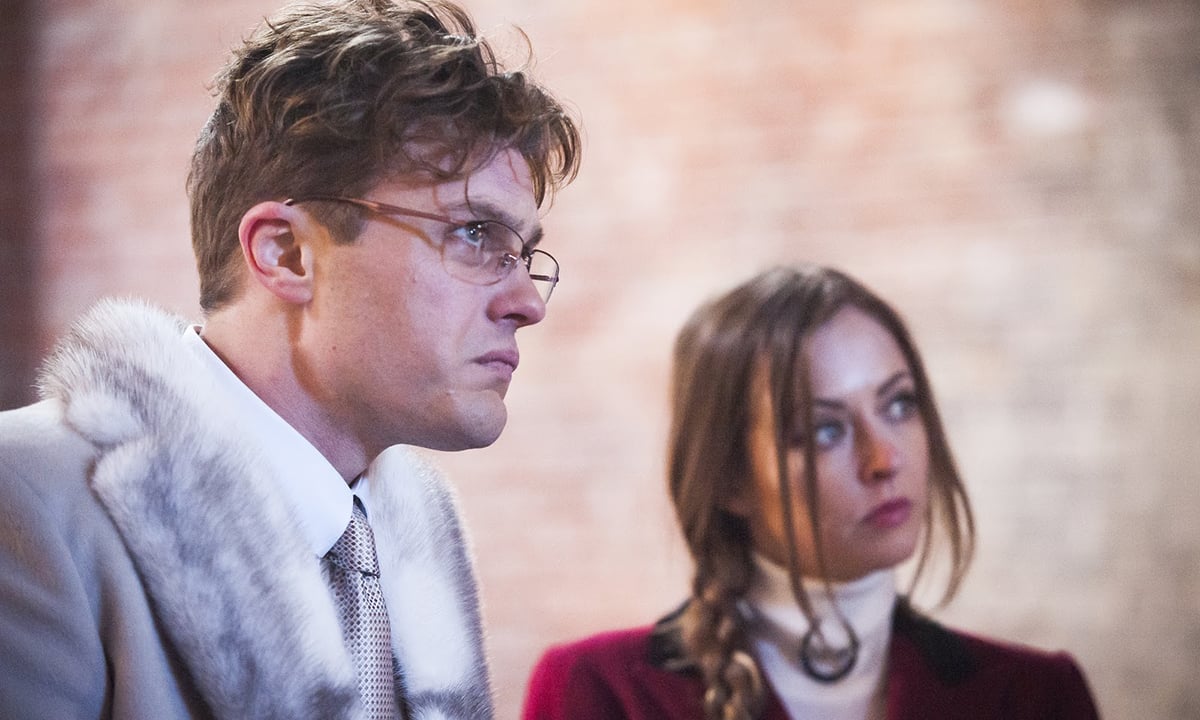 Eleven minutes have passed before we’re through with the opening credits, and the story is still dwelling on the late, aspiring mecha-bear Randall, who departed in “Shiizakana” thanks to a shadowy Will/Hannibal alliance. With Freddie loitering and the Verger family shifting a little creakily to center stage, the show’s second season threatens to feel a little distended as it enters the home stretch, but Will’s languid slide into Hannibal’s amoral fog creates opportunities for some marvelously subtle dialogue and direction: The agreement between the two men to execute Freddie happens so imperceptibly, it only makes contact with Alana like a warm breeze over her head. The high point of “Naka-Choko,” even if you’re ignorant of third-season romantic developments, is the nauseating cross-cutting between an Alana/Hannibal love scene and Will’s seduction at the hands of a vengeful Margot Verger (Katharine Isabelle). 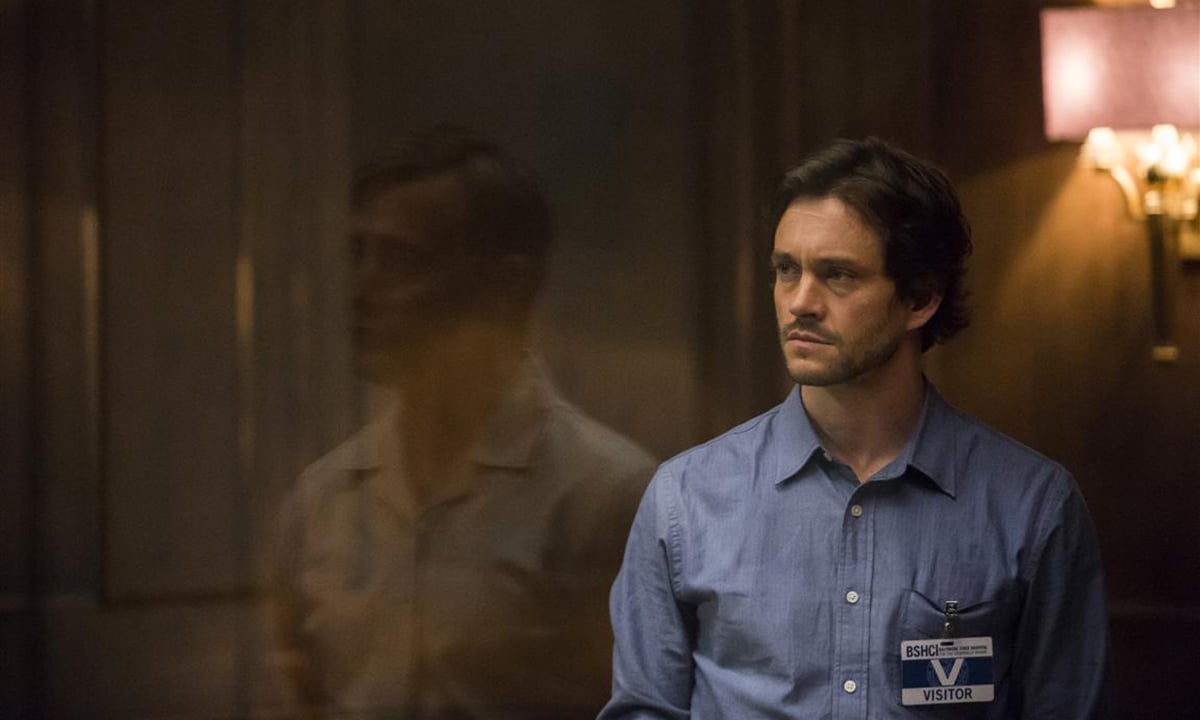 Fuller and his writers had sufficient time to take the third season’s finale and turn it, albeit hastily, into the series finale, but not enough time to cover their tracks. “The Wrath of the Lamb” spends valuable time covering the ruse Francis creates to excuse Reba from further involvement, and throw investigators momentarily off his scent. Once that business is concluded, the main event begins, as narrative machinery draws Hannibal, Francis, and Will into the same, small circle. “The Wrath of the Lamb” is powered by the steam of our curiosity, in that we think we know where things are headed, but we don’t know how they’ll get there, and the episode sails smoothly when it savors moments tinged with bittersweet finality. Still, the wrap doesn’t exactly satisfy, but titillates extensively: Francis’s brutal raid on the police convoy and the climactic, eschatological threesome are exciting set pieces, but when the end at long last arrives, it’s staged as unsurprisingly as a hammer falling on a nail. It’s likely that one of the weirdest and most darkly romantic shows ever to air on network television could only have ended with one kind of red wedding, but the fact that NBC presided over the ceremony with a shotgun did Hannibal’s aspiration for closure no favors. 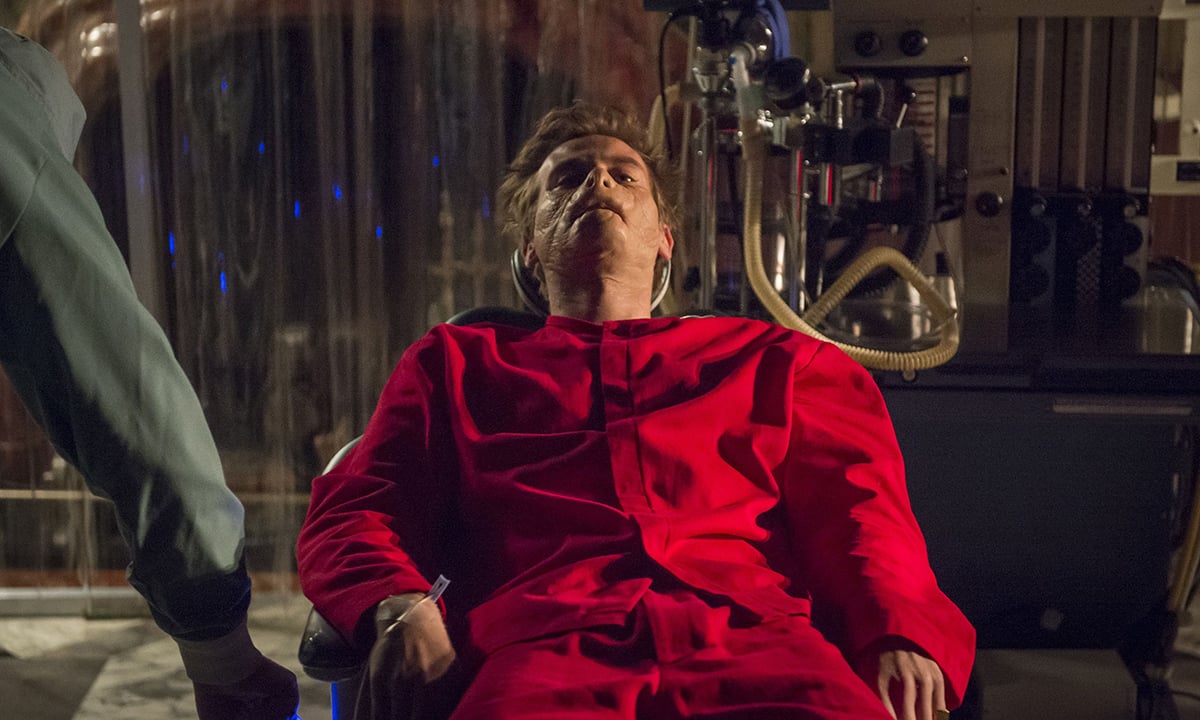 Mason Verger (Joe Anderson) and his revenge plot completely dominate really only this one episode of the third season, but thanks to the intercontinental crosscutting within the previous five episodes, it feels like the de-faced pork titan has been salivating down our necks the whole time. Thus, on paper (and in our hearts) it’s difficult to believe that “Digestivo” will conclude not only the Muskrat Farms arc, but the entire opening chapter of Fuller’s adaptation that began all the way back with “Apéritif.” This episode’s narrative function is also its liability, as the calculus required to push every piece along its correct path often feels a little too clean to contain all contaminants, reciprocity and bloody revenge. That said, its final tone, with Hannibal’s “between iron and silver” speech to Chiyoh, followed by Will’s cold shoulder to an imperceptibly yet deeply wounded Hannibal, is every bit the moving denouement we’ve paid into and earned. 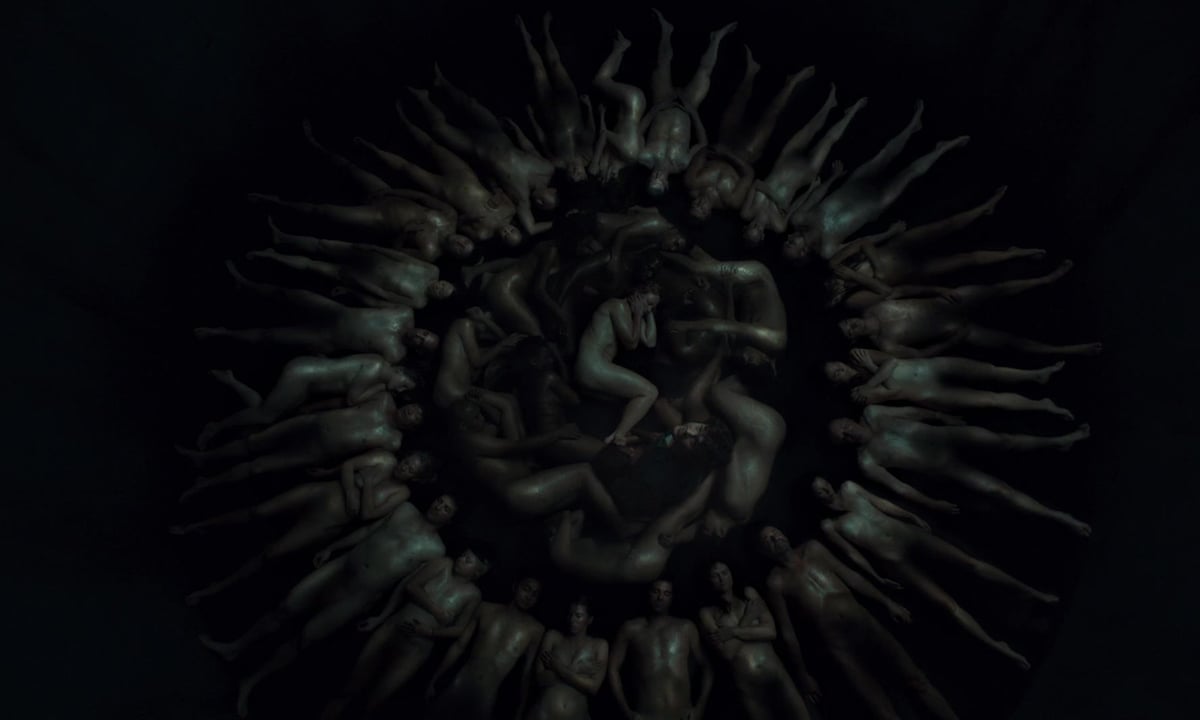 Few action sequences on Hannibal don’t involve our principals, but “Sakizuke” opens with an escaped would-be victim, who wakes from presumed death to find his body sewn into a human color palette, then pursued by a madman through tall grass, then to a cliff, and over it. True to its name, “Sakizuke” isn’t a cornerstone or a keystone, but has component value just the same, trading extreme set pieces for a work-intensive hum of low menace, preferring to show the apex predator Hannibal Lecter with his claws retracted—ready, but still retracted. Memorably tart punches of flavor include Hannibal greeting the week’s killer from a raised skylight and Bedelia stepping all the way up to the bars of Will’s cell after various guests have remained behind the line, to whisper that she believes him.