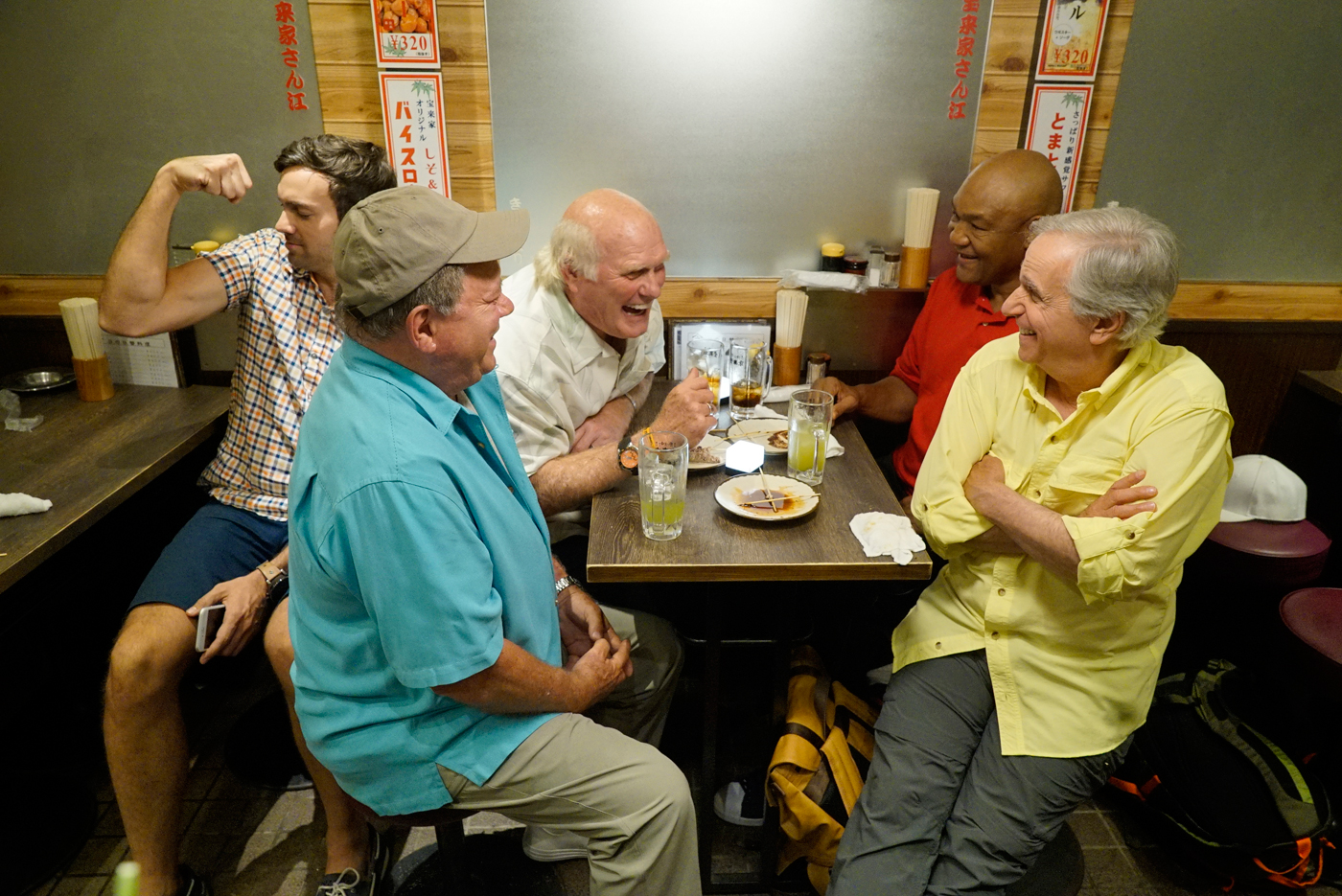 The reason why so many people subscribe to the old adage “Show, don’t tell” is to invite the audience into the story, to help them relate. The NBC reality/travel show Better Late Than Never, on the other hand, is so desperate for attention, so fearful that audiences will tune out, that it almost never stops explaining itself. And while the dizzying camerawork does its worst to exaggerate the otherness of each region of the world the show focus on, what really stops audiences from feeling a sense of connection to these places is the self-aggrandizing whirlwind of montages and PSA-level confessionals. This mercilessly edited program isn’t interested in thoughtful observations about the countries it visits, but on a sort of crass disaster theater, in which real-life, celebrity grumpy old men go on a Bucket List-style misadventure.

The opening scene’s lofty narration (“Exotic beauty, untold wonders, home to civilizations that have lasted for thousands of years”) is quickly snuffed out by a clichéd record-screeching sound effect; cut to a shot of the boorish American Terry Bradshaw putting his kimono-clad arm through a paper-screen wall as George Foreman guffaws. Better Late Than Never is several levels of hell beneath The Amazing Race, which at least glorifies the customs of the countries it lands in. Here, the focus is squarely on watching Henry Winkler practically spew atomic wasabi through his nose while on a bizarre Japanese game show. And for all the profound talk about friendship and adventure, Bradshaw encourages the audience to bet on which leg of the journey they think William Shatner will keel over on (his money’s on Thailand).

Sometimes the series slows down to allow for genuinely odd moments to develop on their own, rather than being generated by exaggerated camerawork and jarring flash editing. It feels authentic when a drunk, naked Japanese salaryman stumbles into the sleeping capsule next to Winkler’s, leaving the cast agape. But Better Late Than Never doesn’t know how to let scenes like this live on their own. Instead of taking in the experience, the gang’s “tour guide,” Jeff Dye, drops his own trousers, refocusing the narrative on him. Instead of offering cultural immersion, the show indulges in comic appropriation. When the cast realizes that the delicious yakitori they’ve been eating is made from pork vagina, the emphasis swiftly shifts from the food and toward an excruciatingly artificial series of reaction shots.

When the cameras simply roll unedited, we get brief flashes of the touchingly authentic, with a mealtime discussion of the cast’s trepidation about signing up for the series leading into a frank look at how fear might help an athlete focus, but how it can cripple an actor. But even in these quieter moments, the editors don’t know how to frame the narrative, so instead of leaving audiences with Shatner’s honest-seeming fears of death, the scene peters out with Winkler rambling on about how there’s a weird taste to his meal. The pilot episode’s most authentic moment isn’t the prepackaged one in which Bradshaw leads the gang in a patriotic song as they look at Mount Fuji from afar, but rather the one partially recorded by Winkler’s cellphone camera, which features the cast casually singing karaoke on the bus ride back.

To put it in the words of another famous old man, Rodney Dangerfield, Better Late Than Never has no respect for what it’s doing. There’s no sense of scale for the size of the Tokyo Tower or the amount of people that move through Shibuya Crossing; instead, descriptions of these “breathtaking” experiences are left to Bradshaw, who’s terrified of heights, and Shatner, who attempts to pantomime the crisscrossing traffic. There’s a cool-looking “Robot Restaurant” in which Bradshaw and Shatner joust toward one another on chairs that have fists coming out of their tops, but the cameras are so tightly focused on the cast that the actual action of their “battle” is lost in translation. Instead of the camera panning around the neon-lit room to showcase the dancers’ costumes or bizarre movements, “fun” pop-up facts obfuscate the action—ironic in this instance, since the show is talking about how dancing used to be prohibited in Japan. The entire sequence is a blur of motion that feels more like a deleted scene from The Hangover than anything real.

Review: The Exorcist: Season One

Review: The Get Down: Season One