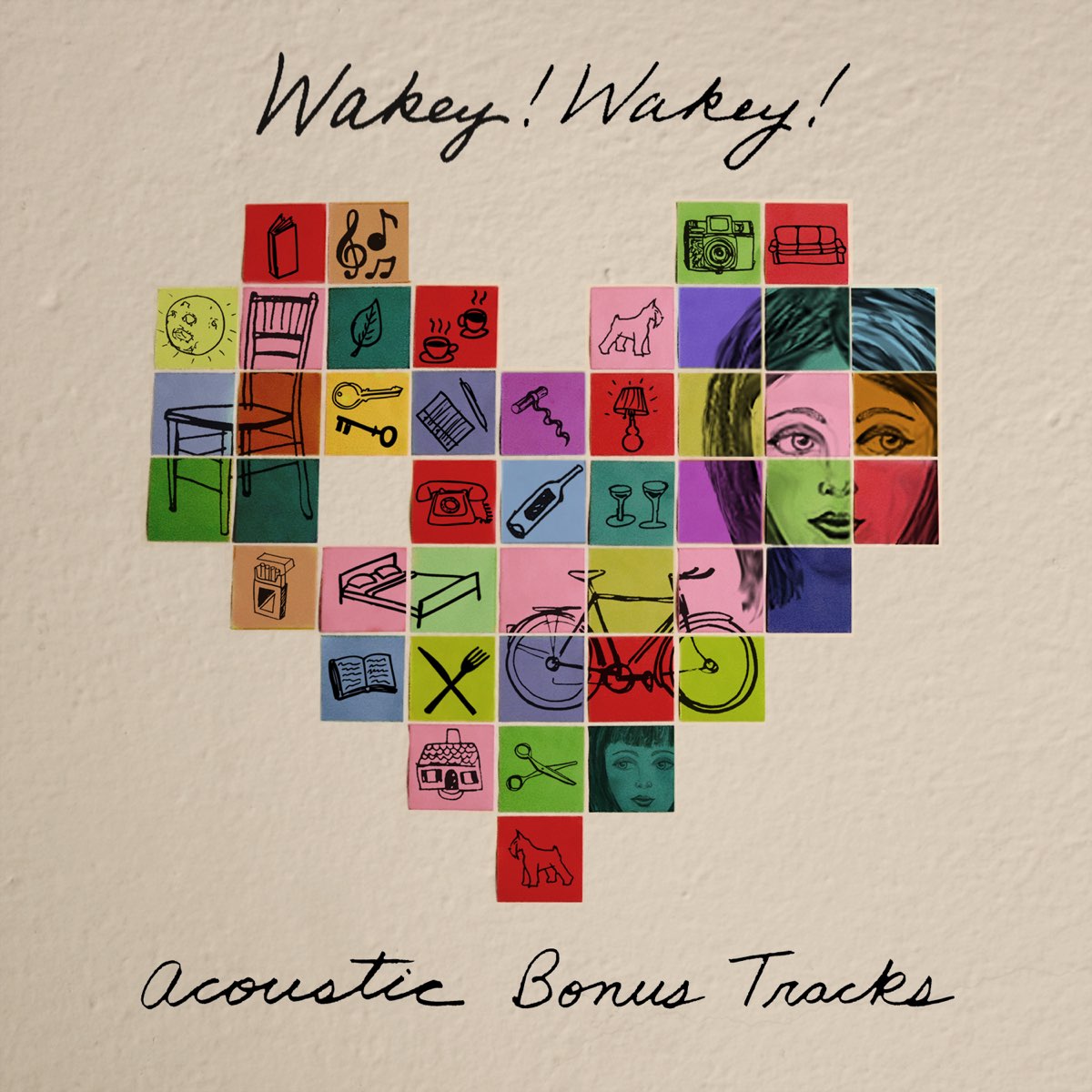 Maybe it’s just because its main demographic skews about a decade too young for me, but as far as I can tell, the only thing that One Tree Hill has really contributed to the world beyond the CW is its theme song. A ubiquitous and frankly terrible single, Gavin DeGraw’s “I Don’t Want to Be” has polluted airwaves and American Idol stages for the better part of a decade. After hearing that song’s refrain in every coffeehouse, mall, and rom-com trailer for years, it’s just a matter of basic conditioning that one would assume that any music associated with Tree would be awful.

As it turns out, that isn’t the case. Mike Grubbs, who co-stars in the long-running drama, is the frontman for indie-pop outfit Wakey!Wakey!, whose full-length debut, Almost Everything I Wish I’d Said the Last Time I Saw You…, displays an inventive, freewheeling approach to pop songcraft. While Grubbs and his cohorts share certain influences with DeGraw (the piano-driven songs of vintage Elton John and Billy Joel figure heavily into the mix), they ultimately put them to more interesting use. On the title track, the percussion line and string section build a real sense of momentum as Grubbs launches into the outsized chorus. Instead of going for bombast, the arrangements are more restrained and focused on the structure of individual songs.

That choice plays to the band’s strengths. Grubb has acquired an ear for an indelible melody from his years in musical theater, and standouts “War Sweater” and “Take It Like a Man” showcase his facility with dramatic crescendos and tempo shifts. That he incorporates a tuba and a full backing choir alongside more expected flourishes like the handclap break on “Got It All Wrong” gives the record an interesting sonic palette. Perhaps what impresses most about Everything is its low-key production: The sound here is dense, but it doesn’t draw attention to itself in the way of, say, a Grizzly Bear album.

Instead, the production choices are in service to the songs. Lead single “22” bounces along a strutting, deceptively deep bassline that gives a sense of levity to its lyrical hook, “You should go home before your money’s all gone,” which Grubb stretches into an exuberant wordless chorus. With his occasionally wiseass turns of phrase and pop classicist instincts, Grubb recalls Rufus Wainwright and Ben Folds in their better moments. When he calls on his rotating cast of collaborators and follows his creative impulses, Grubb makes Wakey!Wakey! a far more rewarding project than one might expect from someone associated with a show that once cast Kevin Federline in a multi-episode arc.

Review: The Whigs, In the Dark