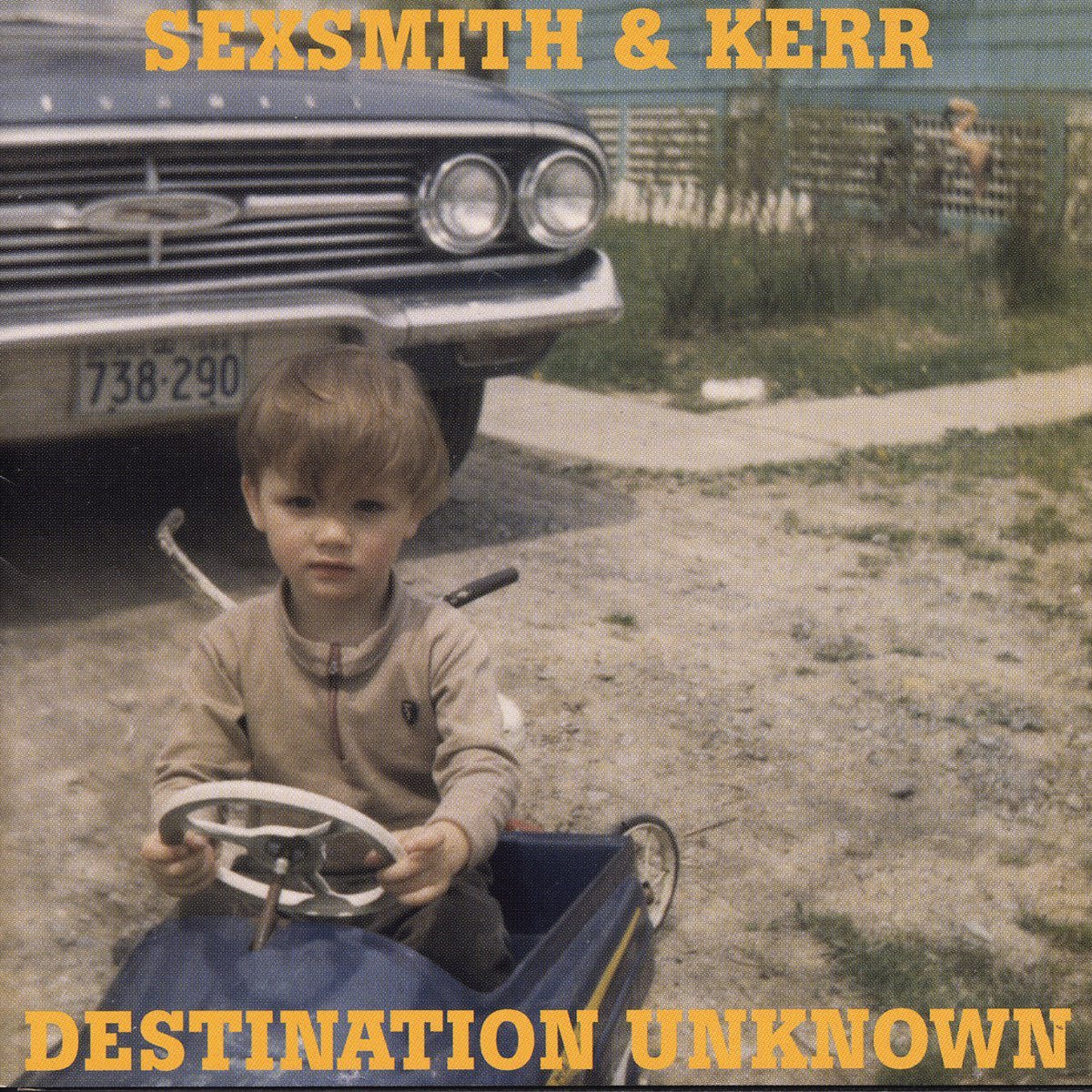 Ron Sexsmith and the Rheostatics’s Don Kerr (a veteran indie rock producer who toured with Sexsmith as part of his band) mingle like a pair of acoustic tenor angels on Destination Unknown. “Misfit songs sung by a couple misfits” is how Sexsmith describes this collaboration, but the gently folkified pop/rock found on these 13 tracks is nevertheless instantly familiar; much like his criminally underappreciated catalog, Sexsmith’s faintly gritty tenor wraps itself around these evocative vignettes like so much barroom smoke.

Childhood is a theme that’s evident in the disc’s packaging and it’s one that carried over to the songs: “Lemonade Stand,” “Tree-Lined Street,” the sweetly mournful “Raindrops in My Coffee,” and “Diana Sweets” manage a practically Proustian level of sense memory recall. A largely acoustic affair, laced with pedal steel and dobro, this unplugged set, produced by Kerr, is a minor-key stunner that rewards repeated listens and in a just world, would win this deserving artist legions of new and rabid fans.

Sexsmith’s 2004 full-length, Retriever, was a melancholy singer-songwriter affair that dealt with the string of harsh events experienced by the troubadour; expanding his sound and threading a world-weary perspective through his songs, Sexsmith delivered an unassuming, wounded masterpiece. By contrast, Destination Unknown is a fairly upbeat (for the most part) and engaging record that’s aided tremendously by Kerr’s reedy vocals. While the title suggests an aimless amble through the back roads of life, Sexsmith knows precisely where he’s going and easily entices you to join him on the journey.