In a message posted to Nick Cave’s online portal The Red Hand Files, a woman named Malina asked a hard, raw question: “My husband died some years ago but I feel him all around. How can this be?” Cave replied that, for those who’ve lost someone, “Sometimes these intuitions hold more truth than the rational world can ever hope to offer—when we are faced with a world that has long since stopped making sense and, indeed, lost its reason.” Released four years after the accidental death of the singer’s 15-year-old son Arthur, Nick Cave & the Bad Seeds’s Ghosteen explores those intuitions with immeasurable generosity, acknowledging the line that separates magical thinking and faith, and the contradiction between the individual pain of grief and the universality of death.

Sonically, Ghosteen is not unlike its predecessors, Push the Sky Away and Skeleton Tree, each propelled by Warren Ellis’s unearthly, pulsing synthesizers rather than a traditional rhythm section. Although most of Skeleton Tree was written before Arthur’s death, it’s often interpreted as being marked by a ghostly presence thanks to those weightless, searching synths. And while they’re still very much present here, Ellis and Cave create an ambient field where all of the ambiguities of grief and hope can exist at once.

Across much of Ghosteen, those synths expand and contract, seeming to leave Cave’s voice floating alone in the abyss. And yet, again and again, a choir rises out of the gloom to join him. “Peace will come,” they sing on “Spinning Song,” and it sounds like an assurance from those who’ve walked this path already, or a wish made by all the people left behind.

For Cave, communal grief seems often as beautiful as it is painful. He calls us all together to witness the “spiral of children climb up to the sun” on “Sun Forest,” and invites his “darling” to watch the vessels carrying the dead “circle around the morning sun” on “Galleon Ship.” Elsewhere, though, not even that bright light is enough to outshine the darkness: Sweeping strings give way to a stomach-dropping bass on “Hollywood” when “the kid drops his bucket and spade and climbs into the sun.” When he dreams that he’s holding Arthur’s hand on “Bright Horses,” or reassures a loved one—perhaps his son, perhaps his partner—that he’ll always be there on “Waiting for You,” Cave’s voice is shot through with pure emotion.

Those imagined “riders” of “Galleon Ship” gallop through Ghosteen like an omen. On “Night Raid,” Cave sees the same “bright horses” running through the streets on the night of the conception of Arthur and his twin brother, Earl, as a dampened bell tolls in the background, slow and funereal. They’re there again, “flaming” in the quasi-Eden of “Sun Forest” before Arthur is lost and he finds the trees burned, the horses screaming. He seems to try to find a pattern, a way of working the chaos of loss backwards to a single point in time, but “nothing can be predicted, and nothing can be planned,” he concedes on “Fireflies.”

In the end, it’s impossible to know what parts of these visions can be understood as an expression of grief and what’s simply beyond explanation. “Horses are just horses and their manes aren’t full of fire,” Cave concedes on “Bright Horses,” but that doesn’t mean he can’t believe that there’s more than what he can see, and by the end of the song he can “hear the horses prancing in the pastures of the Lord.” On Ghosteen, Cave doesn’t offer any answers, but there’s comfort to be found in keeping the questions open-ended. 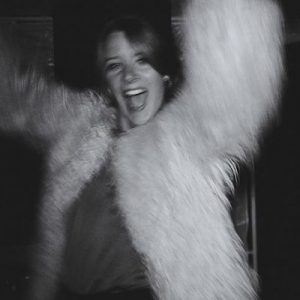 Anna Richmond is the co-founder and editor of The Tung.