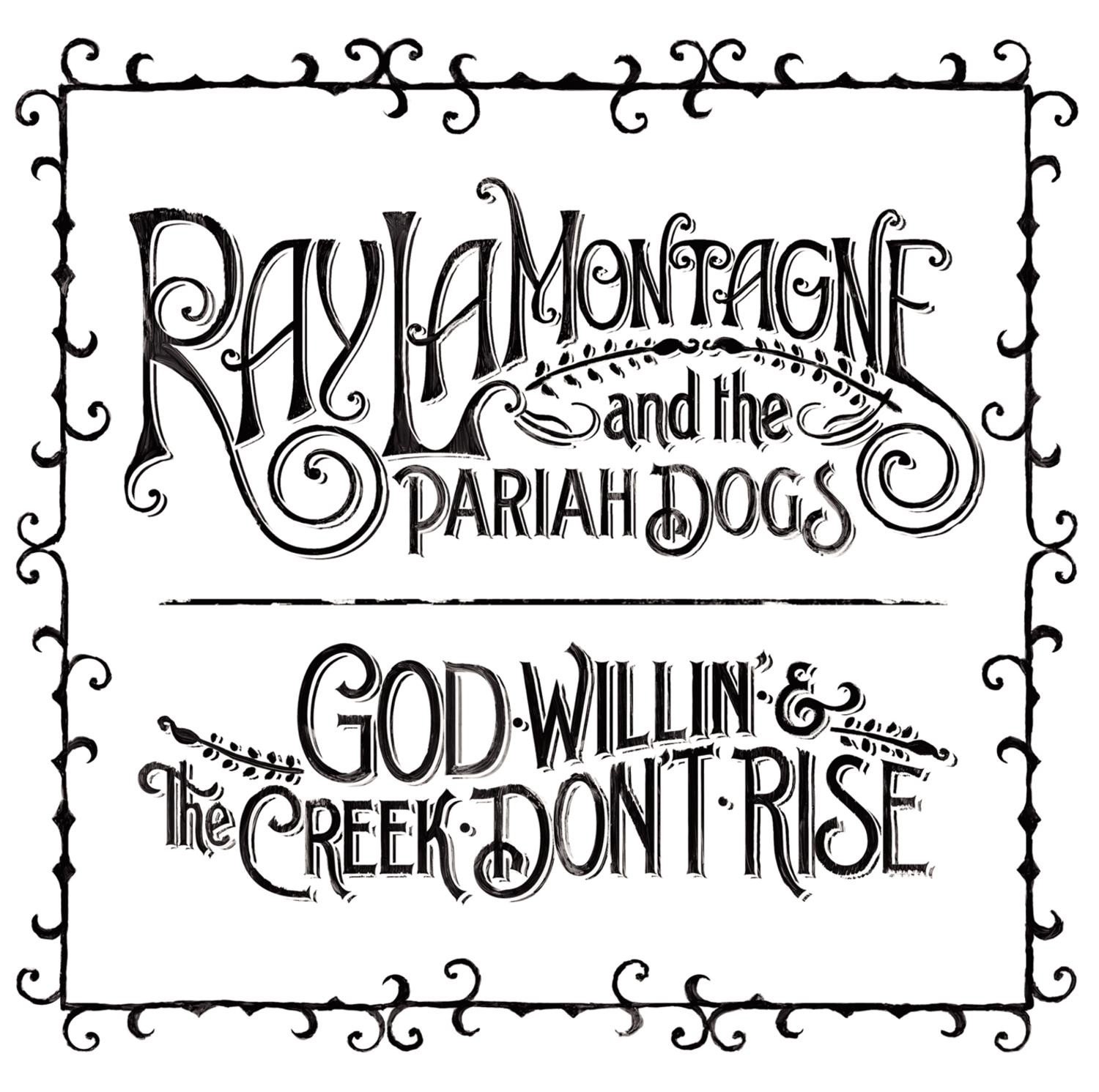 Now four albums into his career, the only thing that seems to connect Ray LaMontagne’s records to each other is his incomparable voice. For God Willin’ & the Creek Don’t Rise, LaMontagne and his newly formed, ace backing band the Pariah Dogs lay down a rich, soulful groove that draws heavily from vintage R&B, blues, and country. Stylistically, it’s another shift for LaMontagne, whose last effort, Gossip in the Grain, was a relatively sunny take on ‘70s-era rock and was a surprising turn from the Van Morrison and Tim Buckley folksinger conceits that made up his first two albums.

Fortunately for LaMontagne, the deeply textured arrangements on God Willin’ & the Creek Don’t Rise work perfectly with his distinctive vocal presence. On songs like “New York City’s Killin’ Me” and “Old Before Your Time,” LaMontagne sings as though he’s embarrassed by the thought of someone else hearing him. He can belt out a blues number with real conviction, as he does on the phenomenal closing track “Devil’s in the Jukebox,” but he brings a startling degree of vulnerability to his performances. And aside from a handful of isolated singles, that skill has never been put to greater use than it is here, on his turn as a would-be blues man.

Opener “Repo Man” finds LaMontagne at his most forceful, as the Pariah Dogs do their best Black Keys impersonation behind him. The groove is just so thick and has so much force behind it that the song drags on perhaps a few bars too long, but its hook (“What makes you think I’m going to take you back/I ain’t your repo man”) is inspired enough to make that forgivable. A more significant problem is that, with “Repo Man” and “Devil’s in the Jukebox,” the album is bookended by its two strongest, most uptempo cuts. Individually, the folkier songs in the middle run of the album are all fine: the coming-of-age rumination “Beg Steal or Borrow” is a deceptively heady take on a standard trope, while “Are We Really Through” and “This Love Is Over” make for a powerful one-two punch. But the pace of the record tends to drag in its midsection, making the album seem a good deal longer than it actually is.

Since the album finds LaMontagne working without producer and multi-instrumentalist Ethan Johns for the first time, it isn’t terribly surprising that the singer is a bit unsteady in taking the reins. Still, it’s the things that LaMontagne gets right on God Willin’ & the Creek Don’t Rise that make it his strongest, most cohesive album to date and a deeply soulful take on contemporary blues and folk.

Review: John Mellencamp, No Better Than This

Review: S. Carey, All We Grow