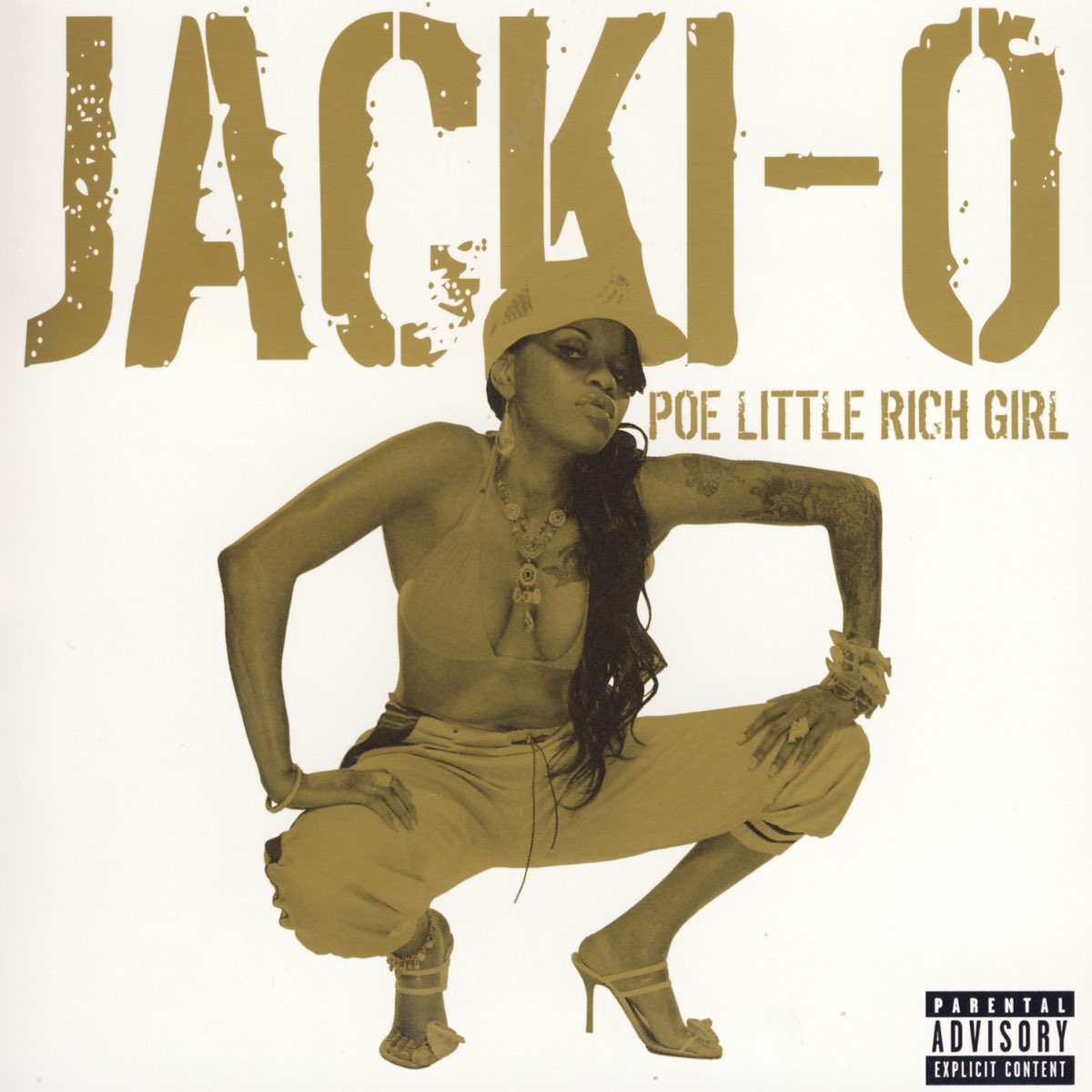 According to a recent poll, 17% of people believe the world is going to end in their lifetime (up from 1% 10 years ago). Exhibit #1: the track “Pussy (Real Good)” from Jacki-O’s Poe Little Rich Girl, proof positive that the world may indeed be coming to an end. The track rivals Lil’ Kim’s “Big Momma Thang” and Khia’s “My Neck, My Back (Lick It)” as the skankiest song ever (“She my best friend/She keeps it real/I love my pussy/Pussy pay my bills,” she slurs), but while Jacki’s been compared to fellow Southern rap gals like Khia and Trina, she’s got more in common with dirty rap’s reigning queen Lil’ Kim. Rich Girl scores points for being downright preposterous (read: fun, unlike Trina), as evidenced by the male hook of “Ms. Jacki”: “Ms. Jacki, you so nasty/I can smell the sweet pussy when you pass me/Real nasty, you so sassy/If it’s worth it let me work little ass, see?” That song, along with tracks like “Break You Off,” “Somebody’s Getting Fucked,” in which Jacki again boasts about her relationship with Pussy, and “Sugar Walls” (yes, another reference to her vagina), prove just how influential the notorious K.I.M. has been. Then there’s “Gangsta Bitch,” the obligatory gangsta street-cred track (she’s not just a slut, she’ll cut you too bitch!). It’s not until the endearing “Pretty” and “Ghetto World” that Jacki becomes a little bit less of a caricature and we get a sliver of insight into her world—whether or not she’s a slut in real life (and it’s pretty safe to assume that she is), she’s doing what she needs to do to make a better life for herself, which makes “Pussy” go from hilarious to just plain sad. Sex sells and the oldest profession in the world probably won’t go away until, well, the end of the world.

Review: Swing Out Sister, Where Our Love Grows