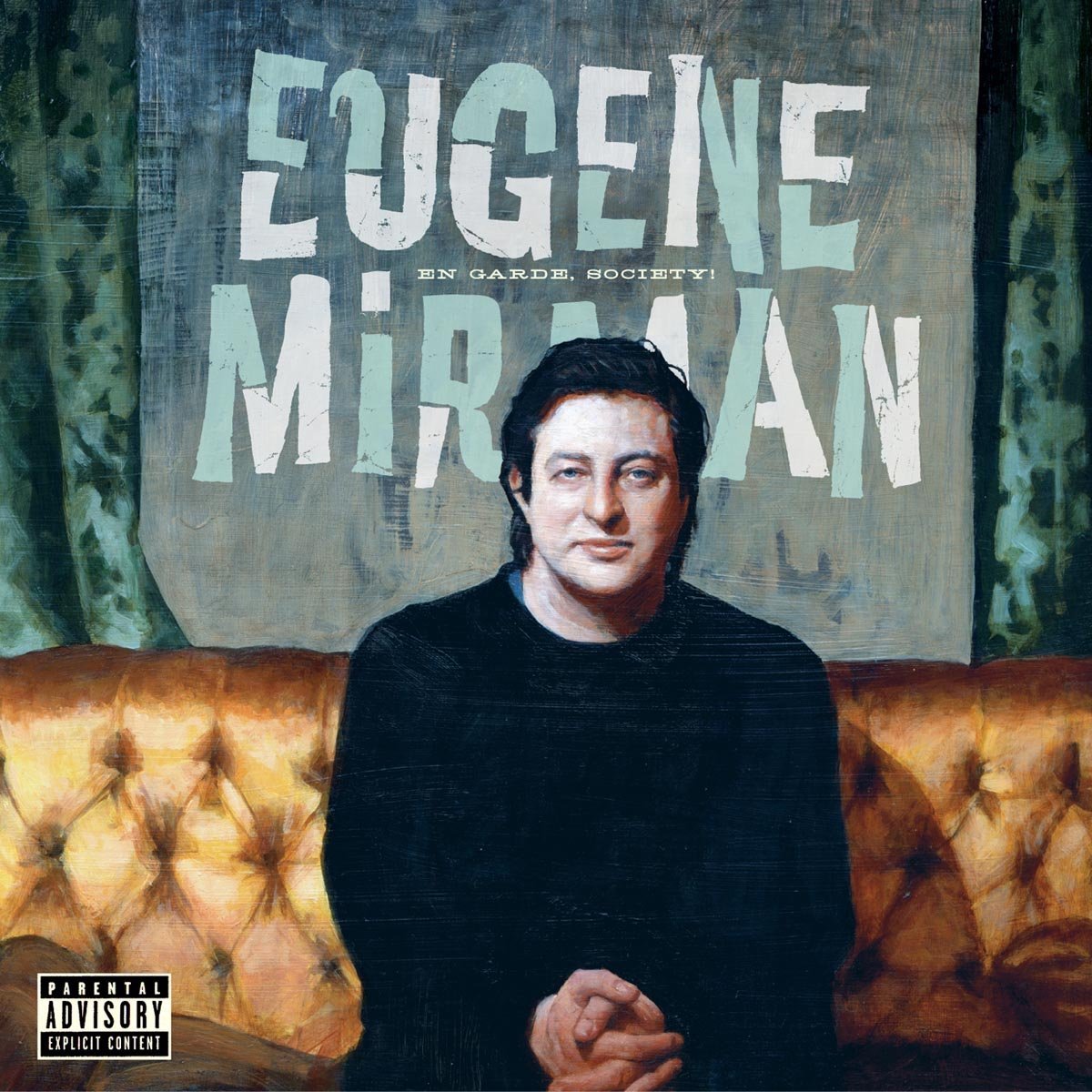 Comedy, circa the 21st century, generally comes in one of two flavors: mainstream or indie. The mainstream comics—the Blue Collar fellas, Dane Cook, or even those stand-ups anchoring weekly sitcoms—are reliably safe, if occasionally profane, and stay away from incendiary topics. The indie folks, on the other hand, revel in pushing the envelope and almost daring audiences to laugh. Funnymen like David Cross, Patton Oswalt, Lewis Black, the late Mitch Hedberg, and Robert Schimmel are scatological, offensive, sexist, racist, and, quite often, painfully funny. Russian émigré turned stand-up comedian Eugene Mirman falls squarely in the latter camp; his non sequitur-laced delivery and deadpan recounting of bizarre situations ranks him at the forefront of comics working today.

En Garde, Society! is the New York-based comedian’s second stand-up recording, following 2004’s The Absurd Nightclub Comedy Of Eugene Mirman. Mirman’s willfully idiosyncratic humor won’t be to all tastes, but for those who stick it out, there’s plenty of sidesplitting material here. Coming on like Steven Wright, Mirman’s quirky observations sound like standard open-mic fodder, but with an oddball twist (on new slogans for abstract concepts like freedom: “Here’s one…‘Freedom: You can come on its face, it likes it!”). As with all non-mainstream comics these days, some of the latter portion of Mirman’s set involves political humor, but nothing particularly outré; the disc culminates in Mirman walking offstage, driving home while thinking about the show, and performing a truly bizarre number titled “The Goodnight Song.”

The CD is accompanied by a DVD, which includes a glimpse of Mirman’s other creative outlet: short films. “Sexpert,” “Special Agent: Eugene Mirman,” “Scotch And Soda,” “Secret,” “Sad Boy,” “Punk,” “Video From The Future,” “Sir Eugene,” and “Special Agent: Michael Showalter” are included, with optional Mirman commentary. If you didn’t know who he was before you experienced En Garde, Society!, you will when you’re done.

Review: Mates of State, Bring It Back