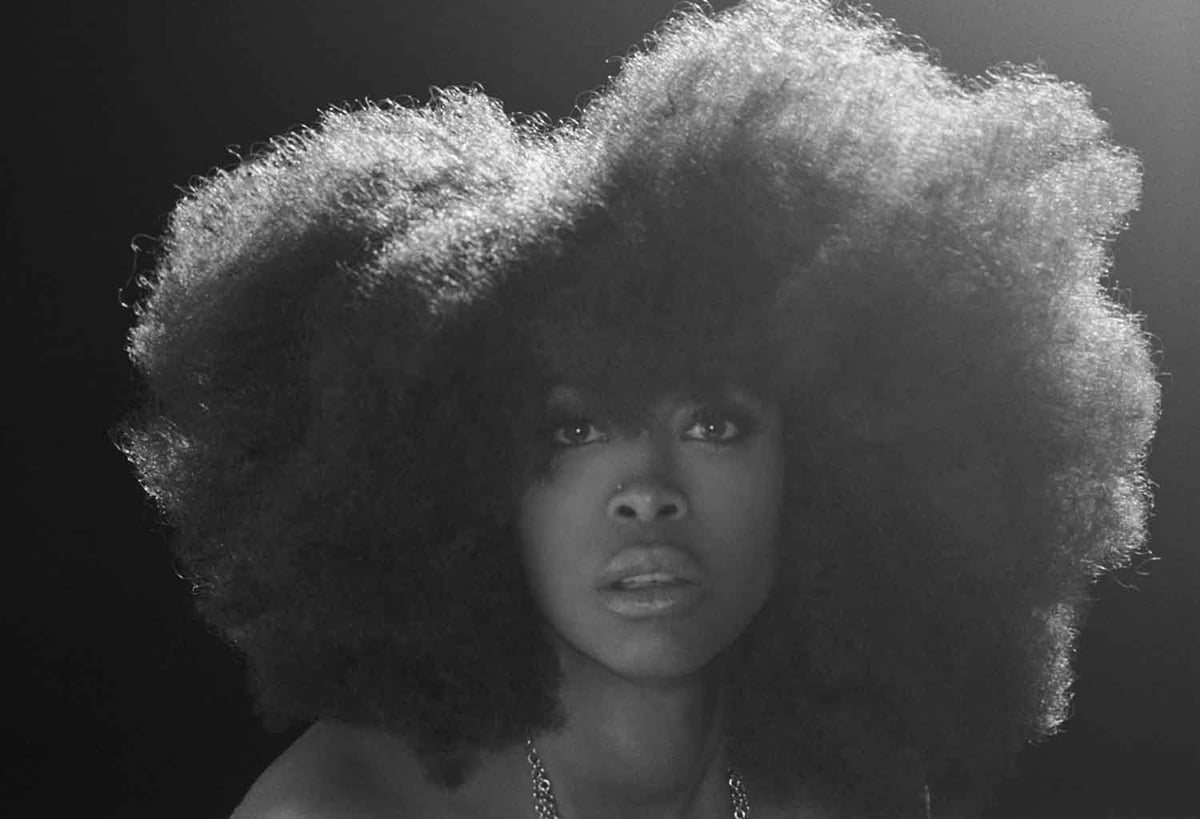 More action, more excitement, more everything! Thatâ€™s the opening salvo and promise of New AmErykah: Part One (4th World War), and thatâ€™s exactly what Erykah Badu delivered at Radio City Music Hall on Friday night, in a set that ranâ€”no jokeâ€”almost three hours. The Roots opened, coming and going in half an hour and daring to perform “You Got Me” without Badu, whose mammoth performance seemed predicated on giving us her nose, her toes, her eyes, her ears, her hands, her lips, her tongue, her thighs. In addition to a live band and a quartet of backup singers, her arsenal included a laptop, which she toyed withâ€”at one point with her tongue!â€”to produce some of her new albumâ€™s trippiest sounds (next to Manu Chao, no artist makes headier use of recurring sounds and lyrics), and a deliciously multi-tiered black dress she would peel off by the end of the show for an aerobic interpretation of “Green Eyes” from Mamaâ€™s Gun, showing us that her playful sass is very much her dominant force.

Given their ties to performance poetry, conscious hip-hoppers like Badu, Jill Scott and the Roots are always flirting with pretense, but theyâ€™re musicians enough to make their musings about social injustice and unity feel emotional and vibrant, and theyâ€™re canny and brave enough to acknowledge and confront their sense of ego (as in Baduâ€™s metarific “…& On”). But New AmErykah thrives less on self-reference than Mamaâ€™s Gun, even the masterful and undervalued Worldwide Underground, but like those two albums, this spastic gem sees Badu still truckinâ€™â€”way out there, crossing borders and mashing genres to create a sound that is nearly without equal in todayâ€™s hip-hop, though sheâ€™s never flaunted the range and nuttiness of her inland empire so fiercely and brazenly on stage before. And though her sound has become more ostentatious, her onstage aesthetic is practically minimalist: Gone are the Mother Africa garbs, replaced by more subtle allusions to her roots, sense of being and relationship to men, as in the way she coyly capped one song by placing her bongo drum on her head, evoking a water jug, or the phallus she constructed with her body and two red aerobic balls.

Pointing out that her sister is one of her backup dancers, Badu was often prone to sitting backâ€”legs crossed, head boppingâ€”and allowing others to hog her spotlight. Like Nina Simone before her, Badu lives in the moment and her joyous, sincere engagement with the audience belies popular belief that sheâ€™s nothing but solemn and self-involved: a friend of mine yelled out that he loved her, and she shouted her love back; strutting down the orchestraâ€™s main aisle with a bodygaurd in tow, she cut a song short to have a conversation with Leroy, a friend she hadnâ€™t seen in some time; and she brought an out-of-towner on stage so he could propose to his honey. It was an infectious, funktastic house party, and Badu made sure that we all felt invited.

Calling herself Medulla Oblongata, among other things, Badu sexily funked and grooved her way through much of New AmErykah (“Honey” being the most notable exception, though it was sampled briefly earlier in the show), referencing the documentary that inspired the albumâ€™s title (presumably Rick Rowleyâ€™s anti-corporate and anti-globalist screed The Fourth World War), preaching unity without condescension, and hopping back and forth between funk, soul, hip-hop and electronica (sometimes with her feet planted firmly where the four intersect) so seamlessly that it was tempting to read her performance as an affront to increasingly self-cocooning artists like Björk who rely so heavily on concept and technology that they forget their humanness. At its essence, the Vortex Tour is Ms. Baduâ€™s very special and singular way of declaiming her ever-evolving realness.