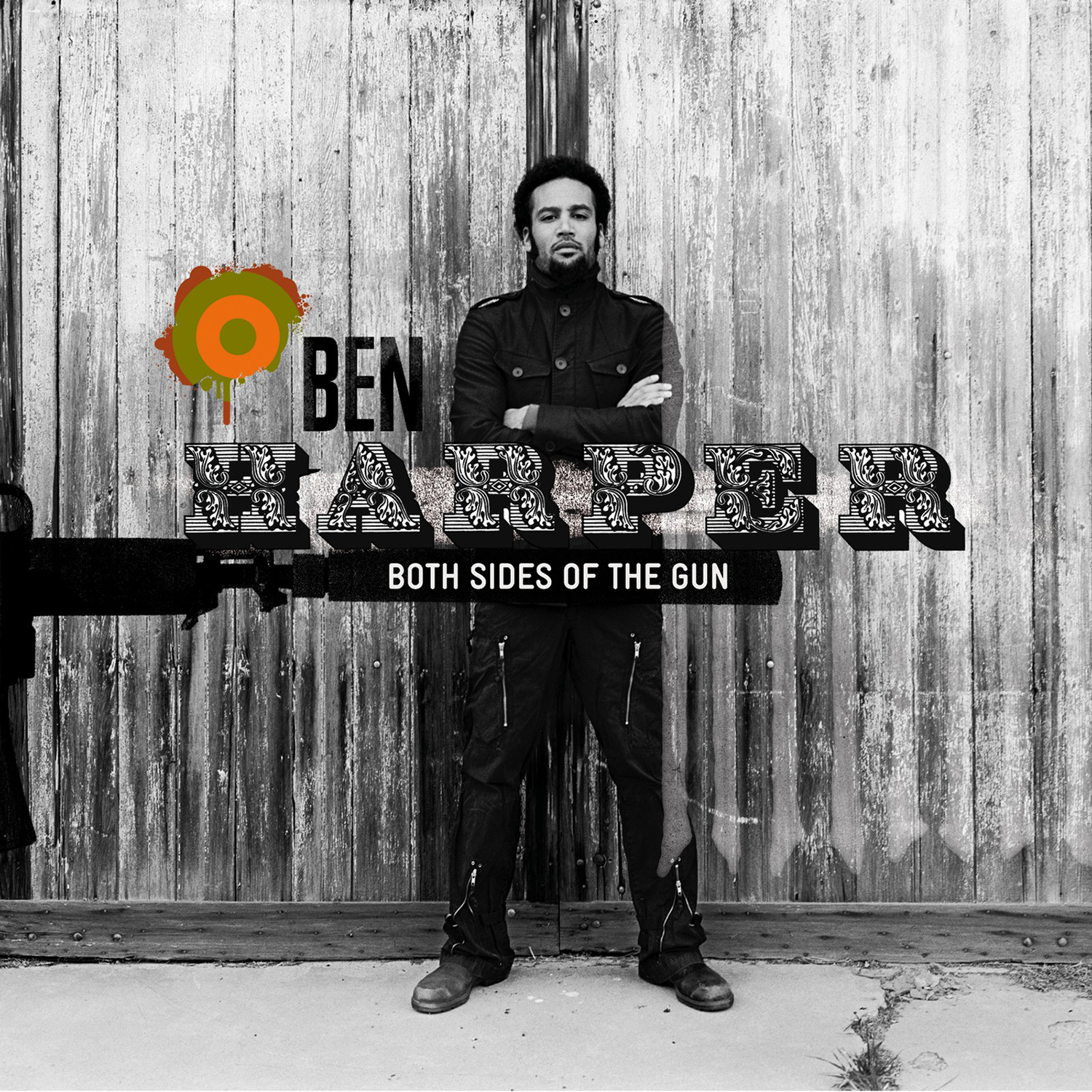 Ben Harper is an easy guy to root for. However obvious his influences might be (and he’s rarely put them on such deliberate display as on Both Sides of the Gun), Harper does have reasonably good taste and a respectable knowledge of and sincere affinity for classic soul, funk, and folk. And he’s developed a reputation for treating his fans more admirably than most artists on his level of success would deign—his online chats, in particular, are famous, and his live shows have inspired the kind of devotion most jam bands enjoy. All of which make it just as easy to wish that Harper’s albums were far better than they actually are. His first solo album in three years, Both Sides of the Gun is bifurcated into what Harper claims is a single record split over two discs, one of uptempo rock numbers and one of acoustic ballads, rather than a double album. The distinction doesn’t amount to much, though, since the album, like Ryan Adams & The Cardinals’ Cold Roses or Ani DiFranco’s Revelling/Reckoning, would make for a single, pretty good disc but for some editing of songs from each set that are internally redundant. From the rougher-edged disc that starts with “Better Way,” for instance, the rather dull, clichéd political protests of “Gather ‘Round The Stone” and “Get It Like You Like It” lack the punch and insight of the title track and Katrina-inspired “Black Rain” that precede them. The disc of ballads fares a bit worse, with Harper’s over-reliance on structures straight out of a rhyming dictionary—anyone surprised that “Morning Yearning” turns on the words “burning” and “learning” should read more—resulting in songs that come off more like Lenny Kravitz’s retro-posturing shtick than the work of the great songwriters Harper admires. While his ambition on Both Sides of the Gun is just another of Harper’s many likable qualities, ambition alone doesn’t make the kind of statement that the album’s scope and structure demands.

Review: Built To Spill, You In Reverse