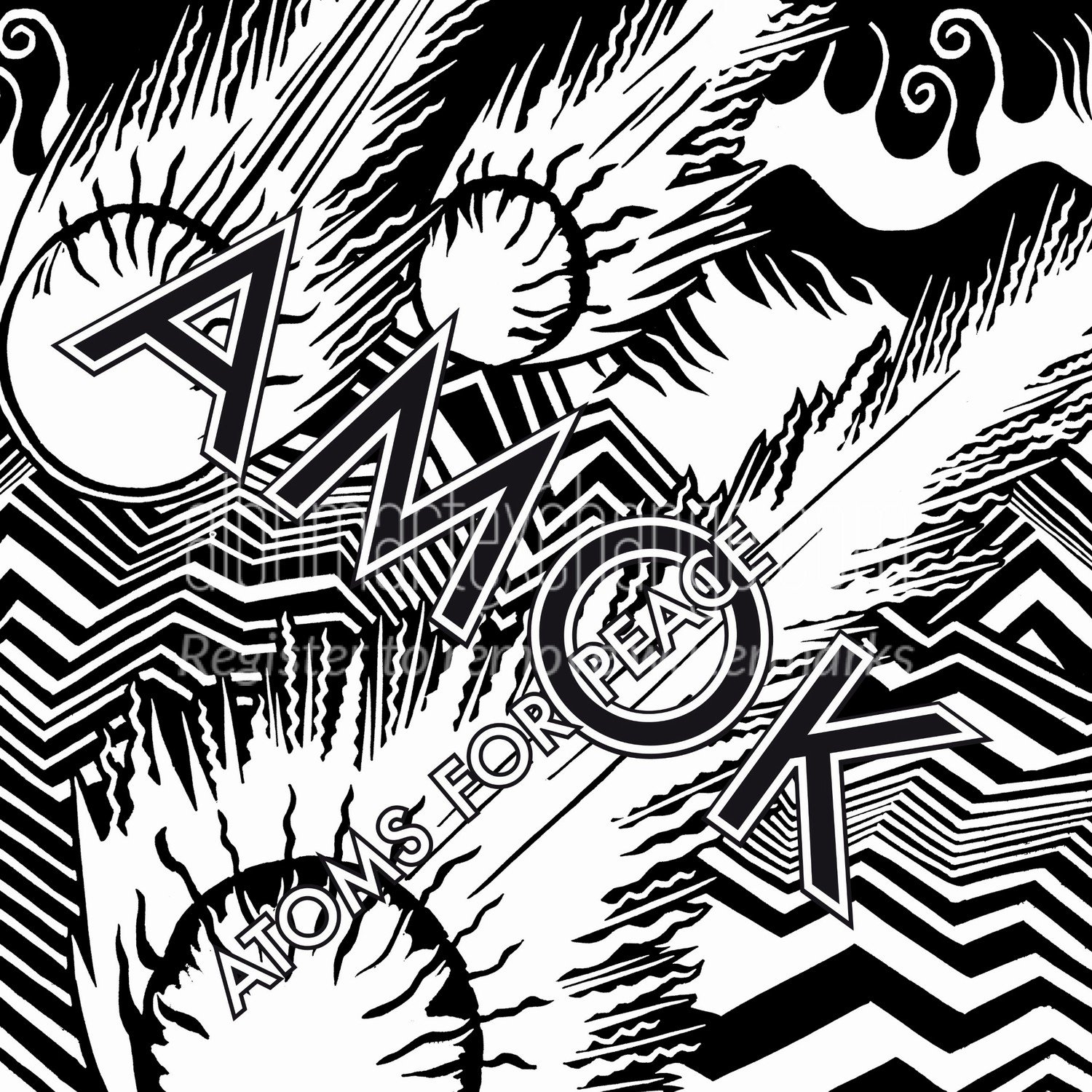 Believing there’s a substantial difference between the sound of post-Amnesiac Radiohead and supergroup Atoms for Peace is tantamount to outright denial. Half of this band is Thom Yorke and Nigel Godrich, after all, and assuming any collaboration from them will radically differ from Radiohead’s output over the past decade or so is as foolish as expecting a hypothetical Bono/Edge venture to sound like anything other than U2.

Still, the inclusion of Flea, longtime Beck drummer Joey Waronker, and David Byrne percussionist Mauro Refosco once suggested something funkier at work. Unfortunately, none of that is apparent on Amok, which fully remains the Yorke and Godrich show, remorselessly stuffed with the signature sounds of Radiohead’s brain trust: paranoid and fluttering soprano vocals; raspy, glitch-induced synth programming; and a treble-heavy production driven by a mix of live percussion and rapid-fire drumpads.

Of course, with the veteran players involved, it’s no surprise that Amok still manages to be a thoughtful, interesting effort. There’s an unexpected drive that bristles through Atoms for Peace’s work, one that listeners wouldn’t necessarily anticipate from a group of ‘90s alterna-stalwarts whose established bands have trended toward coasting for the past few years. Opening with “Before Your Very Eyes…,” Amok starts out business-like, with Flea’s nimble basswork and Yorke’s hyperactive but effective guitar melodies forming a buzzing, uptempo pace that gradually leads the track into a smeared maw of reverb and fuzz. Rarely, if ever, is a song on the album not guided by some constantly snapping instrumentation, and whether it’s the irregularly timed snares of “Reverse Running” or the revolving synths of “Default,” the formula for Amok basically comes down to pairing Yorke’s physical and lyrical isolation with layers upon layers of meticulous syncopation.

While that formula mostly works, it also happens to be the blueprint for Radiohead’s “Lotus Flower,” a fact that ultimately points to the album’s missed potential. With such richly diverse membership, it’s disappointing that Atoms for Peace is so highly derivative of Yorke and Godrich’s recent work. Most of the blame lies with Yorke himself: This has always been his pet project, purportedly formed as an avenue for him to pursue songwriting and performance away from his usual bandmates, and given his recent collaborations with Flying Lotus, Burial, and DOOM, one would expect this release to exhibit the rhythmic, experimental influence of those artists. And while elements of FlyLo certainly pop up, especially on the title track, Amok’s multi-genre exploration is faint at best, and Yorke fails to ever really spread his wings beyond the neurotic prophet role he’s assumed for the past three decades.

The result is essentially a collection of agile, minimalist rock songs with a handful of interesting but ultimately superficial electronica flourishes, stuff that could easily be shuffled in with the tracks from The King of Limbs with nary an interruption to either its aesthetic or thematic cohesion. Which means that, in setting out to produce something uncharacteristic of their oeuvre, Yorke and Godrich have quite ironically produced a fairly solid, if not stellar, Radiohead album.