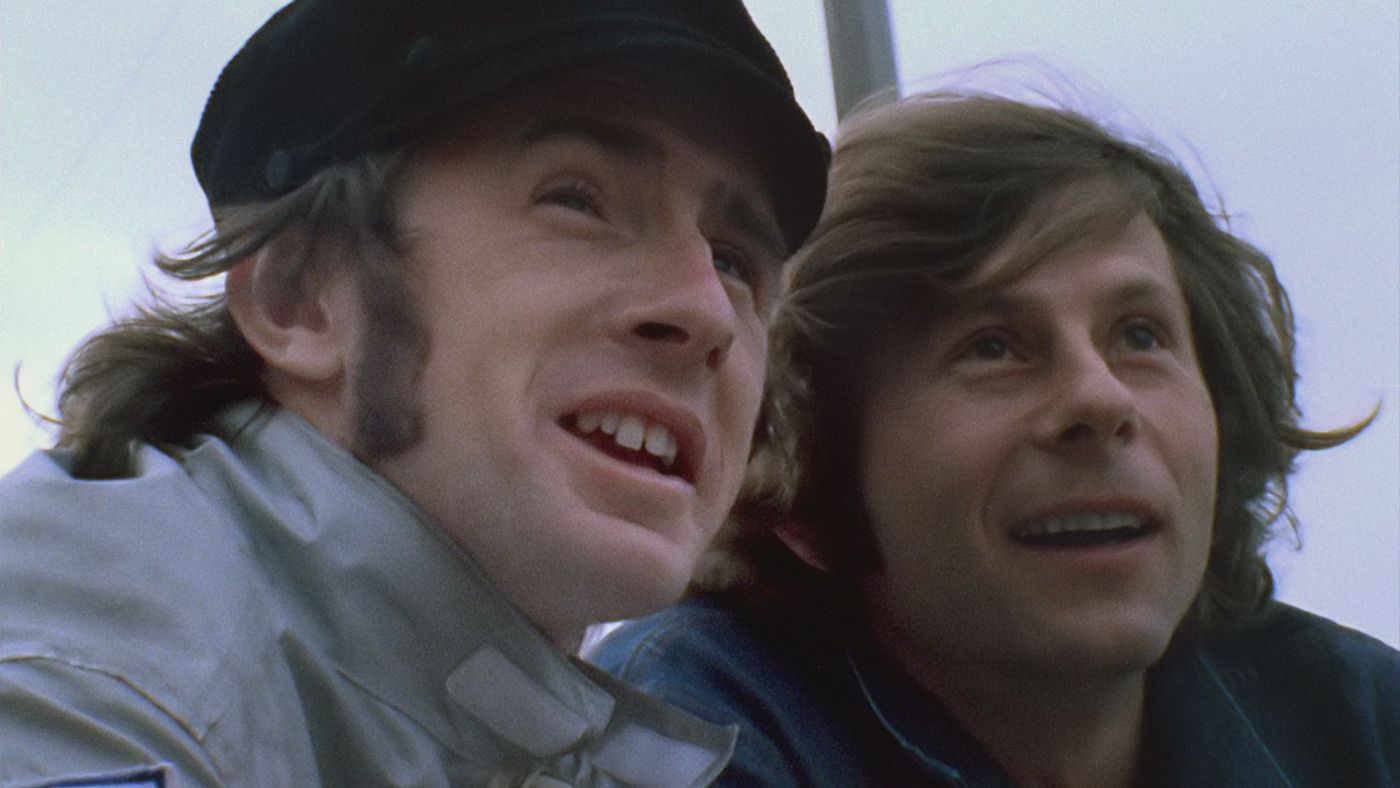 Frank Simon’s 1972 documentary Weekend of a Champion, a personal passion project co-starring and produced by Roman Polanski, is a vibrant piece of cinéma vérité about popular driver Jackie Stewart, who was at the height of his career during the 1971 Monaco Grand Prix. In the early ‘70s, Formula 1 racing was at its most lethal, as certain safety rules and regulations had yet to be implemented, and to illustrate how dangerous the sport was then, the film treats us to lengthy conversations between Stewart and Polanski in which the former shares certain tricks of the trade: how to maintain ideal top speed without losing control, the best time to brake after prolonged acceleration, how to avoid crashing when a rival racer spins you. Stewart expounds this information with the coolness and pragmatism of a calculated professional; for someone as skilled as him, success wasn’t so much about conquering one’s opponent as it was about the complete fulfillment of his personal process—and, probably more significantly, staying alive.

The film’s most absorbing scenes don’t take place on the track, but in press conferences, meetings with crew members, and, in one particularly striking scenario, a motel bedroom, where Stewart and Polanski, in the middle of a leisurely breakfast (Stewart is wearing nothing but a pair of tighty whiteys), discuss how to handle a particularly treacherous curve using a cube of butter as a car. Of course, there are some more outwardly thrilling moments to counteract the long stretches of dialogue (in one sequence, a camera is mounted to the top of Stewart’s racecar during a rain-soaked trial run, resulting in a particularly volatile long take given added texture by the drops of water on the lens), but Weekend of a Champion is at its most fascinating when illustrating how Stewart, a smooth and focused driver, was equally as lucid in his preparation, authoritatively and pedagogically discussing the nuances of his trade.

This theme of refined rhetoric is fully realized in the film’s recently recorded coda, wherein Stewart and Polanski reunite to discuss the film in the same aforementioned hotel room. (For what it’s worth, both men are fully clothed this time around.) Their conversation has a nostalgic air, and the popularity of sideburns in the early ‘70s is the first topic broached; Stewart, as if on cue, dives once again into the dangers of F1 racing, and the topic of death (and its intrinsic relation to the sport) takes center stage. Polanski, knowing death all too well himself, lends a sympathetic ear, a reflective gaze on his face. The scene, though in some ways a redundant summary of everything that’s come prior, suggests Weekend of a Champion isn’t as much a sports doc and as it is a dual character portrait of two people who escaped the clutches of death as young men, making it to old age thanks to a lot of smarts and even more luck.