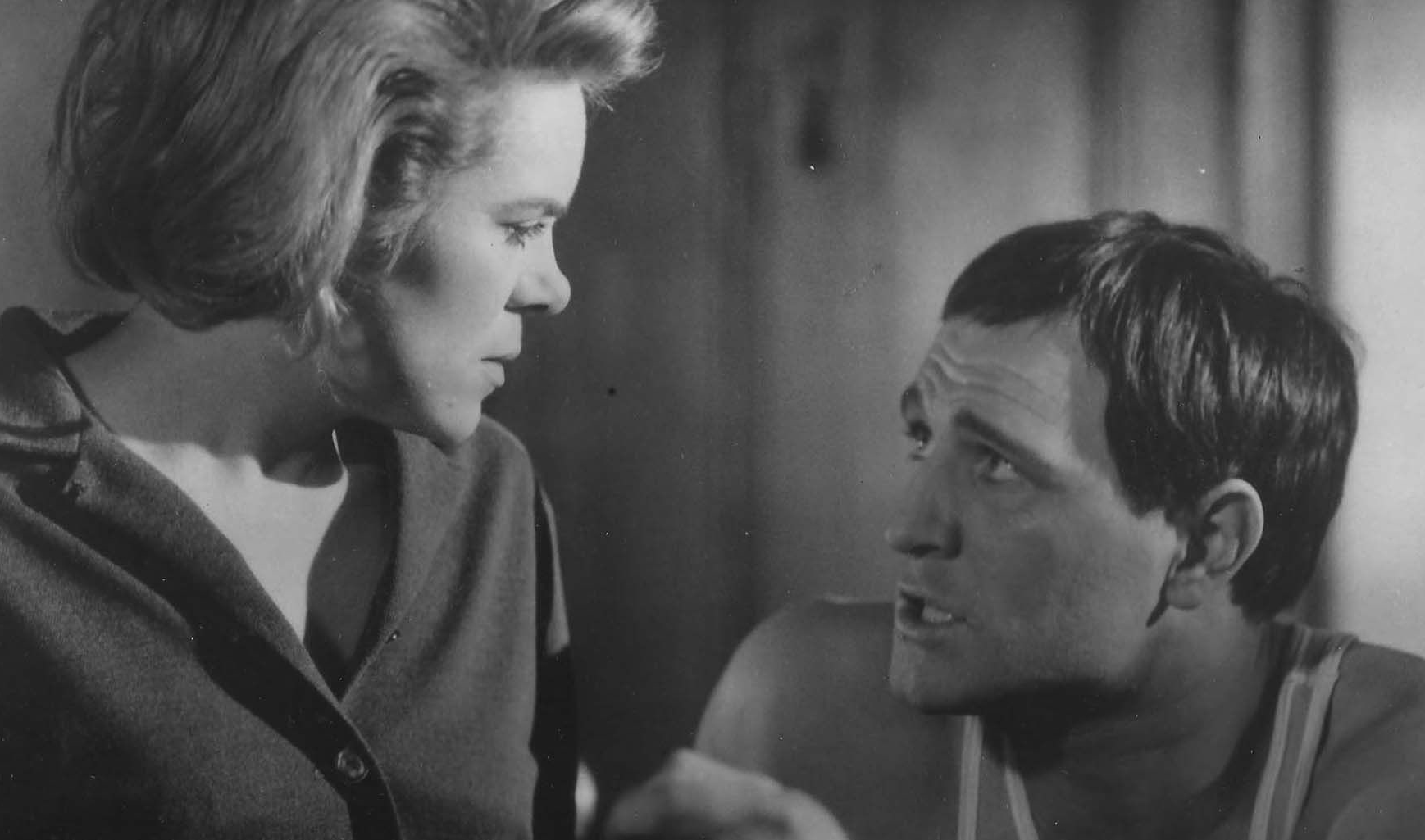 Working-class thug Frank Machin (Richard Harris) turns a dance club brawl into a tryout with the city rugby team, where he earns enough success, wealth, and fame to soothe the aching heart of the widow with whom he lodges, Margaret Hammond (Rachel Roberts). But Frank’s brashness in life and violence in showing his all-consuming love for Margaret—not to mention Margaret’s rare strength and ability to see past Frank’s flattery and understand that she is little more than another brutish conquest for him—leaves Frank alone, playing a game as dirty, hollow, and unrewarding as his previous jobs in the coal mines of northern England.

Forty years after its release, Lindasy Anderson’s This Sporting Life seems an anomaly: sports champion as anti-hero, where the sport itself represents working class life and is directly equated with working in the dirt, and a player is accused of doing nothing for the exorbitant amount of money he earns (well, that last bit’s not so unknown). Like all of the best sports movies, the film is not about the record of the team or the success of the character as an athlete, but rather about the qualities of the person who exists as a result of the game. In this way, This Sporting Life is a quintessential entrant in Britain’s kitchen-sink realism of the late-‘50s and ‘60s, by one of the era’s finest directors, produced by Karel Reisz (who directed one of the cornerstones of the genre, Saturday Night and Sunday Morning), and packed to stadium capacity with all the tenets of that artistic movement: a lower-class North England setting, crowded houses, domestic violence, sport and jazz used as symbols of the ragged life, abrasively nonlinear narratives that feature angry but consistently talented young men who are haunted by a cycle of bad memories and seemingly cold, unattainable women.

The shining difference here is that the “angry young man” is, in fact, old, closer to Richard Burton’s jazz trumpet playing stiff Jimmy Porter in Look Back in Anger but a generation removed from kitchen-sink’s other athletic figurehead, Tom Courtenay, engaged in a far more stately pursuit in The Loneliness of the Long Distance Runner. Unlike these filmic peers, who long to get out of the north, Frank Machin’s reason for living is the promise of a seemingly respectable home life with Margaret; his sharp edges soften to nothing in his games with the widow’s two kids, and it’s his interaction with them that begins to turn Margaret’s feelings. Anderson turns this somewhat familiar situation into a raw and exhaustive repression of feeling. Harris is explosive in the breakout role, converting his experience as a talented junior rugby player into his first Oscar nomination.

He brings to Frank the constant expectation of violence, especially against the quiet articulation of Robert’s own masterful performance. More important is his tender big-heartedness, which suggests that if life had thrown him a few more breaks, he’d be among the best of his generation. This same complexity accompanies many of British New Wave’s leading men, as well as athlete protagonists in American cinema just a few years earlier, including The Hustler and On the Waterfront. More than a little Waterfront Brando exists in this story, in several of the many quotable lines—“You’re so big, Frank, you’re so stupid, you don’t give me a chance”—and when Frank, six front teeth smashed after taking a punch on the field, must mumble through his lips. But the film, complete with Denys Coop’s exhilarating shooting during the rugby matches, is all England, and a hallmark of what is still one of cinema’s most endearing movements.

Catching Up, Part Two: Talk to Me