Sexually explicit cinema has existed practically as long as any other form of cinema. Culturally, we’ve done a decent job commending “art” that borrows from “pornography.” Consider, for one, the work of Catherine Breillat or Bernardo Bertolucci or Pier Paolo Pasolini. But what about pornography that grasps for art? Radley Metzger, director of such erotic milestones as Therese and Isabelle, The Lickerish Quartet, and Score, exemplifies this oversight perfectly. Metzger (the inverse of the more famous Russ Meyer) is all about uptown, high-class libertinism. His films are mostly set in Europe, with European casts, characters, and affectations. But he’s an American filmmaker through and through.

The Lickerish Quartet is set in an old family castle in a European wonderland. A husband, wife, and their son watch a stag film together and, while visiting town later on, encounter a dead ringer for the film’s starlet. The storyline involves the predictable fantasy trysts of the blond bombshell (Silvana Venturelli) with each family member. It all sounds risible on paper, but the immediate effects are rather powerful, as titillation is just one item on the menu.

There’s a fascinating historical context that can explain why it was that “classy” erotic cinema often took on Continental pretensions the way The Lickerish Quartet does. When the Production Code breathed its last gasp in the 1960s, popular cinema saw the phoenix-like rise of the MPAA. Concurrent with these mainstream developments came a deluge of pornography, erotica, and, oh yes, “educational documentaries” to American screens. European cinema played a major part in opening up this frankness—films like the Brigitte Bardot vehicles of the ’50s and ’60s were big hits, and a lot of this had to do with their sexual candor.

In truth, these “risqué” international films were often reedited and repackaged as something more explicit (and exotic) than they actually were. Metzger worked early on as a prominent editor and distributor in this scene, going to Europe to acquire American distribution rights to various films. He had some hits as a distributor, and with his second directorial effort, 1964’s The Dirty Girls, he stumbled onto a unique path of American-made erotica foregrounding classy European milieu. The Lickerish Quartet, with its multinational cast and its seclusion in an Old World, old money fantasy, makes for one of the most typical of Metzger’s productions.

One could fairly call Metzger’s work as both distributor and filmmaker mercenary for its shameless Euro-glamorization, but the prosecution also has to deal with the thorny issues of his undeniable technical talent and his willingness to tackle surprisingly complicated emotions and concepts. The father’s scene is an escape, taking place inside a room full of books, and the man fulfills his fantasy with Venturelli by escaping from the dead intellectualism the books represent for him. Meanwhile, the son’s scene is a romance, with beautiful fields of grass and trees constituting a free-flowing, happy initiation into sex—a fantasy of harmless, Oedipus-free sexuality. And the mother’s scene is essentially a release, as she’s a “prisoner” in the wine cellar, and the sexual fantasy fulfills her desire to break free.

These schematics embody a playful brand of high modernism. It’s not too far a leap to invoke Alain Resnais as a point of comparison; some of Metzger’s films, including this one, move hauntingly through space and time in describing abstract emotional states, a Resnais hallmark. One of The Lickerish Quartet’s overriding concerns is the capacity for the cinema to acknowledge and satisfy desires. The film projector gives life to each family member’s fantasies. During the son’s fantasy sequence with Venturelli, Metzger comically literalizes this metaphor in a graphic match where he cuts between a close-up of a projector light (the life-giver of fantasy) and the midday sun (the life-giver of reality). Metzger implies that we may have a hard time distinguishing between the two, and that the reconciliation of both may be the only way we can attain what we desire. 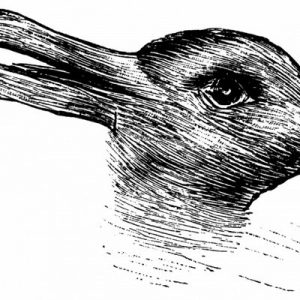