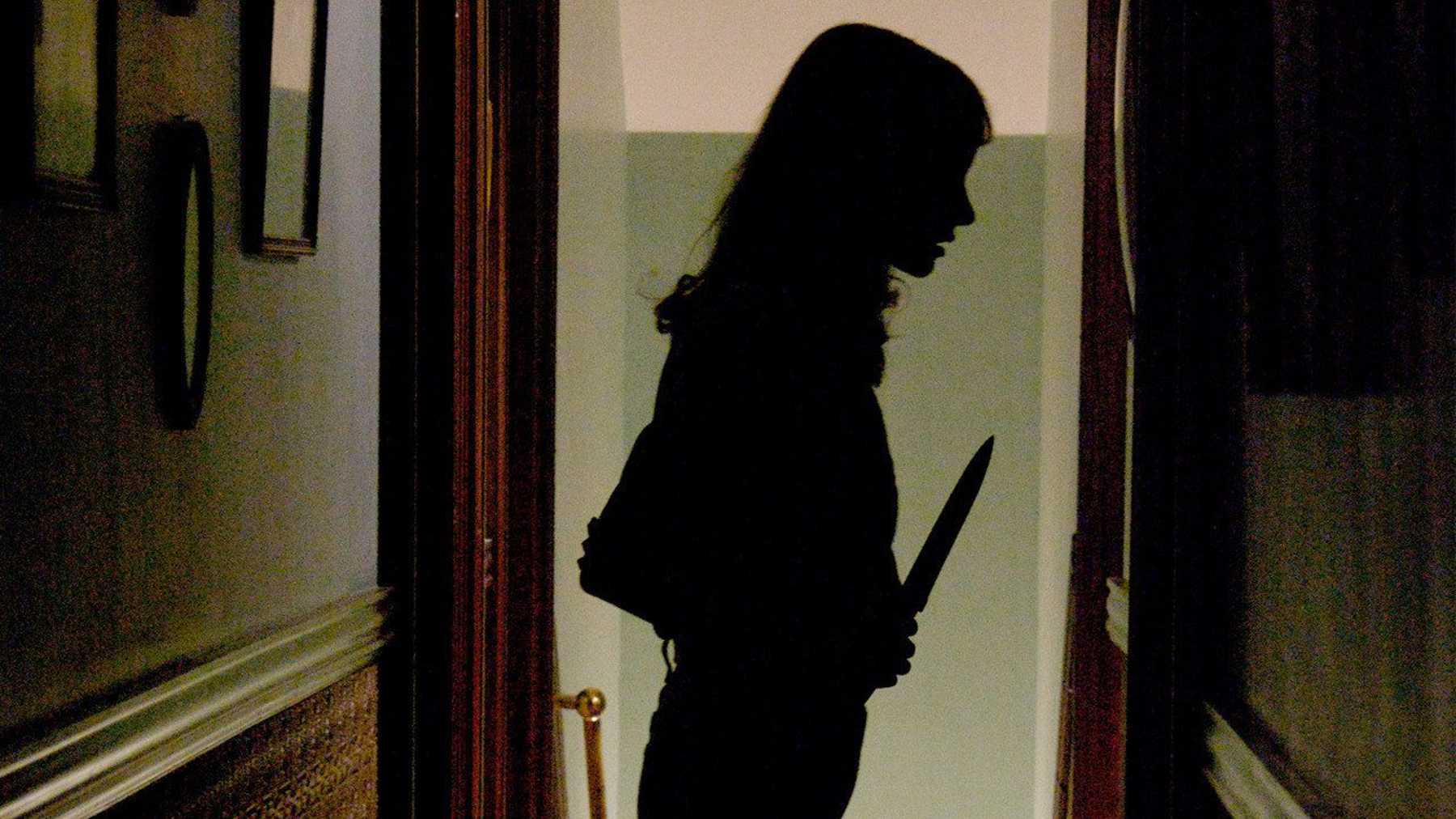 I love horror films; slashers, monsters, the occult, even the occasional torture porn installment—if there’s screaming and stalking, I’m there. But as much as being a huge fan of the genre predisposes me to being more lenient in my unabashed love for all things bumping in the night, I remain a stickler for one thing: suspense. If there’s no suspense, no breathless wonder at what’s going to happen next, then really, no matter how virtuosic and grotesque the composition of mangled bodies may be, it’s resoundingly dull. And it’s this integral and seemingly simple element of suspense that is so thoroughly lacking in much of modern horror-fare.

Well, Ti West’s The House of the Devil is so firmly rooted in suspense that even Hitchcock would be alternately proud/jealous. West doesn’t go for cheap round-the-corner-peek-a-boo scares. He is able to maintain a feeling of unsettlement and utmost dread for nearly an hour, before any sort of visceral pay-off. It would be a great disservice to reveal any of the plot, so suffice to say that Samantha (Jocelin Donahue) desperately needs money to pay her rent and agrees to “baby-sit” for a superbly eerie couple, Mr. and Mrs. Ulman, played by Tom Noonan and Mary Woronov. (Greta Gerwig, of mumblecore fame, puts in an appearance as Samantha’s plucky best friend, sporting a fantastically feathered ‘80s hairdo.)

One of the many reasons why the film works as well as it does is that West has the guts to take the material seriously. It’s a throwback to the ‘80s slasher aesthetic, but West does not trade in winking and knowing parody. The film fully believes in the reality of the world it creates, without continuously patting itself on the back for being aware of its own devices. For instance, the overly-used-to-the-point-of-self-reference device of having a character look into a mirror, look down, and then look back up to see the villain standing right behind him/her never occurs here—there are many mirrors, but no arbitrarily appearing villains.

West is fantastic at setting up screen space. Samantha explores the house, going into all of the different rooms but we never get a firm grasp of where all the rooms are in relation to one another. You see Samantha opening the door, or just after she’s entered a room, and there’s a vague semblance established of upstairs vs. downstairs, but you’d be very hard pressed to say what room is where. And that, of course, is a brilliant device, for once things start to go awry the whole house becomes a disorienting nightmare.

Most of the running time is dedicated to Samantha alone in the Ulman house, being spooked by sudden noises. If the opening intertitle didn’t reveal the fact that The House of the Devil was going to be dealing with the occult/Satanism the film could just as well stand on its own as a psychological thriller about a girl working herself up into a paranoid frenzy over creaks on the floorboards. It’s a relatable conceit. How many times have you heard a bump in the other room and become utterly convinced that something sinister is waiting to take you away? West creates fear and suspense by playing off our horror convention expectations—we end up scaring ourselves more than anything actually happening on the screen. Yet it’s not all just mood and atmosphere; gore-hounds will be pleased by the denouement and the second-to-last shot is one of the ballsiest images in recent memory. Also, Tom Noonan is perfectly cast in the role of Mr. Ulman—he seems just a little off-kilter, gentle, yet with something quietly rotten at the core. He’s entirely unnerving and sets the tone for the film; everything appears to be almost normal, yet there’s a constant, quietly terrifying thrum of malignance.

Veronika Ferdman is a student at USC, earning BA’s in Philosophy and Critical Studies-Film.