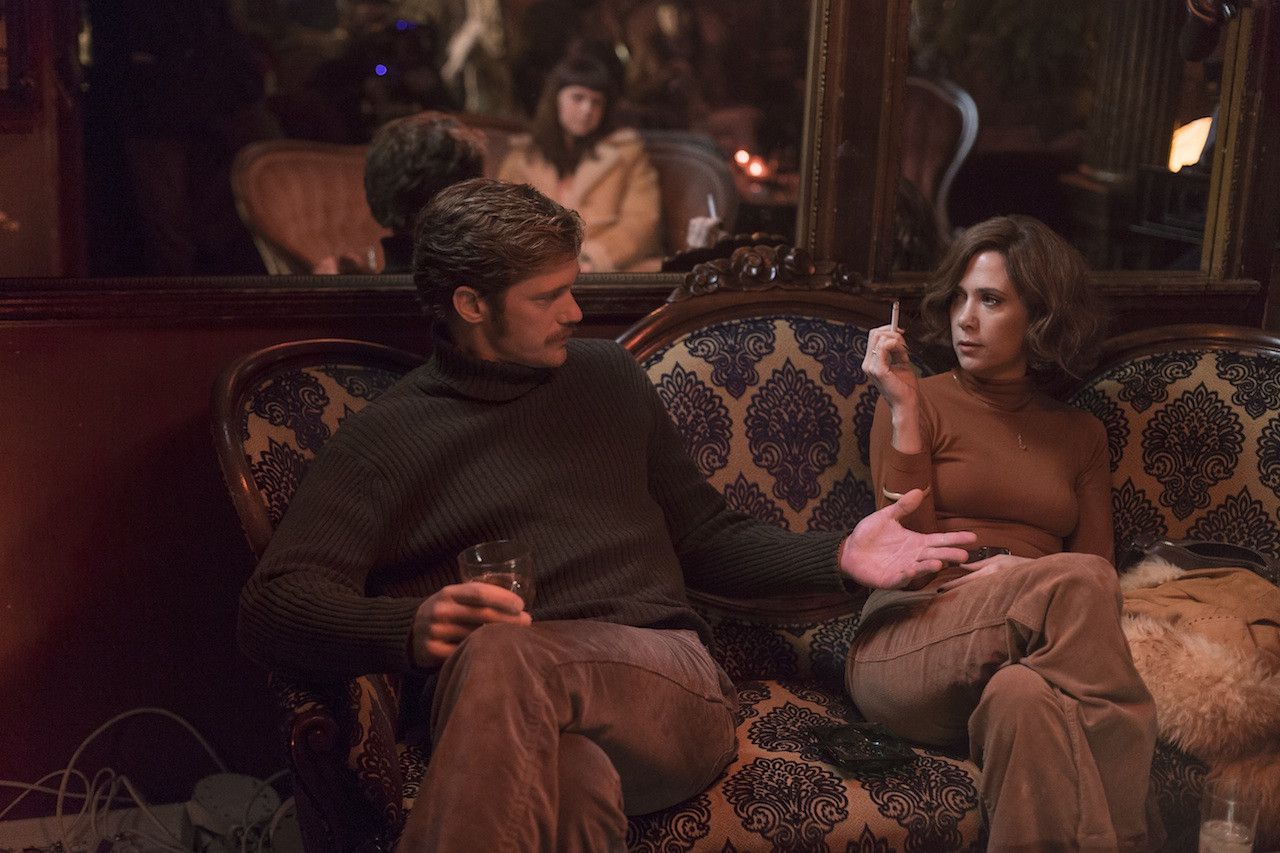 True to its title, Marielle Heller’s adaptation of Phoebe Gloeckner’s semi-autobiographical novel has the loosely structured, unfiltered feel of a young person’s diary. The film cleaves to 15-year-old Minnie (Bel Powley) in mid-‘70s San Francisco as she lurches toward self-knowledge, careening from tearful insecurity to defiant self-assertion to ecstatic experimentation. Her voiceover narration and Powley’s impassioned, emotionally naked performance capture the way things can feel simultaneously terrifying and thrilling at that age, as well as the way new experiences can make someone—especially someone young—feel like a whole new person.

We first encounter Minnie just after she has lost her virginity. Reveling in the memory, she thinks: “I had sex today. Holy shit!” Her outsized reactions are often funny, like when she brags to a friend that her much older lover is at an EST seminar, her pride revealing her childish idealizing of adult activities and the way she feels sophisticated by virtue of her association with a “worldly” adult. The humor is always kindhearted, though, emerging from and contributing to our understanding of the characters. The Diary of a Teenage Girl may laugh at Minnie’s delusions, but it never belittles her.

Minnie’s boundary-challenged, bohemian family doesn’t offer her much support. Her mother, Charlotte (Kristen Wiig), who projects a free-spirited hippie-princess vibe that can’t quite mask her insecurity or free-floating sorrow, is too busy trying to find her bliss to notice what her daughter is up to. Her little sister, Gretel (Abby Wait), is still a child, so she lives, for the most part, in an entirely different world than Minnie does. Her father is MIA, and when her self-involved former stepfather makes a brief appearance, it’s mainly to whine about how hard it is on him not to see more of Minnie and Gretel since the divorce. Her mother’s boyfriend, Monroe (Alexander Skarsgård, playing perhaps genuine cluelessness tinged with disingenuous charm), is an easygoing man who seems fond of Minnie. He might be her best ally, if he weren’t also her illicit lover, the man she lost her virginity to and is seeing behind her mother’s back.

The shock of those betrayals—of a mother by her daughter and of the daughter by every important adult in her life—makes the relationship between Minnie and Monroe deeply unsettling, yet this is no clear-cut case of a victimized child and a predatory pedophile. Instead, their affair is as complicated, messy, and unpredictable as nearly everything else in this movie—and, for that matter, in life itself. The 35-year-old Monroe wields most of the power in their relationship, and that imbalance does Minnie no favors as she struggles to find her emotional footing. At the same time, she thoroughly enjoys and often initiates the sex, and the relationship empowers her in some ways even as it disempowers her in others.

Minnie is a budding artist (she idolizes Aline Kominsky, whose work hers closely resembles), and her drawings often show up in the film, in books of sketches that sometimes come to life as animated sequences or as animation superimposed on the live-action frame. The latter technique is particularly effective at illustrating Minnie’s thoughts and feelings, as when a cartoon Kominsky offers her big-sisterly support and advice, or when Minnie and Monroe do hallucinogens in a quietly dreamy sequence in which Minnie sees herself sprouting feathers, then growing wings. Powley’s huge, round eyes, generously padded cheeks, and wide, goofy grin make her look a little like a cartoon herself. They also give her an air of innocence that, together with her lush woman’s body, perfectly embody the dichotomy that is Minnie, a child balanced precariously on the brink of adulthood.