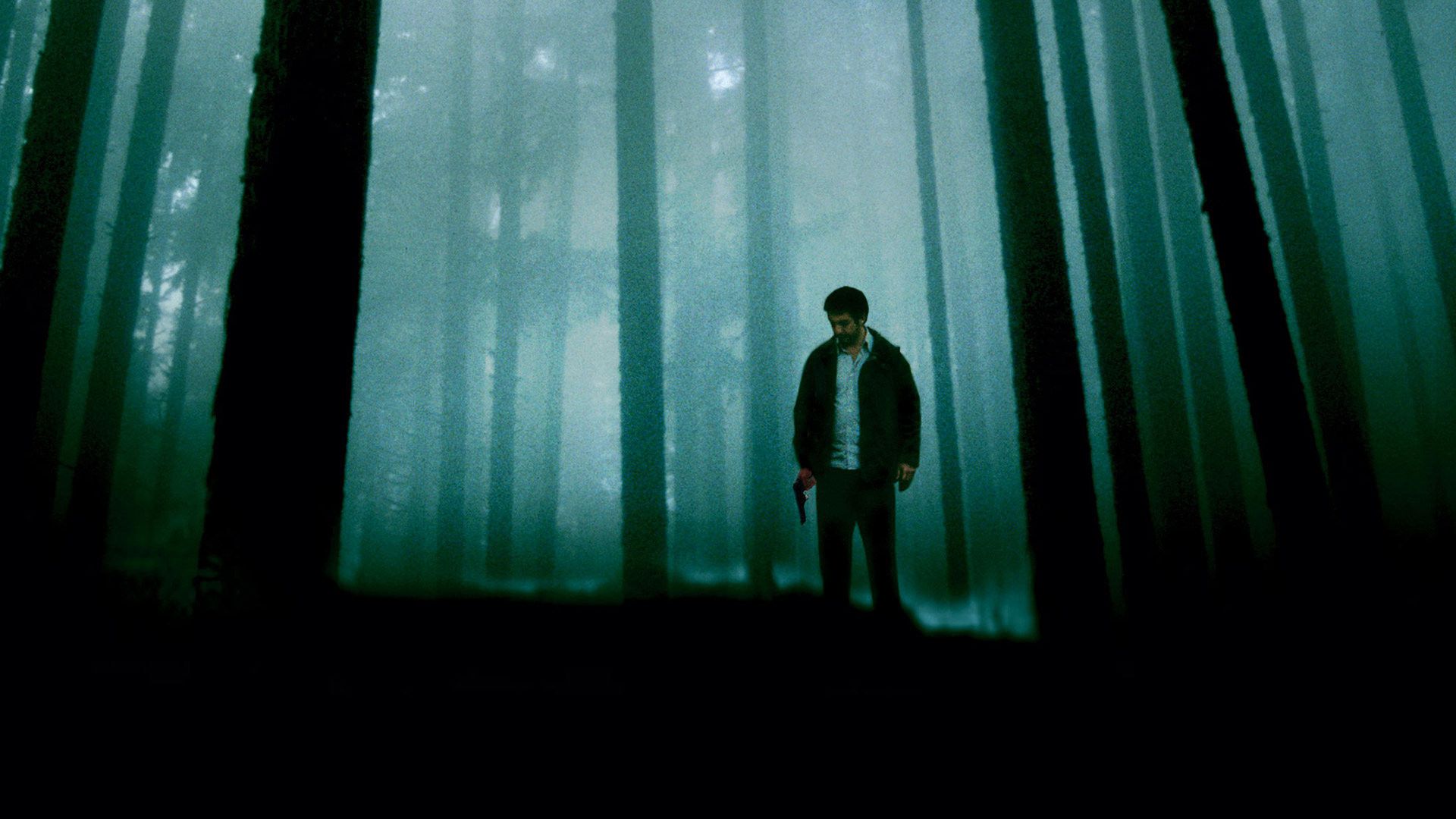 With The Aura, Argentinean director Fabián Bielinsky—who died this past June at the age of 47—replaces Nine Queens’ flashy Mamet-esque posturing with downbeat Melville/Antonioni noir existentialism, an inapt substitution for a director whose films are characterized less by their contemplative complexity than by their silken surface sheen. For this tale of an epileptic taxidermist (Ricardo Darín) who finds himself living out his dreams of robbing a bank after embarking on a trip into Argentina’s remote forests, Bielinsky slows things down to a monotonous crawl, guiding us through his portrait of internal and external alienation via long takes separated by transitional fades, self-consciously composed camerawork, and a subdued aural design (full of low droning noises) that prove to be a minor stylistic step up from his prior, loose-and-jazzy effort.

Yet Bielinsky remains a filmmaker for whom concerns for aesthetic panache trump acute thematic inquisition, and thus what begins as a tantalizing genre-filtered exploration of social detachment quickly reveals itself to be a hackneyed heist flick with weighty pretensions it can’t hope to sustain. Having joined fellow colleague Sontag (Alejandro Awada) on a deer-hunting expedition, Darín’s protagonist instead finds himself assuming an alternate criminal identity after he accidentally shoots Dietrich (Manuel Rodal), the owner of his rented cabin and a thief on the verge of nabbing the in-transit plunder of a closing casino. A rebirth of sorts supposedly follows, with the silent, passive taxidermist’s decision to carry out Dietrich’s plot cast as an attempt at active emotional/psychological engagement, though Bielinsky’s ability to dramatize such a development—not aided by Darín’s rigorously focused but one-note performance—is relegated to phony gestures like having a growling dog befriend the dead-animal-stuffer.

Consequently, any climactic redemption feels unearned, the film’s escalating employment of chance and coincidence too insincere, as well as too neat and tidy, to truly resonate as an illustration of fate’s unpredictable hand. Just as Bielinsky’s cinematographic emphasis on the enormity of his backwoods landscape has the unintended effect of accentuating the smallness of his story, so too does The Aura’s counterfeit meditative disposition only enhance the impression that it has little on its mind. Which, in the end, makes its animal carcass/still life imagery apt, as the film—riffing on The Passenger, Le Samouraï and countless others—is little more than a cinematic diorama of superior bygone noirs.