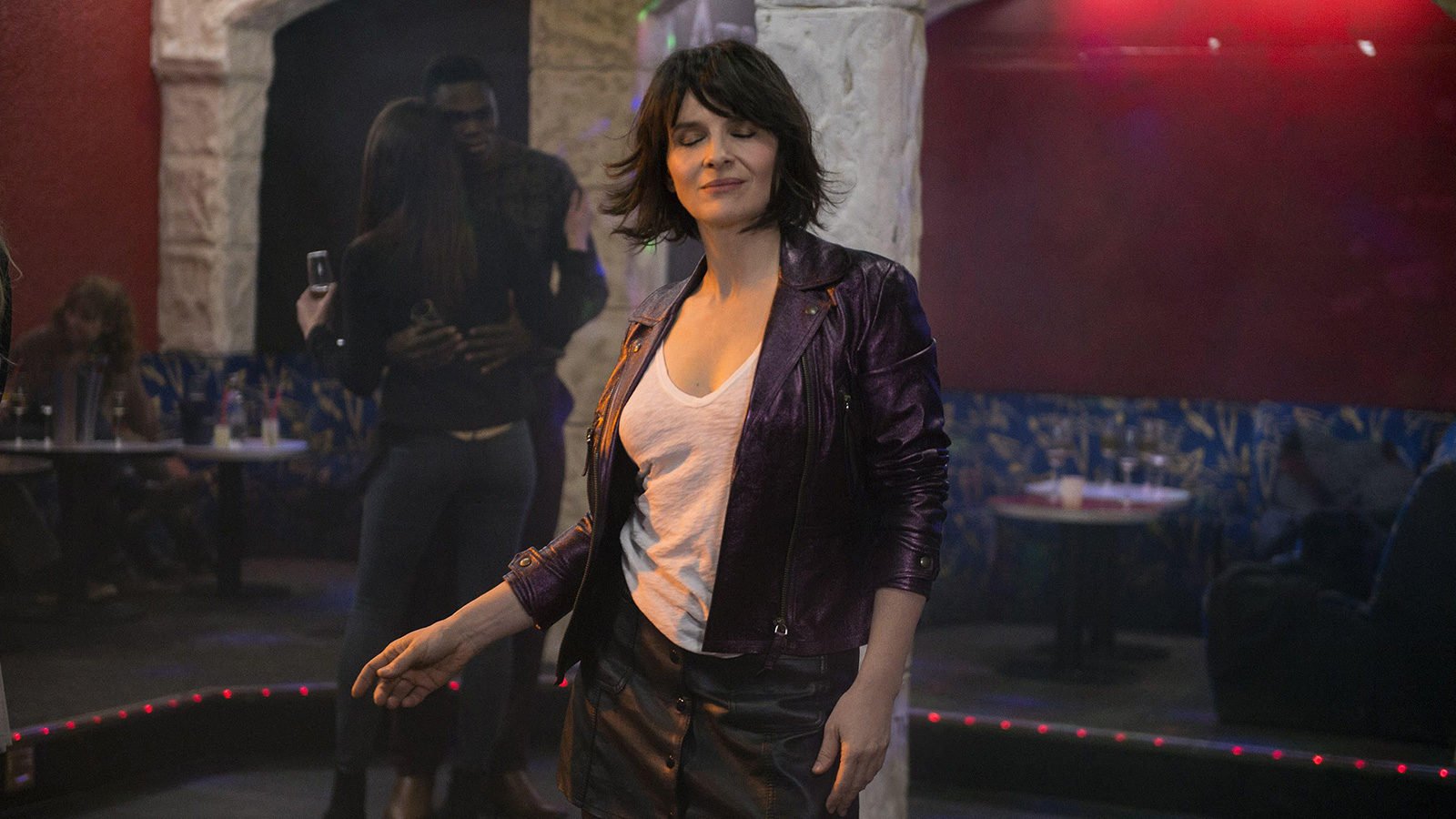 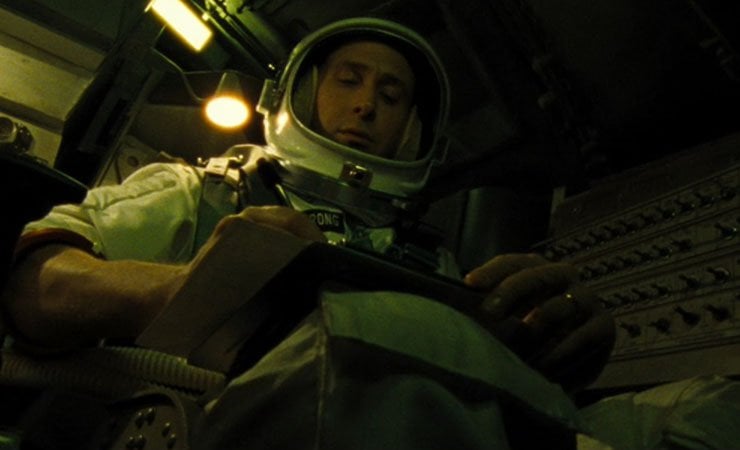 Damien Chazelleãs claustrophobic direction of spaceflight in First Man brutally undercuts idealized images of the Space Race with the abject terror of hurtling through the void in a rattling tin can launched into the skies using calculations performed on computers with less processing power than an Atari 2600. The filmãs tensest scene is a depiction of the failed Gemini 8 mission, in which a routine spaceflight goes catastrophically wrong and sends the spacecraft into an unstoppable barrel roll. As Neil Armstrong (Ryan Gosling) attempts to both stabilize the craft and get it back on its correct flightpath, we see him not only contending with high G-forces and dizzying spins, but also performing trigonometric calculations in long hand on graph paper. With the filmãs camera firmly entrenched inside the capsule, Chazelle mines Armstrongãs claustrophobiaãand rouses ourãthrough the flashes of shaking plates of sheet metal and elaborate operating switchboards. The material reality of early space missions comes into sharp focus, clarifying the deadening trauma that weighs on Armstrong throughout the entirety of First Man. Cole 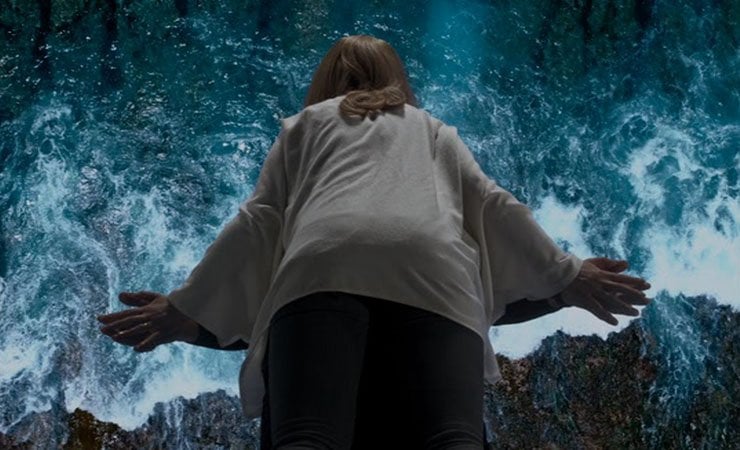 In an act of compassion, and passion, Ethan Hawkeãs Reverend Ernst Toller indulges Amanda Seyfriedãs pregnant widow in a meditative ritual she had regularly performed with her now-deceased husband. After she lays on top of Toller, synchronizing her breathing with his, the two begin to levitate and hover over gorgeous images of outer space, snowy mountains, and lush green forests. But this extraordinary and uncanny transcendence is fleeting, as the sublime imagery abruptly gives way to visions of real-world problems, such as mass deforestation and pollution, pulling Toller violently out of this reprieve from his obsession with the worldãs misery. What place do love and faith have in a world thatãs crumbling around us? Smith 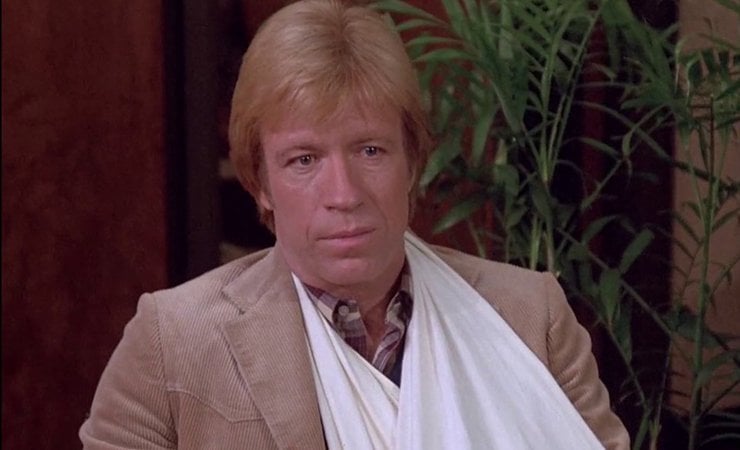 About midway through The Green Fog, just as one is beginning to acclimate to its conceptual high-wire actãa reconstitution of Vertigo by way of clips from wide-ranging movies and TV shows set in San Franciscoãdirectors Guy Maddin and Evan and Galen Johnson decide to entertain a ludicrous high-concept-within-a-high-concept: an entire lengthy sequence composed only of reaction shots of Chuck Norris. Staring, staring, and staring some more in a ridiculous sustained imitation of Scottie Fergusonãs paranoid daze, Norrisãs blank mug becomes the best underappreciated meme of the year. Carson Lund 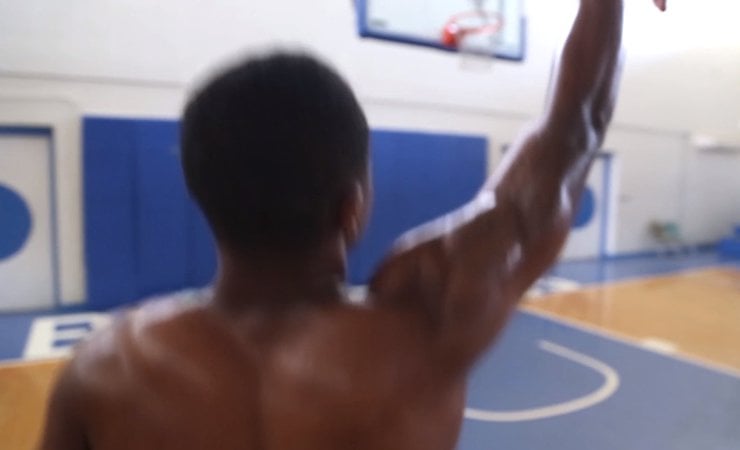 RaMell Rossãs evocative hymn to Hale County, Alabama and the indomitable spirit of its residents dedicates a portion of its attention to Daniel, a small-time college hoops player with big aspirations, but the actual sport of basketball only surfaces in fits and starts, interwoven as it is with the larger mosaic of Danielãs life. The fragments that do emerge, however, show a sprightly athlete in firm command of his game, nowhere more evident than when he drains 10 of 11 long-range jumpers from around the arc in one breathless take, muttering affirmatively after each swish. Rossãs camera bobs along behind him, emphasizing the sheer force and persistence of Danielãs motion over the shots themselves, in effect translating the feat into something more divine than worldly. Lund 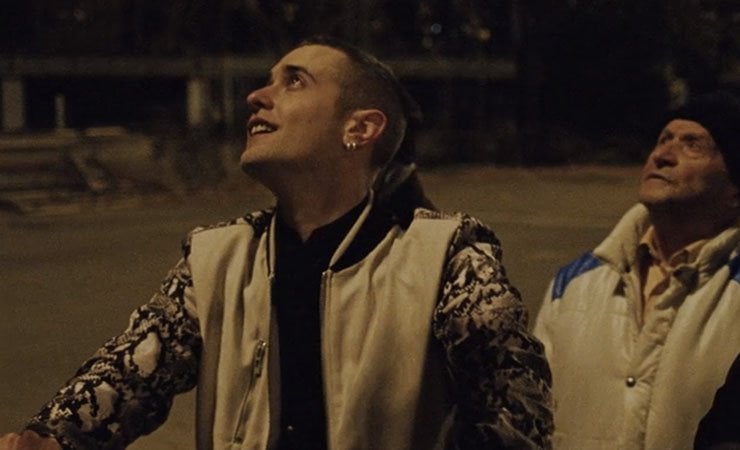 Happy as Lazzaro, The Musicãs Followed Us

A band of former sharecroppers relocated to an anonymous metropolis are lulled into a church by the sound of an organ and are promptly shooed out. This everyday affront is avenged by the lightest and most surreal of miracles as the music travels into the city, seemingly rebirthed from the sound of a passing train. Its ineffable quality leads the previously guileless Lazzaro (Adriano Tardiolo) to an olive tree planted in artificial grass and a catharsis thatãs at once unclassifiable and long overdue. Christopher Gray