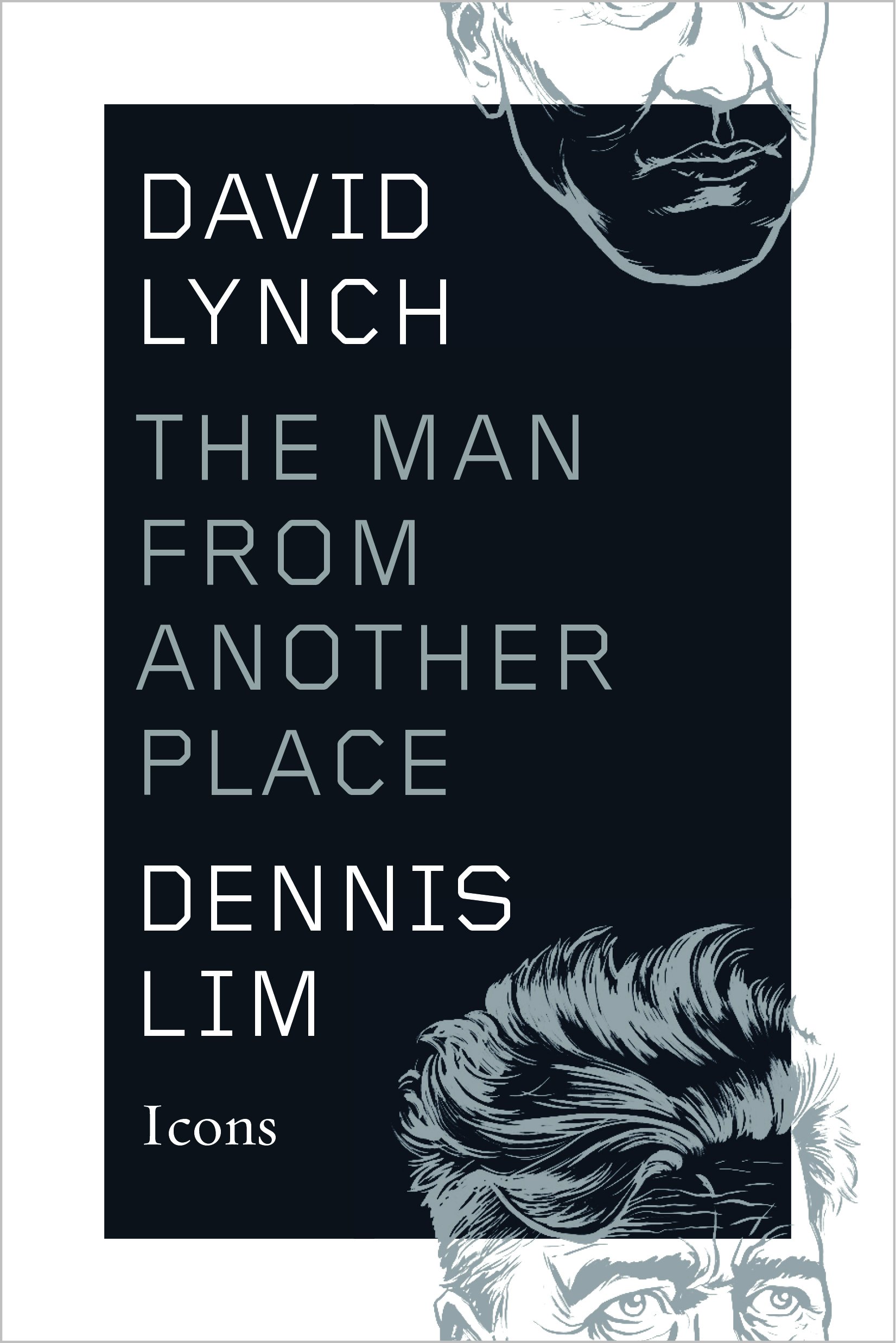 Clocking in at just 184 pages, Dennis Lim’s David Lynch: The Man from Another Place is an elegantly lean volume. Its streamlined appearance refutes the notion of the artist retrospective/biography as an albatross that must span hundreds of pages, detailing endless interludes with cousins and elementary school chums before getting to what Nick Hornby might call the “good stuff” of a subject’s life—i.e. the reasons we’re reading the book to begin with. The length has a thematic significance as well, appearing to say, “Here is what David Lynch has done. Take it or leave it,” which is how Lynch’s art—his paintings, films, TV shows, coffee, furniture—have been offered to his audience, often baffling them.

Man from Another Place is driven by a premise that Lim wisely never quite directly voices: that Lynch takes the content of all his art at face value. It startled this critic and Lynch acolyte to learn that the filmmaker identifies as a Republican (though he voted for President Obama in 2012). How can the creator of one of the most searing and analyzed Reagan-era texts, Blue Velvet, vote Republican? There isn’t a pat answer, but, reading Lim’s writing, one suspects that it’s because Lynch conceives of his scenes of small-town American values without the irony that many audiences and critics have assumed to be inherent.

All the “golly gee-whiz” stuff is real to Lynch, at least as an artist, though many critics have fallen back on receiving this content through an ironic scrim so as to let themselves off the emotional hook. But what about the horror that Lynch shows to be underneath these racist, classist Americana paradises? He means that too. He means everything, and that’s why Lynch confounds people: He doesn’t direct audience’s sympathies, instead throwing everything in the frame or on the canvas without editorializing.

Lim’s too shrewd a critic to walk into the tedious, fanboyish, post-graduate bong-water-ish quicksand of “interpreting” Lynch’s work. The reader isn’t privy to any new theories about the blue box in Mulholland Drive or the woman in the radiator in Eraserhead or the bleak open ending of the Twin Peaks series (so far). The book is composed of 12 chapters, most of them of more or less equal length, alternating analysis of the films with evocatively compressed anecdotes pertaining to Lynch’s personal life at the times of their creation. There’s little gossip, as Lim only includes the personal stuff he deems relevant to the texts. Readers will learn that Lynch has been married several times, for example, and that the stress of those various dissolutions almost certainly informed pivotal work, but particulars suggestively hang.

Man from Another Place is structured in a manner that suggests the rings inside a tree, or the ripples of a lake, or the temporal loops that structurally dictate many of Lynch’s films. Lim often introduces a fact and leaves it, revisiting it through the context of Lynch’s work, allowing it to echo from the artist’s past. We learn early on that David was born in Missoula, Montana on January 20, 1946, though his family moved around quite a bit due to his father Donald’s job with the U.S. Forest Service—the latter a fact that should immediately strike Lynch’s fans as telling.

Forests are places of erotic, transporting, transforming dread in Lynch’s work, and Montana is the sort of iconographic, “all-American” western state to which Lynch has continually evinced affection and attraction. (Lynch, perhaps as a stunt, would long identify himself in artist bios simply as “Eagle Scout. Missoula, Montana”). Most suggestively, there’s a description of Lynch’s difficulty with speech in his early life: “In Lynch’s own speech—and in the speech patterns of his films, with their gnomic pronouncements and recurring mantras—the impression is of language used less for meaning than for sound. To savor the thingness of words is to move away from their imprisoning nature.”

Fans of Lynch probably know most of this already, but that last sentiment is profound as rendered by Lim, particularly the wonderful use of “thingness,” which might be the best singular word to apply to Lynch’s work. “Thingness” is a word you can practically taste, rolling around the dimensions of your mouth with your tongue. There’s a tactility to that word, and tactility might be the defining philosophy of Lynch’s aesthetic. Drapes aren’t merely red in Twin Peaks; they’re the reddest drapes one has ever seen. The obsession with coffee and sweets that runs through Lynch’s oeuvre, or the frequent close-ups of bugs and corpses and pop-cultural artifacts that inform the subjects with totemic power, testifies to the comfort of tangibility. Lynch’s autobiographical work is at least partially about the uncanny textures of everyday life, and their endangerment by mental chaos. Lynch emphasizes the details of stability and chaos equally.

Lim establishes Lynch unsurprisingly as an anxious man seeking refuge in the aforementioned tactility of his work and in the self-enforced enclosures of his life. Drawing from Lynch’s Catching the Big Fish: Meditation, Consciousness and Creativity, Chris Rodley’s Lynch on Lynch, as well as several other sources including Lim’s own interviews with the artist, the author offers a wealth of poignant anecdotes that elaborate on Lynch without attempting to reductively “explain” him as a human or a creative. After Eraserhead, Lynch is said to have worked obsessively in the yard of his Los Angeles home, building a garage, painting studio, and sheds, the latter memorably described by Lynch as places that “can be used for storage, and they can be used for little places to be.”

This idea of art as an inhabitable alternative space from reality is the very crux of Lynch’s professional obsessions, and Lim returns to this motif over and over, gracefully uncovering its resonances within his subject’s inner life, which is shown to be made up of emotionally heightened episodes that could only be called, well, “Lynchian.” Episodes that include lonely walks deep into the dangerous Philadelphia city nights as well as bonding sessions with neighboring morgue attendants who showed Lynch body bags that he termed “smiling bags of death.”

Lim also achieves something that’s quite difficult to do when reviewing Lynch’s films: to adequately render the impact of their extreme formal force in words, something the work is quite deliberately designed to resist. Lim’s prose has a diamond-hard lucidity that contrasts with the tormented ambiguity of the art he’s discussing. Quietly astutely pared-down phrases jump out at you throughout the book, cutting right to the heart to what Lynch does: “What usually lurks on the level of subtext is here elevated to the status of text. When Jeffery says he’s ‘seeing something that was always hidden,’ he’s also voicing the modus operandi of a film that is rife with signs yet impervious to decoding. Blue Velvet leaves the unnerving impression that it has done for us the work of analysis without so much as scratching the bright, shiny surface.”

At another point, Lynch’s films are described as a “cinema of absence,” and the intense crying seen in the Twin Peaks pilot is likened to a “red-robin of mourning.” One feels as if many of these phrases could be cut out of the book and integrated into Lynch’s paintings, or somehow supernaturally sewn into his films. Lim allows you to honor Lynch’s highest aspiration of entering another world. Two worlds, in fact: Lynch’s and Lim’s.

Dennis Lim’s David Lynch: The Man from Another Place is now available from New Harvest.