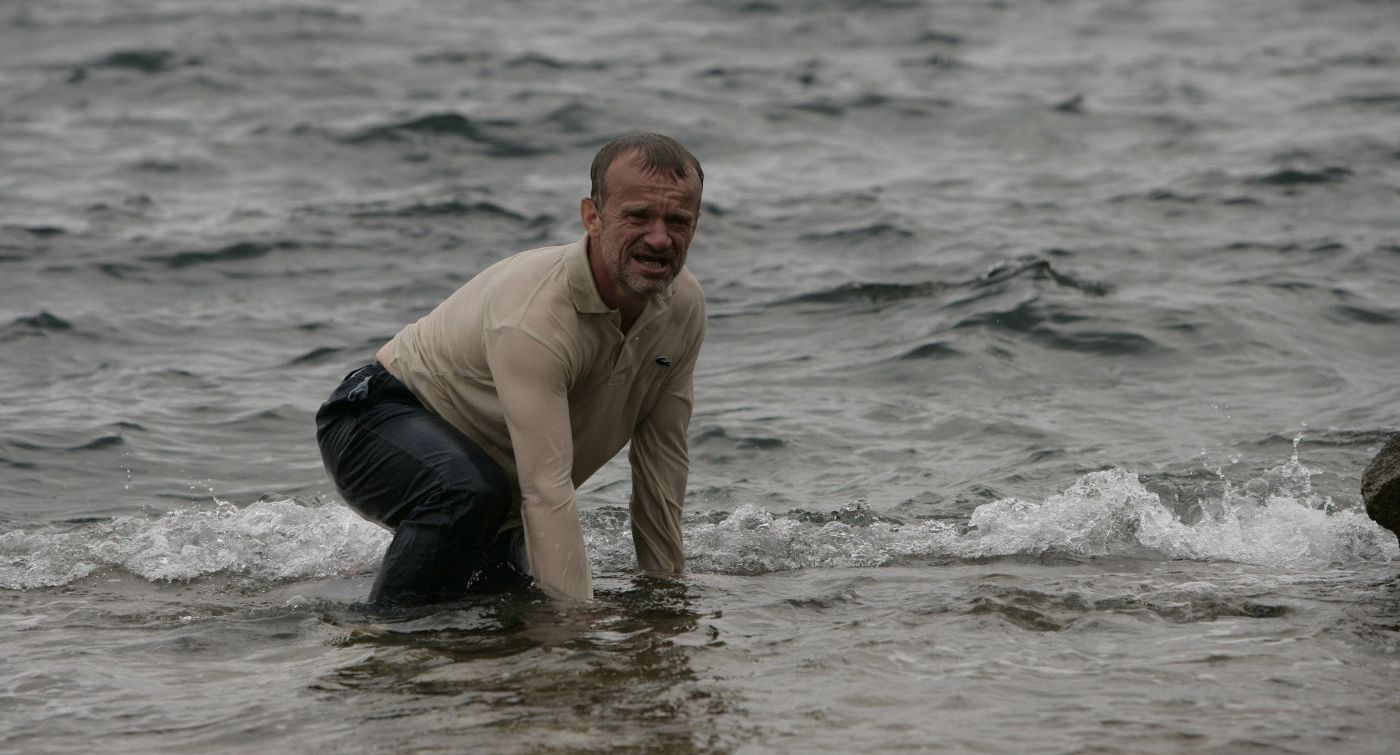 Now in his fifth decade of filmmaking fueled by the 1966 international smash A Man and a Woman, Claude Lelouch has made a diverting but cool suspense puzzler whose payoff proves to be smaller and more mundane than its twisty, fluid setup. An unshaven, soft-spoken oddball (Dominique Pinon, whose rubbery mug has been familiar since Delicatessen) loiters at a highway rest stop, doing magic tricks for children. Is he the Magician, a pedophilic killer who’s just escaped from prison? He’s drawn to the stranded Huguette (Audrey Dana), a tantrum-throwing hairdresser (“You come in my mouth, then dump me like a piece of shit!”) whose incensed fiancé has driven off without her. When the trickster agrees to pose as her erstwhile intended for a weekend at her parents’ farm, can they carry off the charade, or will the glib, slippery stranger slaughter the whole clan (Huguette’s precocious teen daughter included) and feed them to the sheep? Or is this phantom merely the imaginatively flighty secretary and/or ghostwriter for a bestselling thriller writer (elegant vet Fanny Ardant), whose car he claims to be driving?

All three leads are playing some sort of prevaricator or spinner of fiction, and the tension of its second and third acts lies in doping out whether their motives are homicidal, creative, or professional. Newcomer Dana is the revelation in the cast; girlish but no-nonsense and formidable, she makes her growing affection for co-conspirator Pinon more natural than necessary. Once the farmhouse playacting chapter is closed, Pinon’s first scene with Ardant—the opening salvo in a cat-and-mouse game that dominates the plotty midsection—is a neat hand of conversational poker, but her scheming lit queen just isn’t nearly as fun a partner for him as the brusque, credulous coiffeur.

Machinations to court or avoid public ruin drown out the quirkier character notes, and when someone vanishes from a boat following a night of sex and possibly poisoned wine, it’s hard not to see “red herring” blinking in neon. The soundtrack is liberally laced with the songs of ‘50s pop crooner Gilbert Bécaud, possibly because a mystery film built on rickety improbabilities but carried by professionalism and understated charm is a relic of a half-century gone. Making relaxed use of a widescreen format (flashy only in some hurtling behind-the-wheel driving sequences), Lelouch fixes his attention back on the bonding of eccentrics once his more obligatory duties to genre have been discharged.