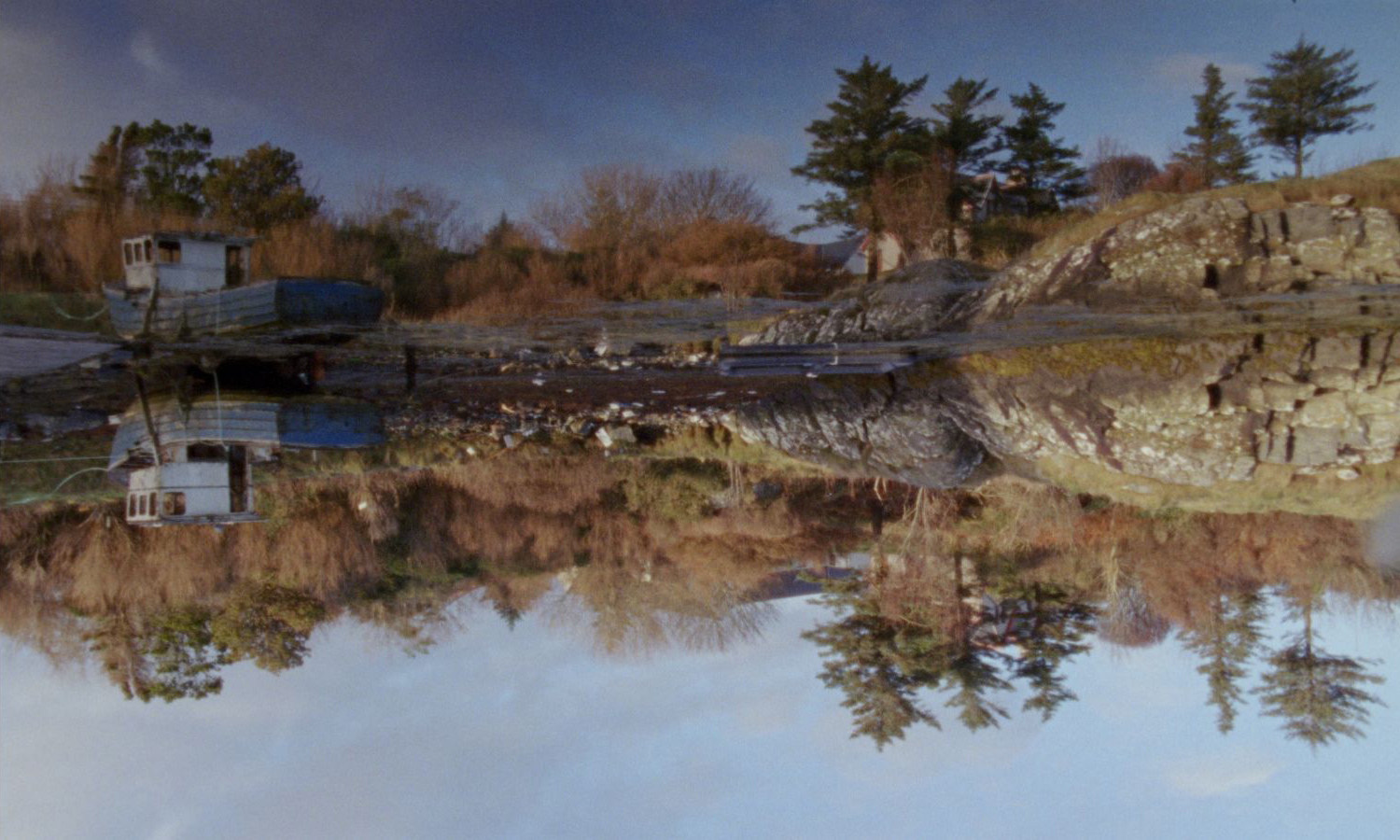 It’s become something of a cliché for experimental docufiction hybrids to be shot on 16mm, and at this point it might even be safe to say that such works have kept Kodak from discontinuing production on the film stock. While the use of small-gauge celluloid within this body of work has occasionally felt pro forma, even in some cases pointlessly fetishistic, one of its more conscientious practitioners is multidisciplinary artist Joshua Bonnetta, whose 2011 conceptual travelogue American Colour traced the lifespan of the now-extinct Kodachrome stock—on which the film was shot—from the final Kansas-based lab to process it back to its origin place in Rochester, New York. And his last feature, El Mar La Mar, co-directed with Sensory Ethnography Lab alum J.P. Sniadecki, embraced grain and other material defects as a corollary to the film’s emphasis on natural decay in the Sonoran Desert, site of an unconscionable death toll from unsuccessful border crossings.

In his newest and first solo feature, The Two Sights, Bonnetta is again contemplating death and the traces it leaves behind, this time in the remote climes of Scotland’s northern archipelago. Operating in such an exceedingly beautiful region, however, Bonnetta might as well have just chosen film for its pictorial incentives. A waterlogged expanse of misty steppes and vertiginous drops into crystal-blue waters, the Outer Hebrides islands in which the film is set—Barra, Berneray, Harris, Lewis, and North Uint—total a population of just over 20,000 people, and Bonnetta keeps them largely out of frame, preferring instead to ruminate on grandiose bisections of land and sky. Composed of a series of mostly static shots, the film is visually reminiscent of Peter Hutton’s Iceland-set Skagafjördur, though Bonnetta, at least as interested in the sonic dimensions of cinema as he is in its pictorial qualities, centers a large portion of The Two Sights’s meaning on its soundtrack. That prioritization is rather forcefully apparent when the director himself plants a boom mic in the center of the film’s opening shot.

This moment, which comes halfway through the shot, triggers a sudden shift in the soundtrack from one field recording to another, making it apparent that what we heard prior wasn’t actually tethered to the image. That’s a hint that much of the sound to come will be layered and orchestrated rather than simply recorded along with the image—a truth that perhaps sounds self-evident when stated in this way, but which Bonnetta suggests may not be top of mind to audiences of films that appear to document objective reality. And while The Two Sights certainly does appear to be just that, there’s much to imply that Bonnetta is constructing a more multilayered tapestry, an archive of the unseen.

On its surface, the film presents a smattering of voiceover testimonials from unseen Hebrides residents, who relate stories of strange happenings on the islands, most involving deaths or hauntings. The stories of these lost souls are never visualized, though Bonnetta pairs them with footage that feels roughly analogous, if not like an outright projection of a mental image. One fishermen’s recollection of getting dangerously caught in an eddy while seeking lobster is accompanied by shots around a fishing boat, with one floor-level angle of water lapping up on the vessel seeming to conjure up an approximation of his experience. Another distressing tale of a man’s confrontation with a beached whale finds Bonnetta’s camera surveying a shoreline, as if encouraging us to project our imaginations onto the scene.

As Bonnetta offers these fill-in-the-blank visual inducements, his soundtrack performs a similar act, blending—via long, imperceptible cross-fades—field sounds recorded by the director himself with archival audio sourced from the region. With the exceptions of folk-music clippings that are most obviously archived, the distinctions between past and present material become nearly impossible to discern and indeed negligible, as Bonnetta’s subject is, after all, the layering of history atop the current moment. The visual devices that he employs create impressions of liminality, of a fine line between corporeality and oblivion—namely through shots that would seem to be dead photographs were it not for the dance of grain or one single plane of movement, flipped camera perspectives that don’t immediately register as such, subtle plays with manual aperture shifts, and plenty of water reflections.

A similar impression is evoked by one resident when describing the entirety of the Hebrides region, which she calls “a thin place” where there’s “little distinction between heaven and earth.” That same mystery is, of course, tantamount to the allure of celluloid, it being a medium that preserves the past while at the same time being impermanent. The Two Sights hypnotically embodies something of a paranormal investigation, all the more haunting for being unable to extricate itself completely from the void opened up by its subjects.

Review: Happiest Season Is Paint-by-Numbers but Earns Its Emotional Payoff

Review: Collective Is a Searing Chronicle of Institutional Corruption