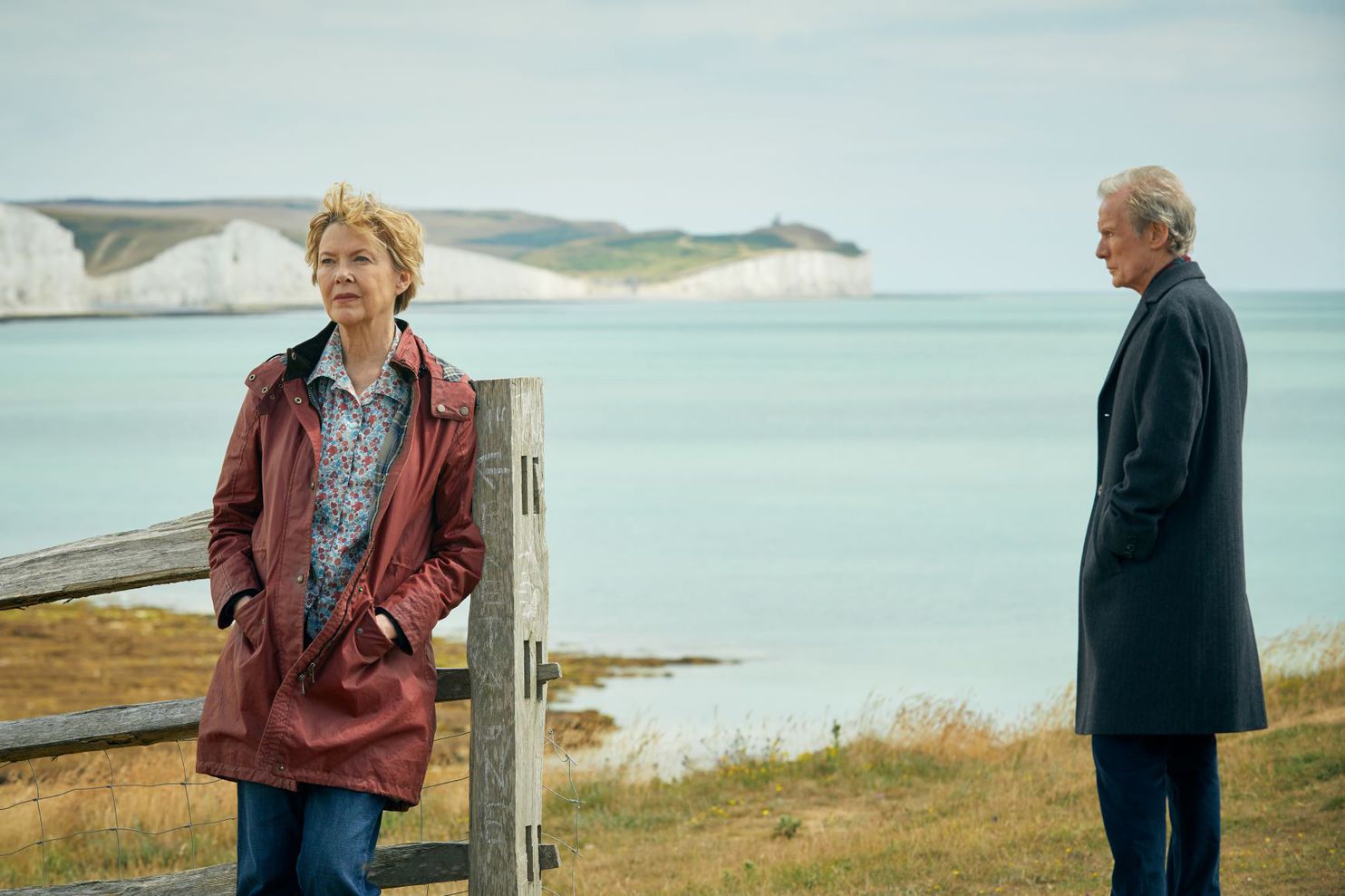 Writer-director William Nicholson’s Hope Gap dutifully but monotonously traces the dissolution of a nearly 30-year marriage. Where the garrulous, headstrong Grace (Annette Bening) finds herself still fighting to save the relationship despite her constant disappointment, Edward (Bill Nighy) is tightly wound, reserved, and seemingly content to quell arguments, his irresponsiveness only further permitting a build-up of resentment. Their bickering appears to be a daily routine, with almost every one of their fights cut short by Edward leaving the room. But Nicholson’s script fails to give either of them much specificity beyond their polar-opposite behaviors. They’re more archetypes of a feuding couple than flesh-and-blood people who were in love with one another at some point in their lives.

Nicholson’s failure to probe Grace and Edward’s interior landscapes, or even get at the root problems of their marriage, only makes the film’s attempts at big emotional gestures feel all the more hollow. Indeed, both are so thinly conceived that we learn virtually all we will about them by the time they split a half hour into the film. The arrival of their twentysomething son, Jamie (Josh O’Connor), throws a potentially interesting kink into the mix, especially when it’s revealed that Edward requested his son’s presence so that someone could help him cushion the emotional blow of Grace being told that he’s leaving her. But rather than explore the dysfunctional context of this father-son relationship and whatever led up to such a callous, manipulative decision, Nicholson settles for propping Jamie as the helpless middleman between his mother, who refuses to accept that her marriage is over, and his father, who quickly absconds to shack up with his mistress, Angela (Sally Rogers).

Nicholson adapted Hope Gap from his own 1999 play The Retreat from Moscow, and its stagebound origins are apparent throughout. While Bening brings an underlying warmth to her role that could easily have been simplistically shrill in another actor’s hands, the other performers are more visibly constrained by the flimsy characterizations offered to them. Any signs of the spontaneous messiness, rage, and sorrow that accompanies most divorces are smoothed over by dialogue that’s so precisely phrased that it’s rendered listless. All the while, the filmmaking exudes the generic sheen of prestige picture, especially across the long, sweeping drone shots of the cliffside U.K. town of Seaford, where the film is set.

For being so disconnected from the drama at hand, the panoramic beauty of those interludes is as jarring as the voiceovers of Grace quoting John Keats’s poems and Edward laboriously recounting tales of soldiers who leave the wounded behind in order to assure their own survival. All are grandiose tactics that portend a grander revelation than the film’s otherwise low-key three-hander delivers. But most damning is the shortage of quotidian details that might have given us a richer sense of the lives lived and marriage lost in this patch of the world. Hope Gap initially has you question how and why Grace and Edward ever got together, and by the end it may leave you wondering why you should care about their breaking up.

Review: Made in Hong Kong Is a Gritty, If Derivative, Genre Tribute

Review: There Is No Evil Fiercely Confronts a Nation’s Moral Well-Being