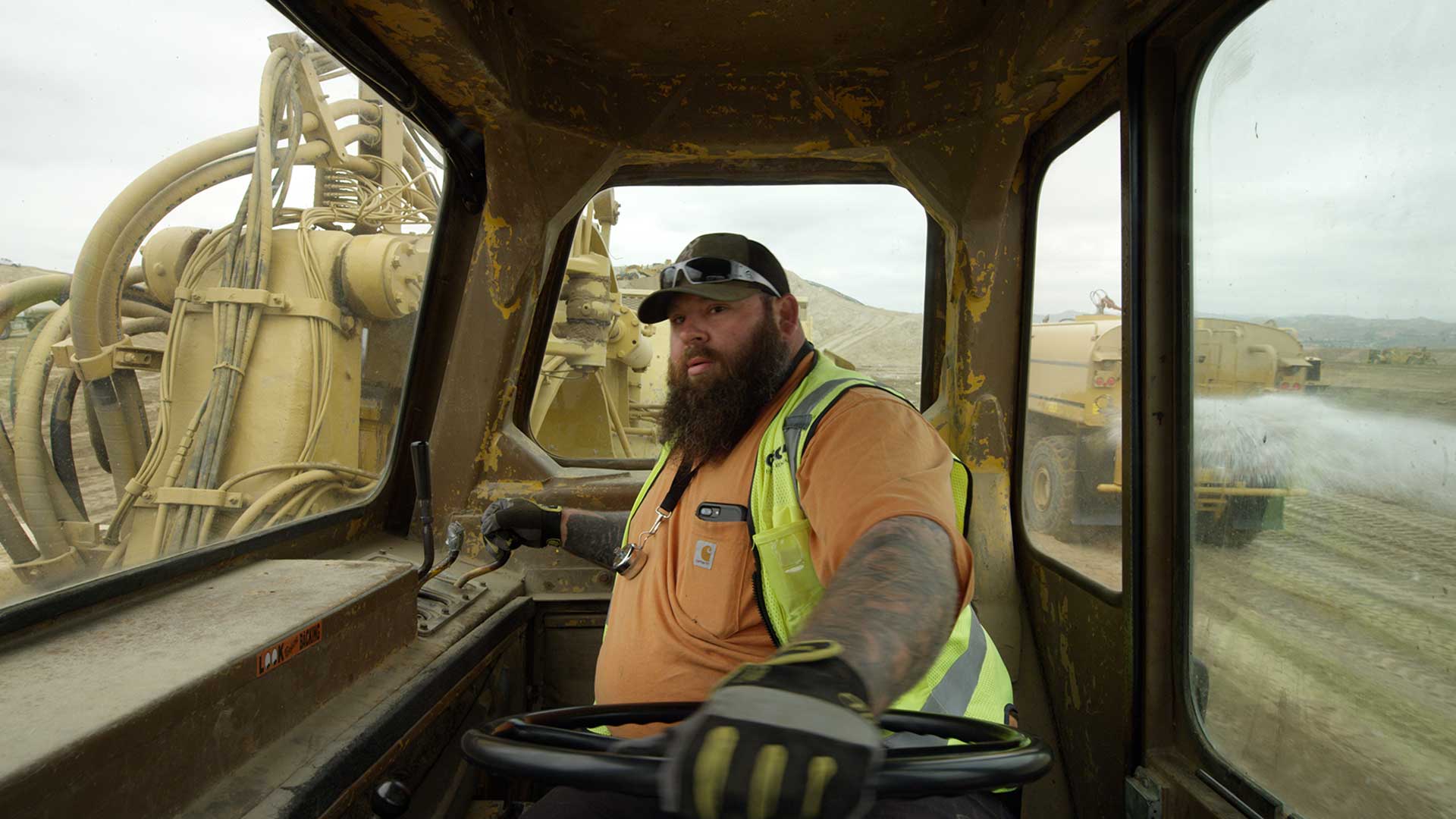 Austrian filmmaker Nikolaus Geyrhalter contemplated time and decay, detritus and finitude, in his 2016 documentary Homo Sapiens, adhering to an ethos of slow cinema contingent on the image and on the image alone. This means that whatever emotional or informational exchanges that take place between the film and the viewer do so on the basis of patience and insistence. But with Earth, Geyrhalter takes a different approach, favoring explanatory text and talking heads over boredom-defying long takes.

The filmmaker doesn’t give up aesthetic experimentation altogether in this survey of Anthropocene calamities, such as the disfiguring and disemboweling of the planet under the aegis of industrial development. The conventional soliloquies of experts are juxtaposed with formal meta-cinematic exercises, such as Geyrhalter having two workers at a German radioactive waste disposal site watch a projected video about their jobs. Or how a museum guide’s explanation of humankind being doomed to disappear just like dinosaurs is edited to preserve, instead of hide, her strange discomfort in performing her speech. And it’s this hesitation between conventional documentary form and timid flirtation with stylistic radicalism that renders Earth clumsily stuck between pragmatic pedagogy and lyrical critique.

Geyrhalter takes viewers to different parts of the globe in order to show us the various ways in which the Earth is toyed with on a horrifically massive scale, always announcing the exact location of the blasting, mining, tearing, tunneling, dumping, and drilling—from Canada to Austria, from California to Carrara, Italy. And while the precision of Geyrhalter’s approach works to present the argument in all of its comprehensiveness, much like Ai Weiwei’s in Human Flow, it also ends up effacing the very particularity of each case that could, if explored delicately, suggest a universality without spelling it out so literally.

Homo Sapiens is stunning because its commitment to the colossal is so unrelenting that it gives rise to abstraction, forcing us to see something other than the decaying constructions depicted on screen. In that film, stories and feelings emerge, because there’s little spatial orientation and no lecturing. The viewer isn’t slotted into the position as the one who’s supposed to learn something. By contract, Earth’s visual strategy is to wow us with tangibility and data, as workers at various sites explain the high stakes of their jobs, which go from literally moving mountains to trying to secure radioactive material from leaking for the next one million years in underground structures teeming with fissures.

Thankfully, there are cracks to Geyrhalter’s hermetic approach, as the talking heads entrusted to deliver knowledge at times betray the stale documentary structure. For example, interviewees occasionally take the opportunity to articulate more nuanced, or philosophical, understandings of their relationship to the planet that go beyond, or are simultaneous to, its plundering. As when an Italian worker elucidates his connection to the marble he detonates and hauls not just in terms of a masculinist adrenaline high, but as a sublime first encounter between human hands and raw material tucked away underground for millions of years. Or the sensitive Spaniard who’s capable of extracting copper in the most forceful of ways all while mourning the fact that “humankind doesn’t learn.”

In such moments, it’s easy to imagine the film that Earth could have been. One that would still recognize the vastness of the violence committed by man against the planet but without banking on breadth to express intensity. One that might have taken advantage of something humankind has indeed learned: the universality of the particular as storytelling device. A film closer to Oliver Laxe’s Fire Will Come, or Ljubomir Stefanov and Tamara Kotevska’s Honeyland. Films that are essentially odes to the exuberance of allegories, as they indict all by focusing on the very few and envision entire ecosystems by gazing at specks of dust.