There’s an enigmatic quality to the role of Christopher Nolan in the current filmmaking landscape, and one that stands apart from the fact that his films so often court ambiguity with explicit intent. From the Russian-nesting-doll antics of Inception to the magicians-as-filmmakers commentary of The Prestige, Nolan’s ambition within the realm of big-budget, broad audience spectacle is comparable to the likes of few. Among those, James Cameron comes to mind, and now Nolan joins the Avatar director with his own film about interplanetary travel, the logical next step for a filmmaker so concerned with world-building, literal and otherwise. Looking back at his work thus far, what emerges—apart from his obsession with identity, reality, community, and obsession itself—is an artist who, heedless of his own shortcomings, is intent on challenging himself, a quality that salvages and even inverts a great many of his otherwise pedestrian choices. One suspects that this is an artist still in his pupa stage, and one is also fearful that the near-unanimous praise heaped upon his work since his breakout hit, Memento, will only serve to keep him there. To wit, his latest film, Tenet, employs the kind of chronology-bending antics that epitomize Memento and Inception. Rob Humanick

Editor’s Note: This updated list was originally published on November 5, 2014. 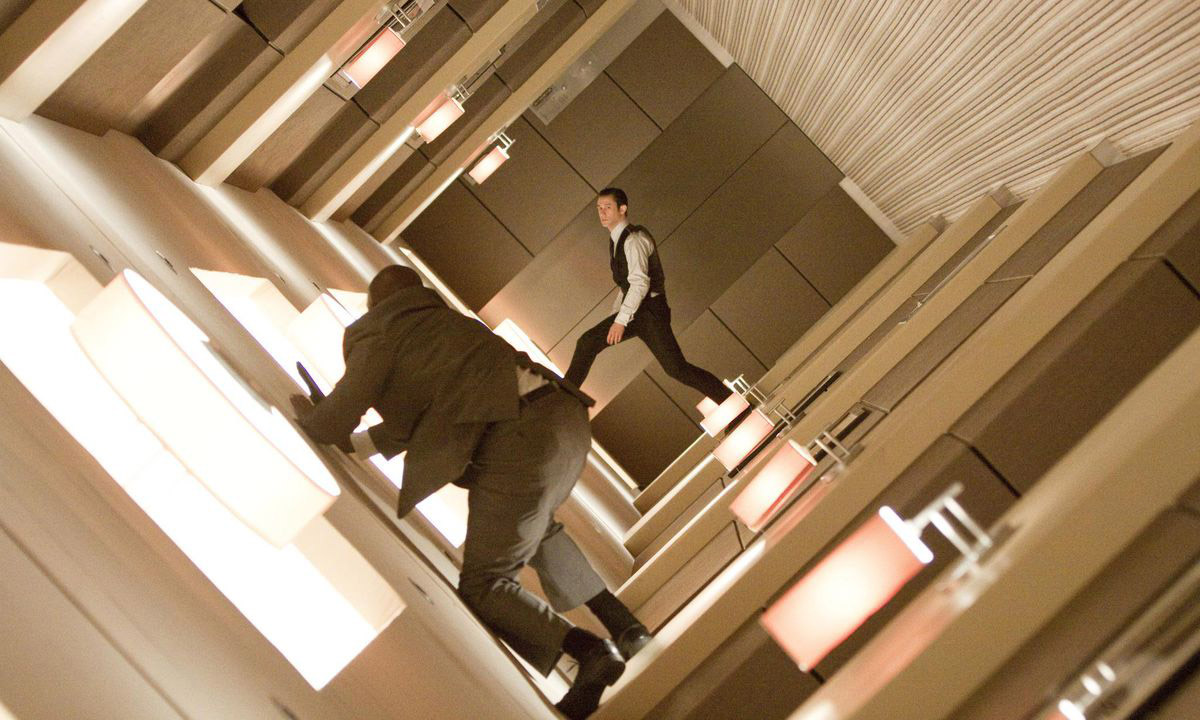 The purported originality of Inception, from concept to execution, says infinitely more about the cinematic vocabulary of those describing it as such than it does about the film itself. Alas, a promising premise and some impressive zero-gravity imagery does not a mind-bending sci-fi spectacle make, and Nolan’s torrentially graceless exposition makes this experience akin to what Nick Schager described upon the film’s release as “instruction manual cinema.” Here, Nolan’s better instincts are strangled by his apparent fear that audiences wouldn’t “get it,” and the result is a minor tragedy of wasted opportunities and verbose bombast that frequently collapses into self-parody. Humanick 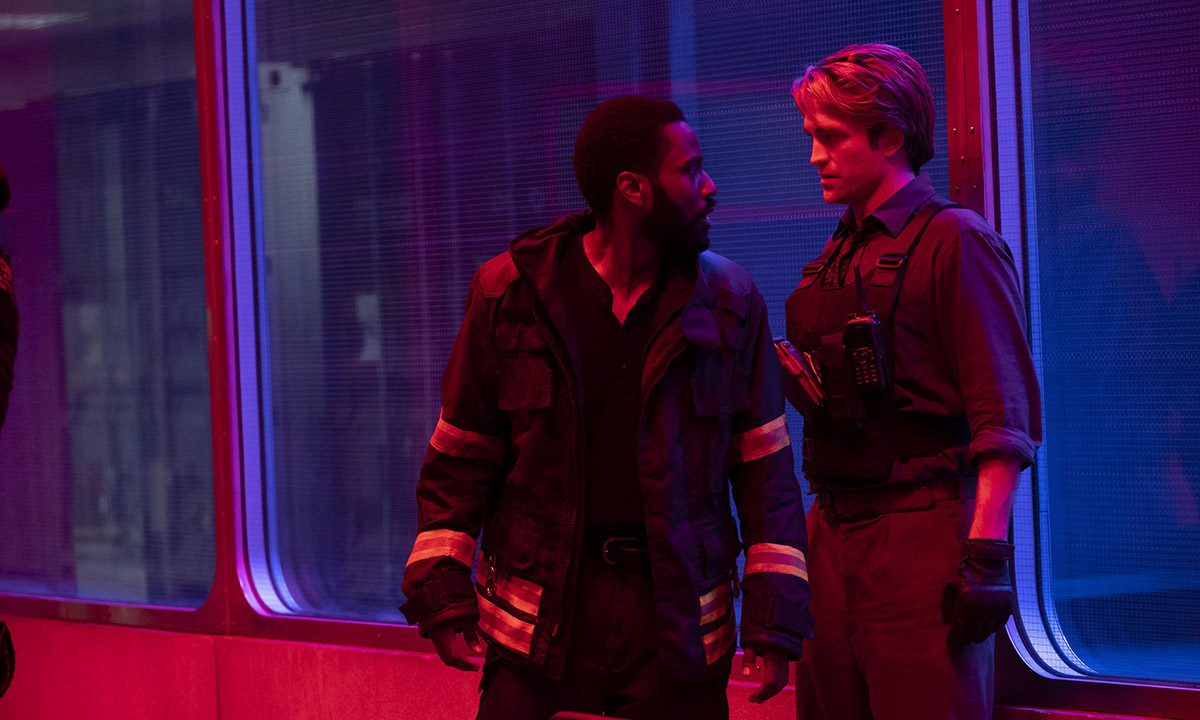 In keeping with Tenet’s allegiance to the world of James Bond, Kenneth Branagh’s villain, Sator, almost itches to prove how bad he is (think of Mads Mikkelsen’s Le Chiffre bleeding from his eyes in Casino Royale). Sator constantly checks his pulse, which never rises above 130. “Each generation looks out for its own survival,” the Protagonist (John David Washington) says, and it seems like Nolan is trying to acquit himself of not taking his 007 riff further. Bond has been pilfered, reworked, and parodied, but Nolan’s self-seriousness is such that he’s loath to subvert the tropes of Ian Fleming’s spy universe. Yes, Tenet knows how to go full throttle. There’s fun to those explosions, and Ludwig Göransson’s throbbing score, which gets the blood pumping higher than Branagh’s pulse counter will allow. But every time it stops to speak, it only emphasizes a hollowness within: how enamored it is of its own cleverness. Ben Flanagan 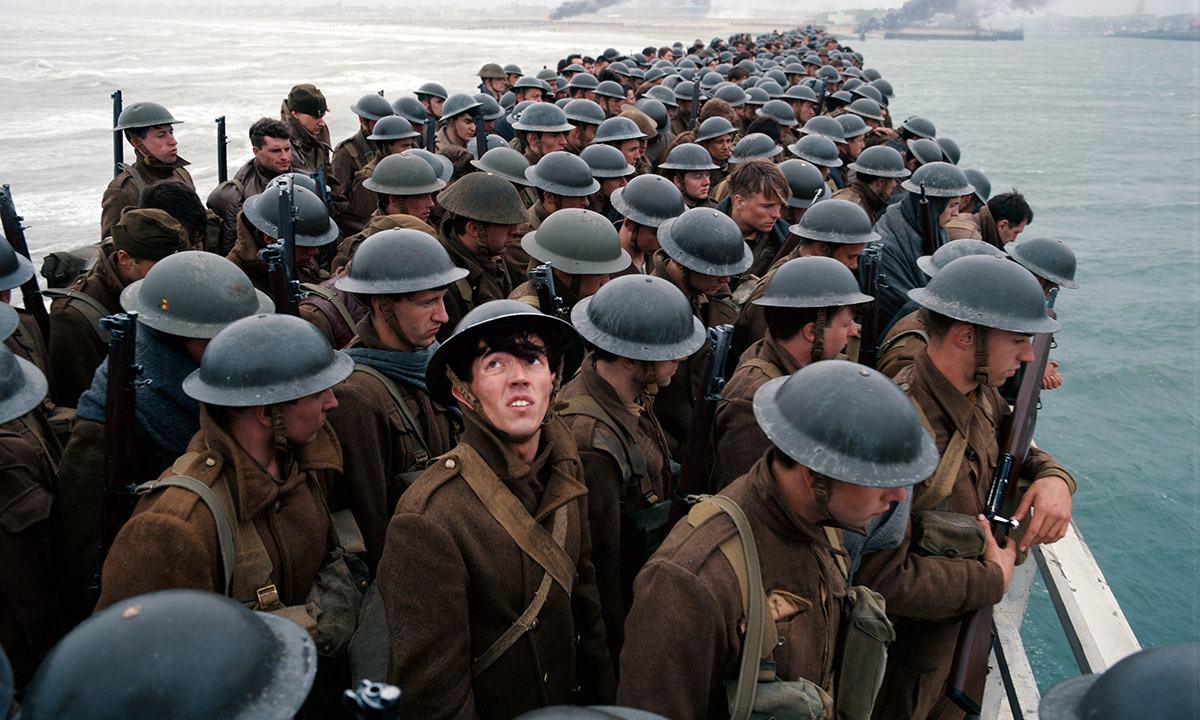 The metronomic precision of Nolan’s cinema, which often trades in crafty puzzles, is foregrounded in Dunkirk, with the sound of a ticking stopwatch embedded deeply into Hans Zimmer’s score. The editing is meant to heighten the sense of bewilderment facing the Allies, but in the end the film’s confusing structure ensures that the any bewilderment is the audience’s own. In devoting so much time to the dull, counterproductive mechanics of the action assembly, Dunkirk dispenses with nearly all other elements of drama. At first, this is to the film’s credit; the characters don’t waste time offering backstory or personality quirks, too focused on the immediacy of survival. After a time, however, the blurred lines between characters only exacerbate the editing’s cold, distancing effect. That Nolan wrenches grace notes out of such fleeting bits of horror is a testament to his intermittent skills as an image-maker. As with his recent spate of blockbusters, however, his fussy ambition ultimately results in aesthetic and thematic sloppiness. Jake Cole 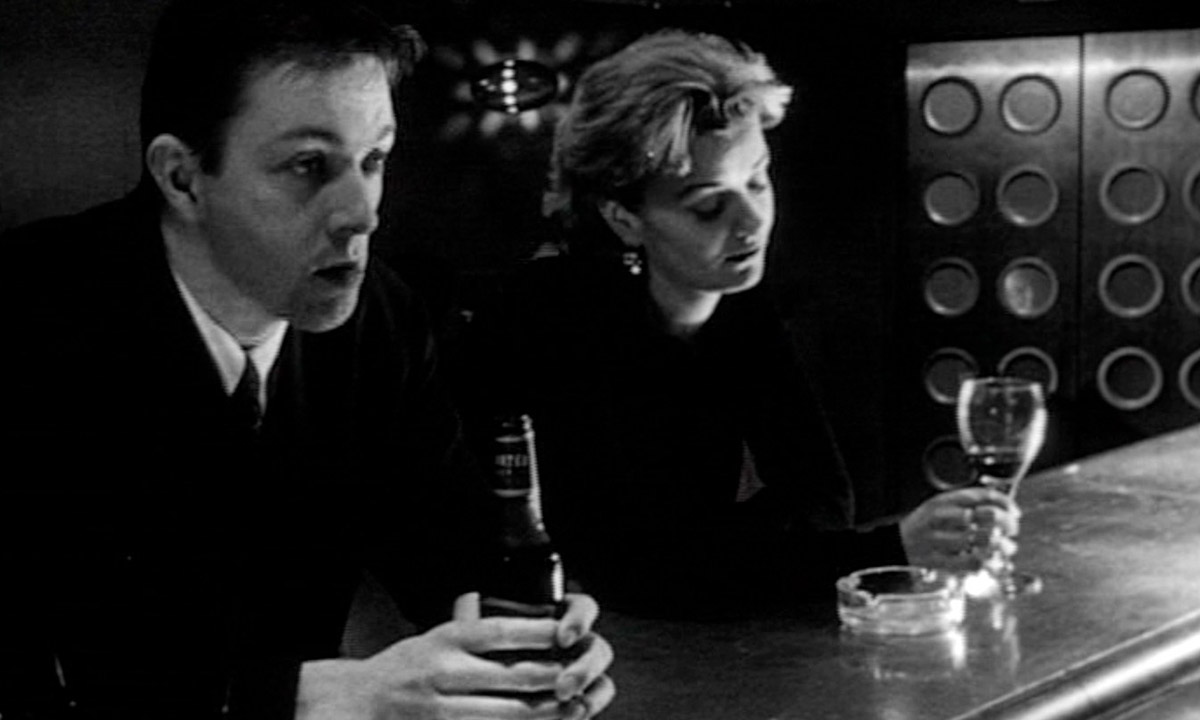 Christopher Nolan’s debut feature, Following, is an intriguing mix of narrative trickery, ponderous psychology, and borderline-hallucinatory chiaroscuro imagery. Jeremy Theobald, credited as “the young man,” is a struggling writer who likes to follow people for creative inspiration, yet this mostly harmless behavior turns into something darker when he starts to break his own self-imposed rules. Nolan’s trademarks are all present in this outing, already replete with hidden identities, plot twists, and shuffled chronology, while even his limitations—thematically on-the-nose dialogue and too much implied connective tissue from scene to scene, or even shot to shot—speak implicitly to the untrustworthiness of the material at hand. Humanick 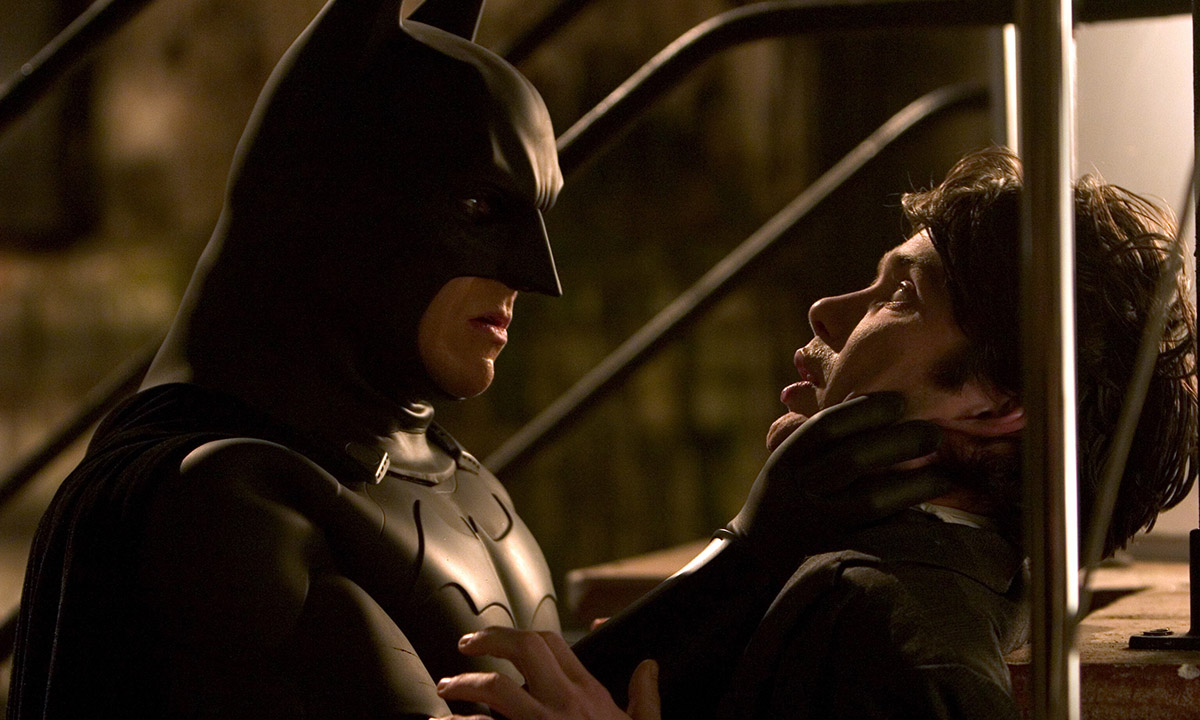 Nearly a decade out, Nolan’s first chapter in his Dark Knight trilogy, Batman Begins, remains a passionate love letter to the caped crusader, albeit one severely undercut by a visual palate that only intermittently captures the brooding qualities of its illustrated source material. Hans Zimmer’s score is a standalone achievement that, paired with an excellent Hollywood cast and a production designed to forgo CGI whenever possible, makes it easier in the moment to overlook the film’s stultifying reliance on pedestrian compositions and manifesto-like exposition. Nolan’s deliberately adult approach to the material was a refreshing reprieve from Joel Schumacher’s camp spectacles, even as it retreated from the visual exuberance established by Tim Burton’s underrated Batman Returns. Humanick 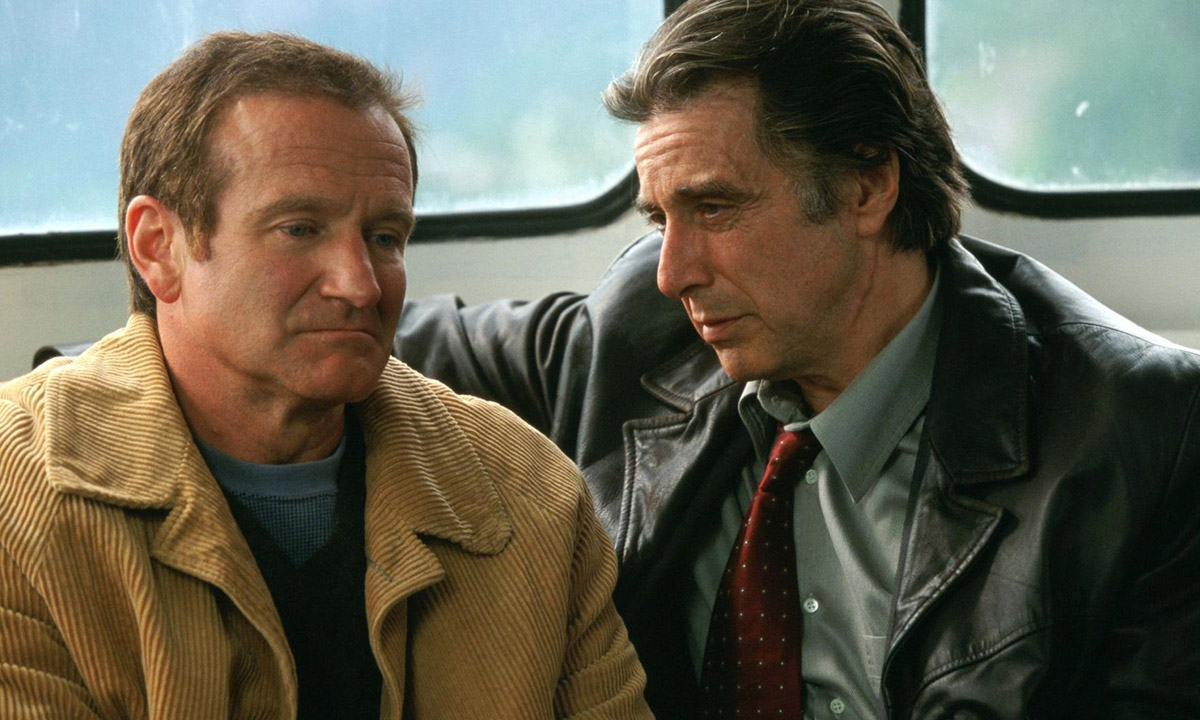 While lacking the sublime existentialism of Erik Skjoldbjærg’s original film of the same name, Insomnia marked Chistopher Nolan as a reliable dramatic filmmaker, divorced from the usual mindfuck hijinks he had already made synonymous with his work. The relationship between Al Pacino’s Detective Dormer and Robin Williams’s Walter Finch is a potent one despite existing mostly off screen, and while it’s disappointing that the film ends in predictable fashion with guns blazing, it’s a small comedown from an otherwise incisive look at the nature of personal will, brilliantly repurposed here in a small Alaskan fishing town where the sun shines even at night. Humanick

Review: Bill & Ted Face the Music Is a Bittersweet Act of Communion