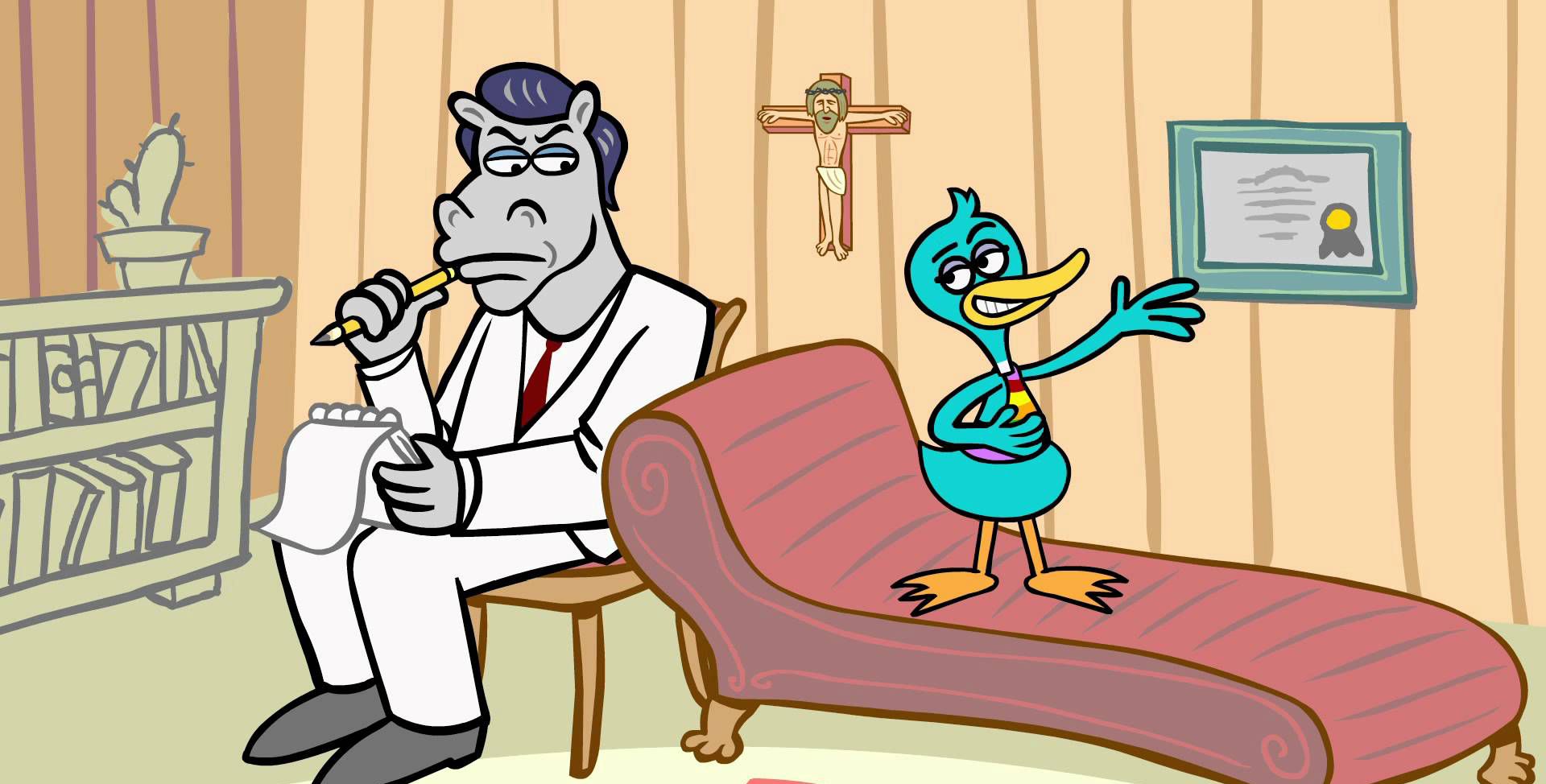 Xeth Feinberg’s Queer Duck: The Movie has the homespun charm of an early season of The Simpsons, which is no surprise since writer-creator Mike Reiss worked on Matt Groening’s classic family satire. Both animations—drawn in unfussy, thick-lined cartoon style—move at a breakneck pace, setting up clever references, double entendres, and musical numbers that slap an unsuspecting viewer in the face and get their points across quickly. (It was not uncommon for a half-hour Simpsons episode to move through an epic’s worth of material with gut-busting elegance.) And both giddily deconstruct individuals’ absurd relationships to institutions—kids to authority, and here, gay men to a hetero world and campy queer culture.

Reiss takes advantage of the contemporary rift between ‘70s-born freewheeling gay lifestyle and modern gay domesticity, using it to throw his main character—the effeminate, slightly sassy, and definitely insecure Queer Duck (JM J. Bullock)—into an identity crisis. When turned down admission by the Happy Land theme park (here a stand in for homophobic, “family-first” establishments), Duck wonders whether a straight life would be better for him. Gay/straight perceptions are subsequently sent through the wringer, emerging as a call to sanity much funnier and almost as engaging as an Andrew Sullivan column.

Duck, followed around by his friends Openly Gator (Kevin Michael Richardson), Bi-Polar Bear (Billy West), and Oscar Wildcat (Maurice LaMarche), marries an aging, has-been diva and attempts to rid himself of his gayness but finds that commitment to a same-sex partner can be enriching and, well, life is just more fun when you get a Margaret Cho joke. Because if you’re just like everyone else, “what’s the fun in that?” Though funded by Paramount, Queer Duck stands as an ideal for independent filmmaking, because it gives trailblazing social mockery something more: real humanity. As Wildcat says, “All across America, fags are at half-mast.”