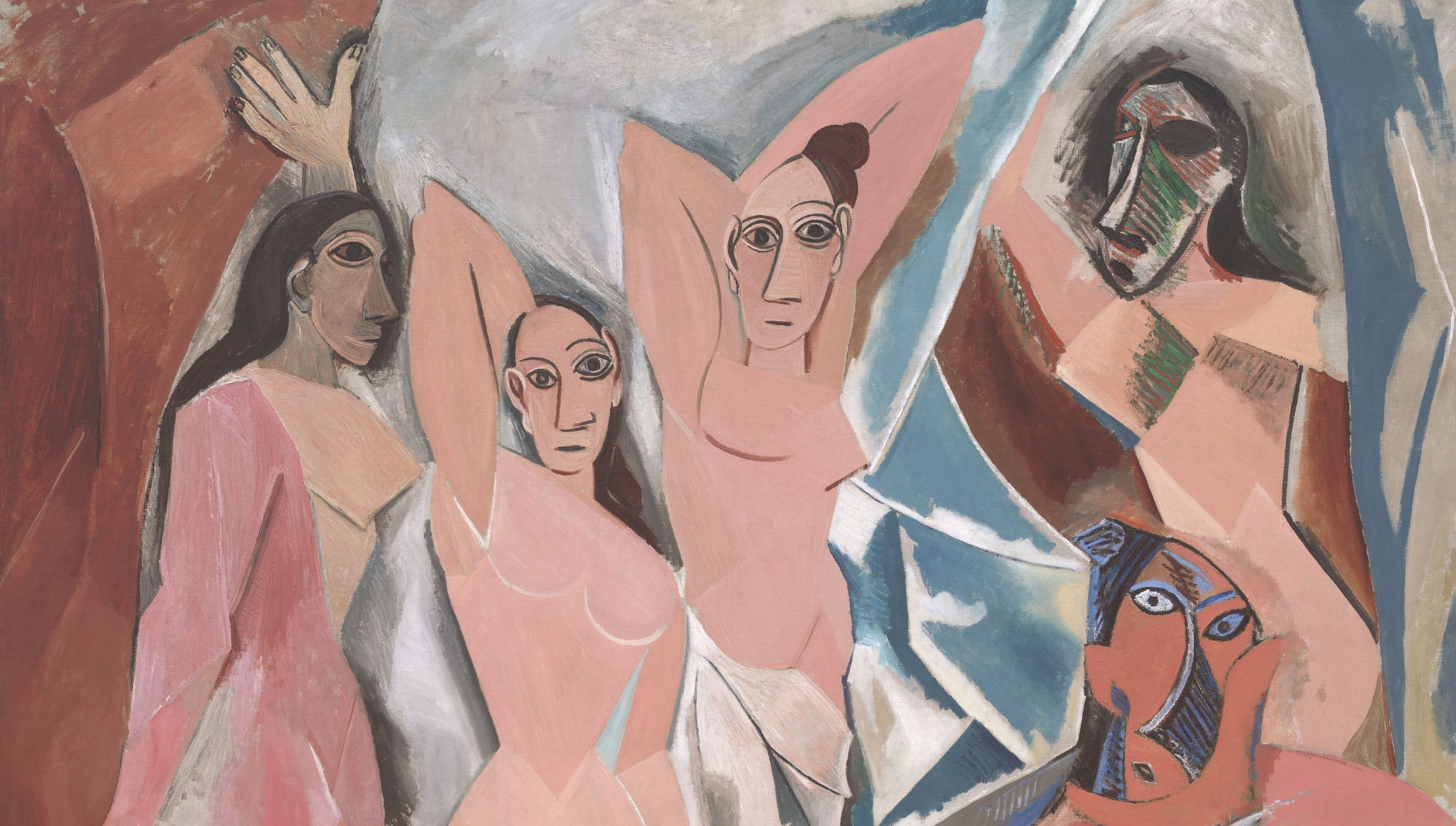 While briefly illuminating as expository novelty, incidental intersections between artistic modes and movements have never struck me as anything to write home, or to simply write, about. Acknowledging the range of personal influences that inform the singularity of a writer, painter, or musician can be a fecund, albeit inessential form of critical engagement—e.g., Malick’s debt to Heidigger—if utilized as a point of entry and not a reductive Rosetta’s Stone. What’s puzzling, however, is the pervasive notion that intimacy with an art piece can be achieved by drawing specious connections to the circumstantial, environmental stimuli that likely inspired it. When posited as a viable, incisive thesis, the fact that artists cannot help but draw on their historical “moments” is, at best, yawn-inducing; empathy can come only through dissecting how their reactions to those individual events have been indelibly rendered.

The mix of art biography, cinematic explication, and curatorial curiosity with which Picasso and Braque Go to the Movies sculpts its central premise straddles, with great effrontery, the line between spurious interpretation and useful historicity. There’s no doubt that the unprecedented nexus of verisimilitude and trickster hijinks executed by film pioneers like Edison and the Lumière brothers engendered a shift in perception, as well as catalyzed the metamorphosis of what was conceivable in media. But as though confusing tangential inspiration with essence, documentarian Arne Glimcher, casually examining the close, almost tautology-creating relationship between Picasso and Braque, seemingly wants to make the questionable, but more importantly inane, argument that cubism could not have happened without cinema—or, the movie somewhat begrudgingly admits, Paul Cezanne. And throughout the deflated, 60-minute running time, the film desultorily teases out this assertion with archival footage from the silent era, photographed cubist masterworks, and talking heads of varying iffiness.

As a rambling rumination on turn-of-the-century aestheticism with brazen flourishes of apophenia, the documentary is strangely effective, but we’re left aching for more specific piece-by-piece analysis. The panel of included experts manages to cogently propound that the widespread spectacle of captured motion provided by projected celluloid was a watershed in the development of visual arts, but their observations seldom move from film subject to film grammar—the human fluidity that was recorded in the Lumière brothers’ The Serpentine Dance but could have just as easily been scrutinized by Picasso in a burlesque house. Art historians Bernice Rose and Natasha Staller have the most relevant credentials to spackle the cracks in Glimcher’s study, but their contributions are edited for maximum abrasiveness: The former catches glimpses of an inexplicable “fan” motif in both cinema’s incipience and Picasso’s work, while the latter hastily tags Les Demoiselles d’Avignon as a filmic study of “rested motion.”

Far less acidly piquant are interviews with writer John Richardson, who addresses the strenuously parallel but ultimately divergent paths the two titular painters would traverse, and co-producer Martin Scorsese—who snatches and runs with the opportunity to confess his comfort with the knowable tactility of 35mm strips and the bewilderingly intangible zeroes-and-ones of digital media. Scorsese’s uncharacteristically plaintive offering to the itinerant rhetoric of Picasso and Braque suggests a somewhat less ire-drawing but no more satisfying conclusion than what’s putatively adopted herein: That searching for traces of your artistic medium’s espirit in that of others may be a fool’s errand, but it can provoke the flow of monumentally refreshing, self-assessing juices.