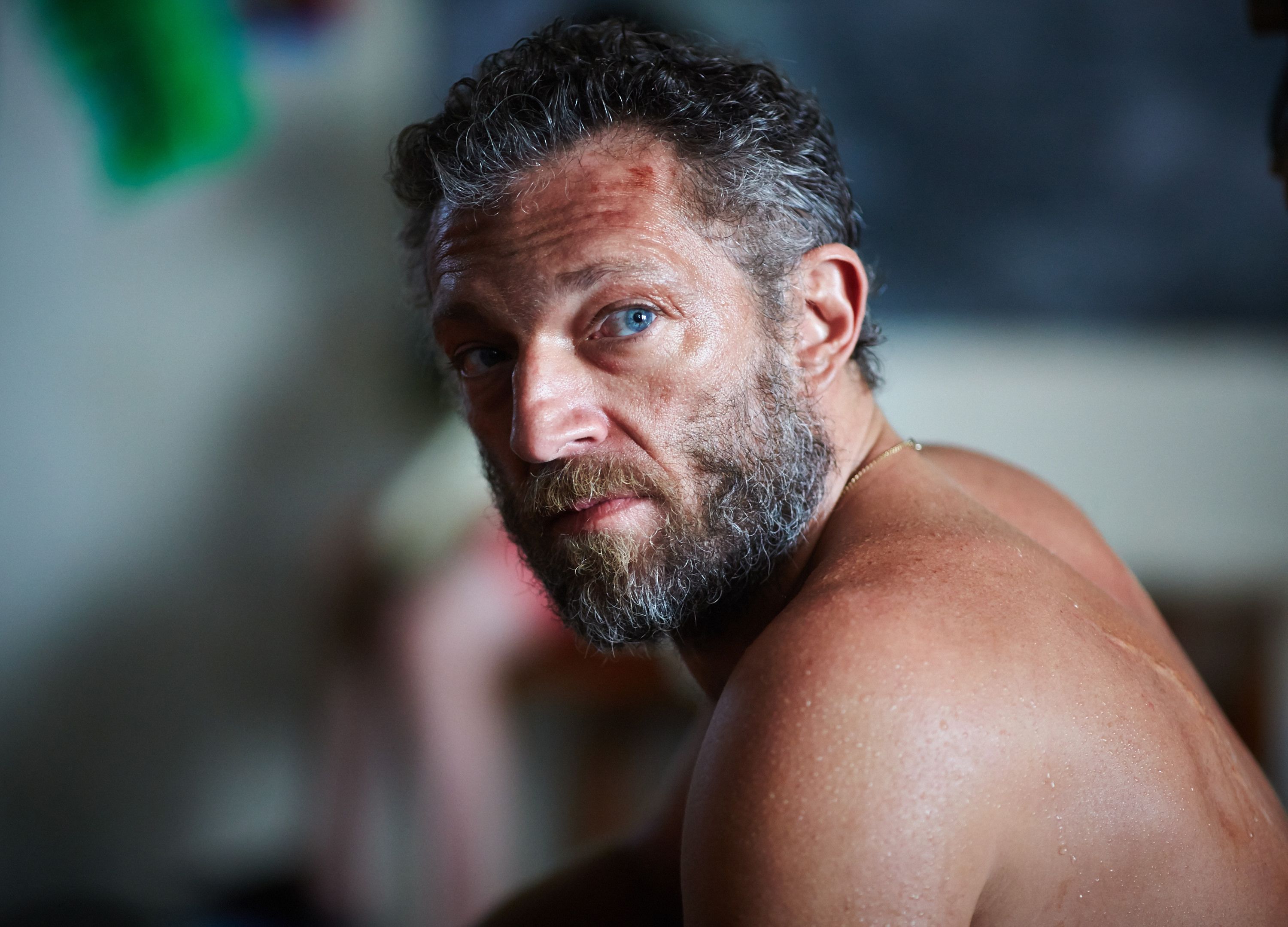 As Gregori, a cult leader living with his harem and their children in an unnamed desert realm, Vincent Cassel inhabits Partisan like an ethereal lycanthrope. The actor’s performance is a fascinating mixture of visceral masculinity and delicate pathos. With his wild, graying beard and hair, Gregori often literally suggests a wolf, and there’s something in his eyes that telegraphs loneliness and resentment even when he clearly believes himself to be functioning at the height of gregariousness.

Cassel frequently produces a quiet sort of comedy from his scenes opposite the children. The latter, in their innocence, see Gregori for the fascist that he is, while their mothers have been preconditioned by disappointment and desperation to look the other way. When Gregori awards a child a gold star for following his rules, or when he scolds one for climbing out the window of their bedroom, Cassel allows you to sense that this man would like to throttle them, but that he insists on this impression of pacifism in an effort to keep his society from crumbling. This is a monster playing at civility, and Partisan derives comic suspense from its testing of Gregori’s boiling point.

It gradually comes to light that Gregori isn’t exactly a fraud though, and this revelation lends the character unexpected stature. He honestly believes that his society of women and children, the latter of whom he trains as assassins to carry out killings for money, is preferable to the outside world (in other words, he truly loves his followers, in his way). Throughout, as Gregori’s beliefs are challenged by two rebellious boys, one reflects back on the haunting opening shots in which the leader is seen before he fashioned his cult, finding an abandoned series of stone buildings with a court that suggests a Babylonian prison yard, seizing a huge wooden pole, and beginning the work of turning this wasteland into a makeshift society.

These moments recall the opening of There Will Be Blood, these scenes coloring their respective narratives in a similar fashion. In both films, our disgust with the protagonists is complicated by a legitimate respect for them—for their inventiveness, guile, will to survive, and for their sheer ballsiness—that’s intensified by the charisma of the leading men playing them.

As a vehicle for Cassel, Partisan is an unqualified success. Filmmaker Ariel Kleiman fashions an erotic atmosphere of dusty sensuality that complicates our judgement of this world, but he takes shortcuts. The ellipsis in the beginning, jumping ahead 10 years from Gregori’s presumed initiation of his community to its settled existence, is a disappointment. One imagines that the best part of the story has been left out: How exactly did Gregori sell these disenfranchised mothers on living with a stranger in the desert? How did he establish the underworld connections who pay him for his underage killers? The ending’s a similar kind of disappointment, mistaking narrative incompletion for ambiguity. Partisan is composed of a single, confidently staged second act, and one misses the first and third movements. Kleiman’s too comfortable allowing things to hang, in the manner of a solid, diverting short story that fails to entirely reap the fruits of its premise.