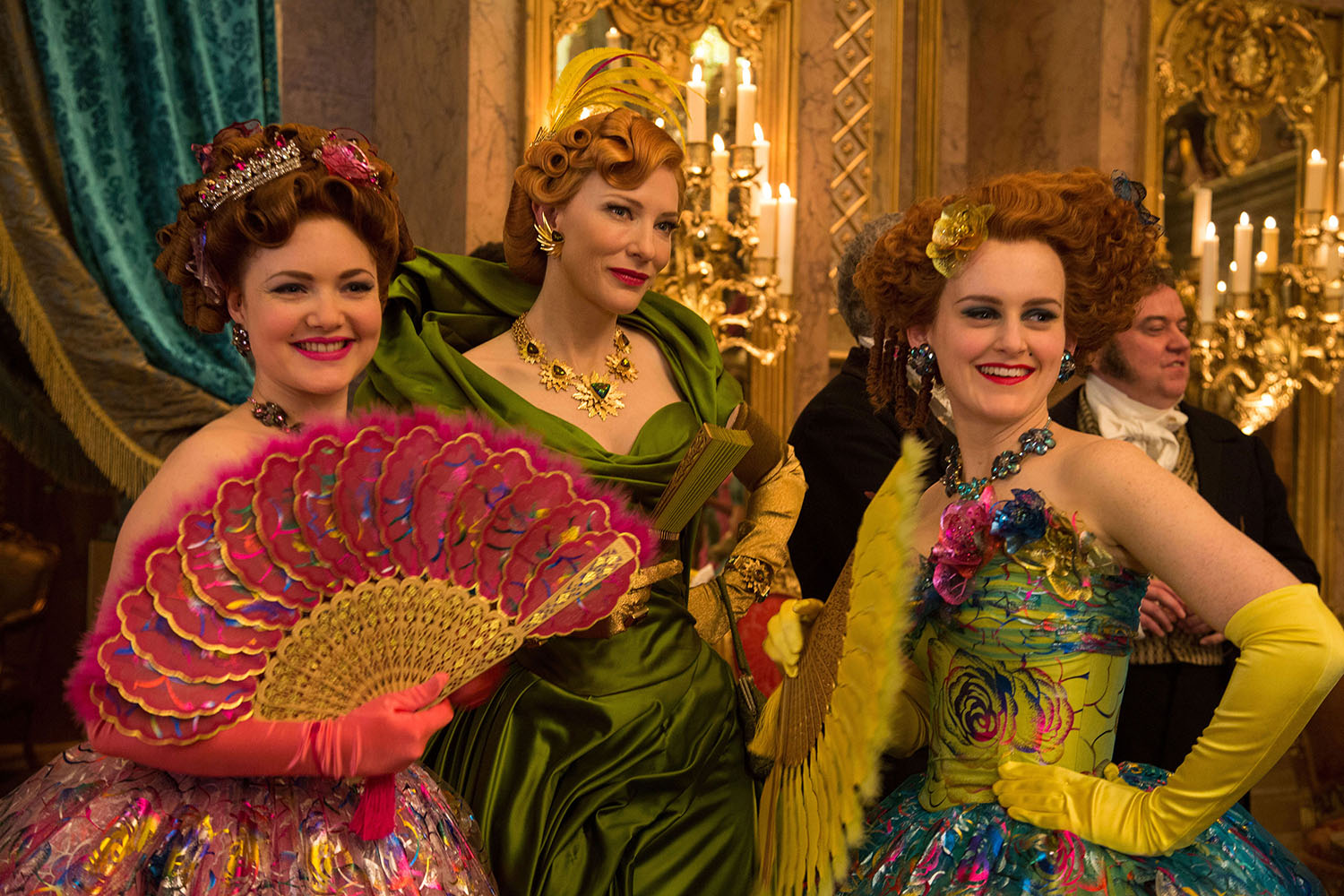 The intensity of Oscar’s love for The Revenant and Mad Max: Fury Road is most keenly felt here. Not that either film is undeserving of its nomination. Quite the opposite in the case of the latter’s Jenny Beavan, who after earning nine nominations and one win for hemming and lacing and draping stiff-lipped Brits in Merchant-Ivory period films and their descendants (Sense and Sensibility, The King’s Speech), utterly rebranded herself with a tour-de-force KISS tribute-band roadshow mashup of Lawrence of Arabia, The Last of the Mohicans, and The Adventures of Priscilla, Queen of the Desert. The audacious playfulness of her work, though, faces the same disadvantage that Jacqueline West’s mangy, desiccated duds in The Revenant’s do as well. Oscar flirts with leather like a curious, submissive pup-in-waiting, but almost always prefers to slip into something a bit more comfortable when he heads home for the night. It’s why the instantly iconic looks worn by Angelina Jolie in Maleficent fell short last year despite the category’s otherwise decent track record for rewardingly queenly fantasies.

Which brings us to our awkward segue to Paco Delgado’s drawing room delicates in The Danish Girl, which were fondled so feverishly by Eddie Redmayne that there can be no doubt they represent the lineup’s most diegetic wardrobe. Then again, Sandy Powell’s attentive designs for Carol perform the same function, but do so well under the radar compared to The Danish Girl’s nose-bleeding faints. Powell’s pitch-perfect choices speak as much to the titular character’s claim “We’re not ugly people” as Cate Blanchett’s performance, but in the style categories Oscar voters have almost always preferred candidates who show and tell, and so we expect to see Powell—who wins once every six or seven years and is thus technically overdue—ascend those steps for the movie that, in rebuttal to Carol, makes Blanchett a very ugly person indeed.