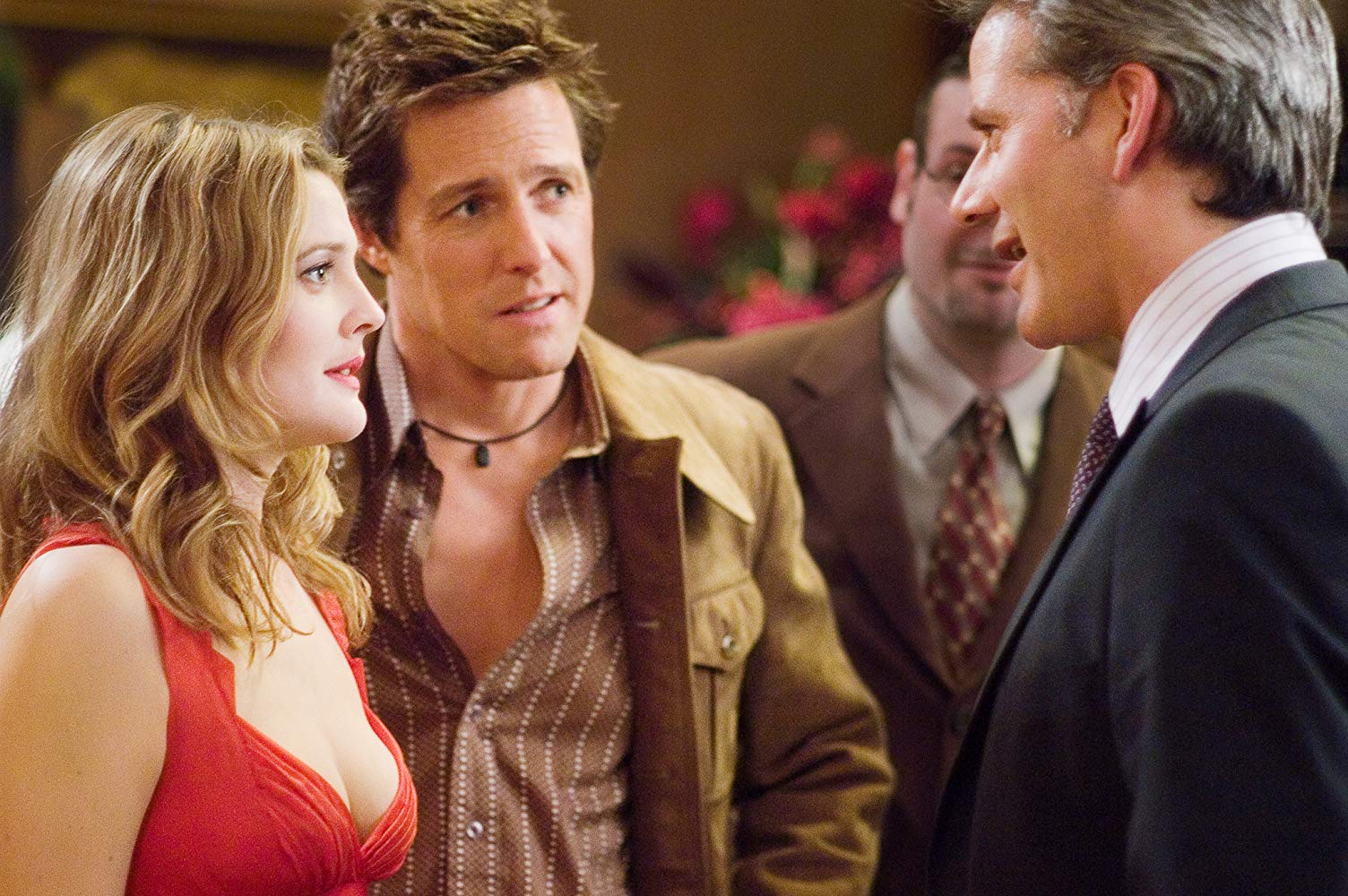 Drew Barrymore and Hugh Grant should work with each other more often. Both actors have uniquely charming idiosyncrasies that have been known to veer into shrill or cloying terrain under the auspices of a bad filmmaker, but in Music and Lyrics their signature quirks harmonize each other. Suggesting beats trying to match each other in conviction and scope, their characters in the film are depressed by past exploits. He’s a former pop star who has accepted his has-been status, entertaining the possibility of competing on a reality program where washed-up musicians like Tiffany and Debbie Gibson box each other for the chance to sing again before a sizeable audience. We know less about her, but that’s because Music and Lyrics is mostly told from the point of view of Grant’s character, who opens his door one day and is instantly mystified by the girl who walks into his apartment to feverishly water his plants only to retreat after pricking her finger.

Alex (Grant) and Sophie (Barrymore) find in each other’s friendship a sense of spiritual uplift, which is the film’s idea of the feeling every good pop song should affect, and Music and Lyric’s narrative charts their bourgeoning relationship with a quiet, improvisational charm. Alex has been asked to write a song for an immaculate pop commodity named Cora (Haley Bennett) who dresses like a Pussycat Doll, sings like Christina Aguilera, performs like Britney Spears, and puts on a concert like Madonna. When he learns of Sophie’s gift for lyricism, he begs for her assistance. She resists, then submits, at which point Alex learns that a current bestseller is a distortion of a love affair Sophie had with a former professor, Sloan Cates (Campbell Scott). The reasons for his regard for music and her appreciation for lyrics come to mirror the process with which they meet, bicker, part ways, and finally reunite.

Director Marc Lawrence doesn’t ask us to believe that Alex and Sophie were destined to meet, or that they will live happily ever after. Equally unpretentious, the lead-in to their first and only sexual encounter in the film begins with an innocent kiss on the cheek—a “thank you” from Sophie to Alex for getting her through an embarrassing episode at a restaurant where she bumps into Sloan, ostensibly for the first time since the publication of his book. Though they are never officially a couple, their breakup is devastating. Having read Sloan’s book, Alex uses the horrible things the man wrote about Sophie against her after she refuses to allow their song to be turned into a bump-and-grind number by Cora. Instead of hurting Alex back—like, say, using the pathetic ambition of his failed solo album against him—Sophie simply walks out the door, thus putting up the better fight.

This is all to say that when Alex and Sophie talk, joke, laugh, fight, and love it’s not altogether different from the way real people might communicate their feelings. Lawrence’s script deserves praise, but it’s Barrymore’s performance that is the true revelation. This isn’t hyperbole. The actress refuses to reduce Sophie to a needy or crazy mess, the only two options given to actresses in Hollywood films of this type. When Sophie overzealously waters Alex’s plants, including the plastic ones, or pours coffee hastily over two mugs, Barrymore doesn’t overplay the character’s carelessness, keeping it funny but hinting at her sadness—the reason for why she might lose sight of her actions. Music and Lyrics has a very strange notion of how business meetings are conducted and an even stranger opinion of the pull songwriters have in the music industry, but Barrymore’s balancing act keeps everything else feeling real.