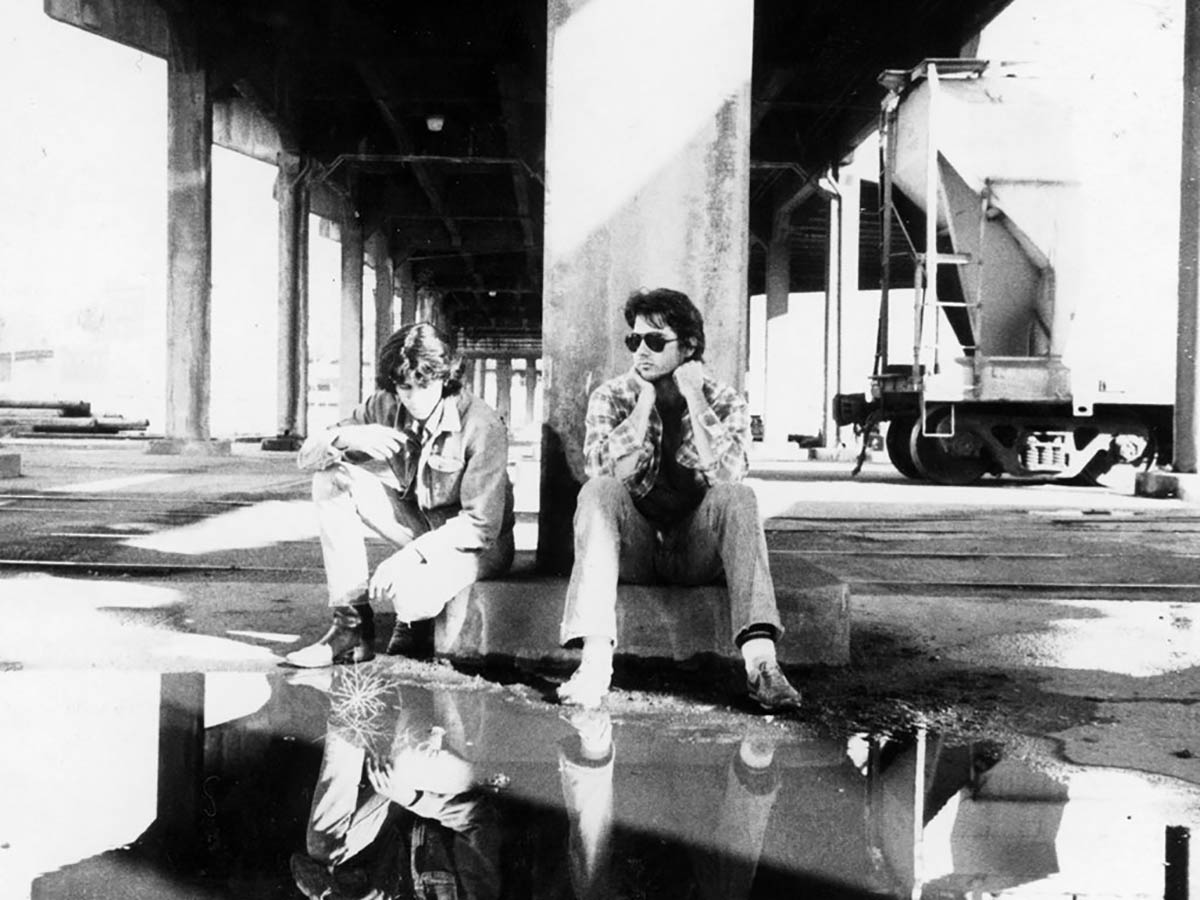 Physically and spiritually, the characters of Mala Noche are in constant stasis, whether en route from Mexico to the States or from one dank apartment room to the next. Gus Van Sant’s gritty, dirty, lyrical, altogether sensual debut feature frames their homosexual existence as one of nomadic isolation, an identity constantly in flux and only preserved through a perpetual sense of redefinition; life is a crapshoot and its many necessities (food, shelter, love, companionship) are but luxuries that some win, some lose. The title is explicitly invoked by the narrating protagonist the morning after a rough one night stand, but the film goes one further and suggests that his existence as a whole is not unlike one prolonged act of fumbling in the dark.

As adapted from the biographical novel of the same name by the poet Walt Curtis (who briefly cameos in a barroom scene), Van Sant’s film approaches its material with an appropriately disorganized narrative, one as reliant on chance as its easygoing main character. Walt (Tim Streeter, in a brilliant performance that remains the only one of his career)—a lower-class shopkeeper who lives a necessarily minimal existence—longs for the young Johnny (Doug Cooeyate), a Mexican boy who frequents his store and is by turns repulsed and intrigued by his friendly advances. Prone to tangents of thought and chance social encounters, Mala Noche ebbs and flows with the currents of its rain-soaked urban environment, while the occasional trip to the countryside is like a much-needed moment of clarity away from the barely restrained madness of it all. Van Sant and his cast left much to chance during production, often forgoing the specifics of the script and allowing the film to piece itself together, already taking on a life of its own. The result is a film that feels less like a manmade work than it does a naturally formed document observing a niche of the human experience from the sidelines, approaching it from different perspectives and uncovering subtleties unknown even to its subjects.

Even at this stage in his career, Van Sant can be seen masterfully weaving image and sound—often through subtle, repetitious use of the latter (in the form of a rumbling air conditioner, rainfall, passing escalator trains) to complement a hazy montage of the former—as a means of creating a distinct physical and emotional space to be shared by both his characters and the audience. Unable to share his love with Johnny (an attempt to buy sex from him falls flat), Walt settles for a late-night fuck with Johnny’s friend Roberto (Ray Monge), who slips a 10-dollar bill from Walt’s pants after the fact and doesn’t even acknowledge their encounter in the following days. Like the wandering souls searching for salvation in his incomparable “death trilogy,” Van Sant juxtaposes these individuals onto their habitat like creatures lost in a barely navigable jungle, users and abusers but also friends and lovers. In retrospect, the modesty of Mala Noche only adds to its revolutionary qualities, not only paving the way for the likes of Todd Haynes and Gregg Araki but permanently establishing its maker as a profound presence to be reckoned with. That the bulk of our film culture still doesn’t know what to do with Van Sant is indicative of his importance to the medium.