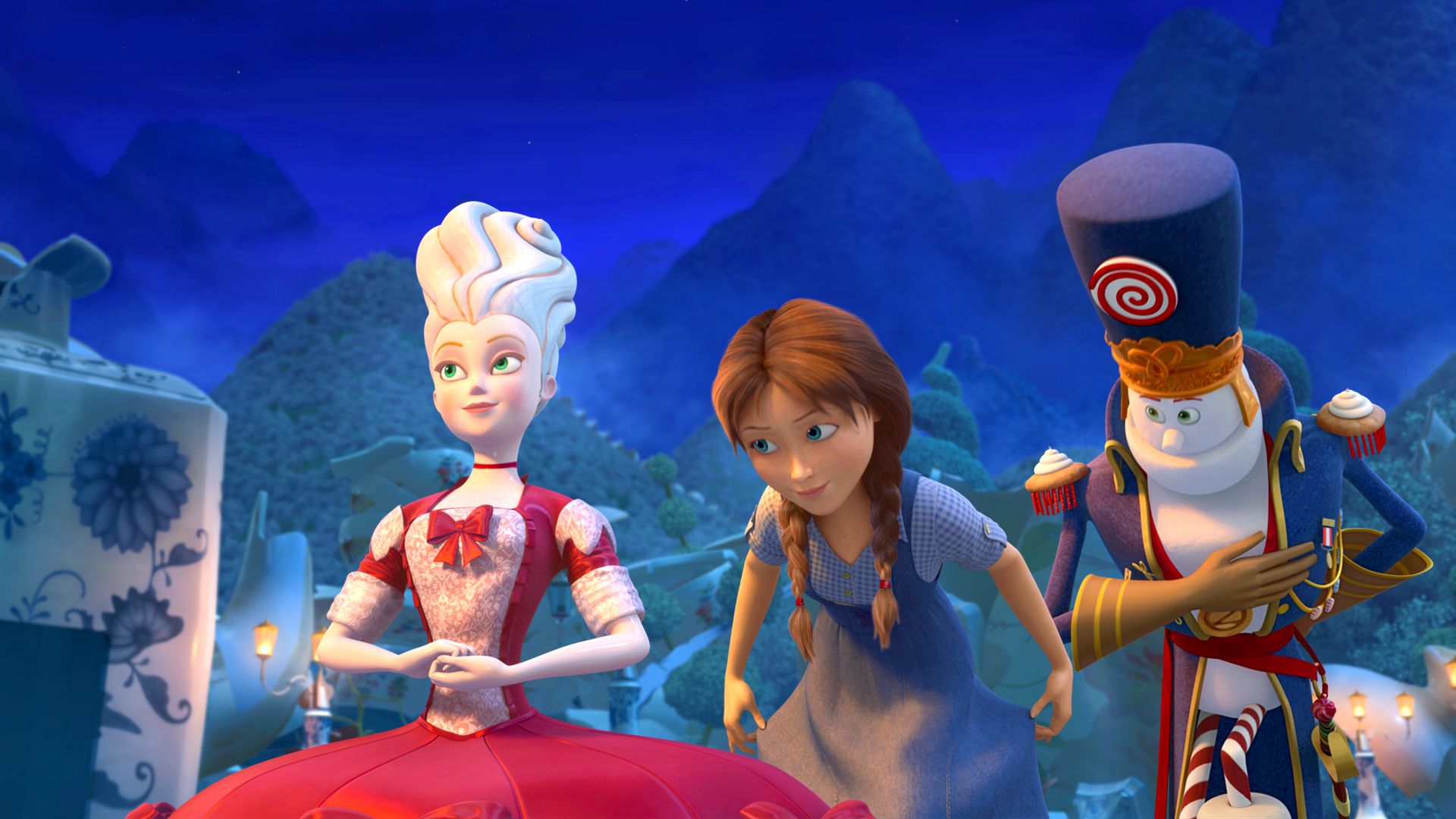 Like sands through the hourglass, so are the days of our lives…except the sands of time do not flow as freely in Kansas as they do in the Emerald City, at least according to Will Finn and Dan St. Pierre’s Legends of Oz: Dorothy’s Return. Though Dorothy Gale (Lea Michele) has barely gotten a chance to survey the wreckage done to her aunt and uncle’s home since tapping her way back to the Sunflower State, the Scarecrow (Dan Akyroyd) has evolved into an inventor of efficient but audience-punishing devices. Rather than aim his “rainbow mover” at the Jester (Martin Short), now shrilly terrorizing the Land of Oz in the wake of his wicked sister’s demise, the Scarecrow uses his makeshift time-travel mechanism to bring Dorothy back to his fantasy dominion—this in spite of the fact that the only talent the girl has ever displayed for fighting evil is an accidental water dousing. And rather than drop Dorothy and Toto in front of the Emerald City, they’re left some half-dozen Candy Land-like neighborhoods away, thus allowing an already thin and bland storyline to be stretched out to an almost Sadean extreme.

Trying to follow the busted yellow brick road, Dorothy encounters on her way to her obligatory showdown with the Jester a series of generic-brand Epcot Center attractions, such as the cringingly literal Great Wall of China, behind whose teacup walls lives the fragile, suitor-seeking China Princess (Megan Hilty). Though Dorothy is now a legend in Oz, the subject of hero worship is treated uncritically throughout, existing only to afford the girl a convenient get-out-of-execution card after she and obese Wiser the Owl (Oliver Platt) lick a bunch a candy they shouldn’t have. And in what is either a sign of creative bankruptcy or a reflection of our sad times, Dorothy’s new friends do not want for such qualities as courage or intellect. In fact, they want for nothing at all, though Wiser discovers at one point that he can still fly despite being one Freaky Eaters appearance away from a massive heart attack, and implicit in China Princess’s ever-relaxing attitude we’re meant to believe that the best cure for vanity is to find a husband. And it’s with such dubious scruples, and much Broadway-style caterwauling, that Dorothy’s Return imagines what The Wizard of Oz would look like with a should-have-gone-straight-to-video chimney on her.