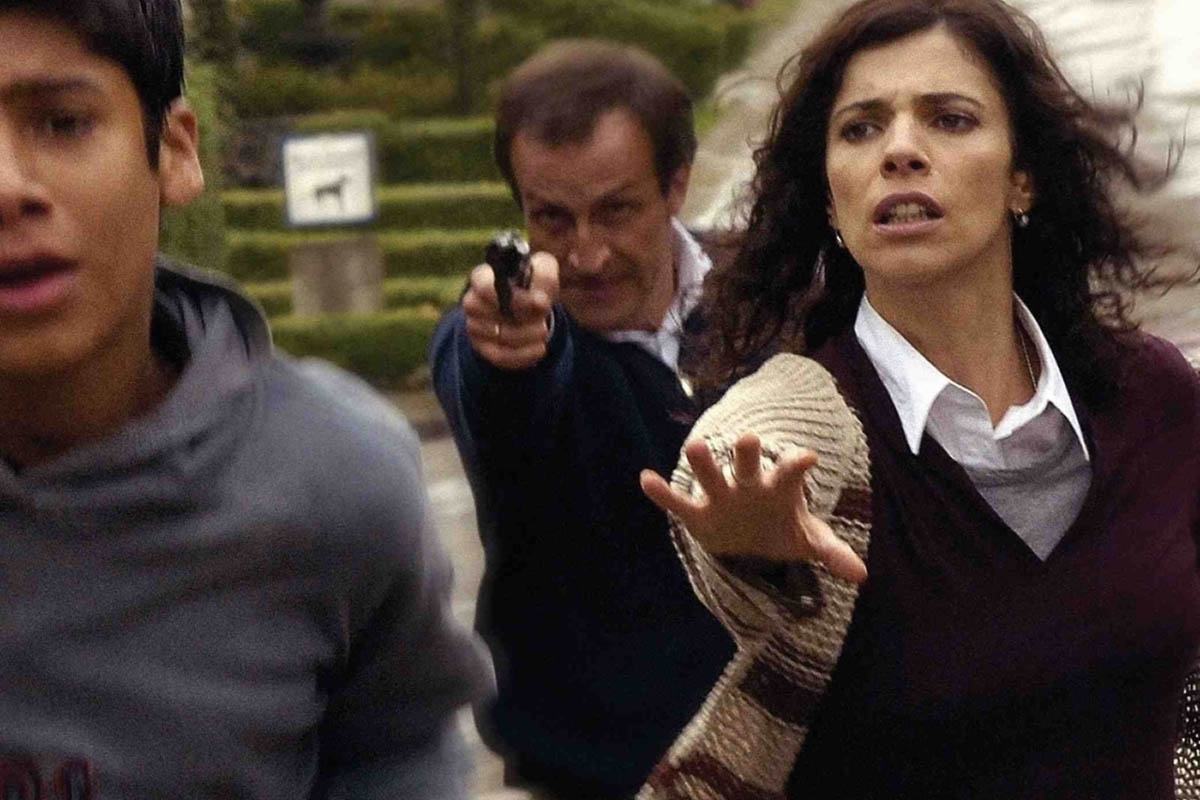 If the insults of La Zona aren’t comprable to those of Paul Haggis’s Crash, that’s because director Rodrigo Plá doesn’t hyperbolically caricature a society’s racial dynamics, only its class relations. As a thriller, the film is an effective number, tracing in nail-biting detail what happens when three boys break into a gated community in Mexico City and leave a woman and a security guard dead in their thieving wake. Rather than report these deaths to the authorities, the people who supervise life within La Zona decide to take action into their own hands by hunting down the one surviving thief, Miguel (Alan Chávez), in order to kill him, and once this blood-thirsty mob is through, sons will turn their backs to their fathers, wives will never fuck their husbands again, and do-gooders will hightail it out of town.

Plá and co-writer Laura Santullo believe that they’re portraying the degeneration of a community into a primitive form of behavior, but because La Zona’s moral majority is already corrupt from the start, hellbent on killing Miguel even if it means bribing police and covering up the deaths of their own, the filmmakers present us with a trajectory that isn’t much of one. Forget that the divide between La Zona’s residents and the slums outside their walls is so exaggerated with special effects that the film brings to mind a sci-fi actioneer, the flashes of life outside La Zona never deepen the story’s discourse, at times actually muddling it.

Though adamant to save Miguel from the clutches of La Zona’s elite, a city cop (Mario Zaragoza) is silenced when his superior threatens to expose the police brutality in his file, but since the officer’s crimes were ostensibly committed against criminal and/or impoverished lives, his vested interest in saving Miguel boggles the mind, unless his persistence is a response to the unchecked privilege La Zona’s ghouls enjoy but he doesn’t. That’s leaving way too much to the audience’s imagination, a consideration the film may have deserved with more sensitive glints of human interest from the world outside La Zona.

For the Love of Myra: Michael Sarne’s Myra Breckinridge