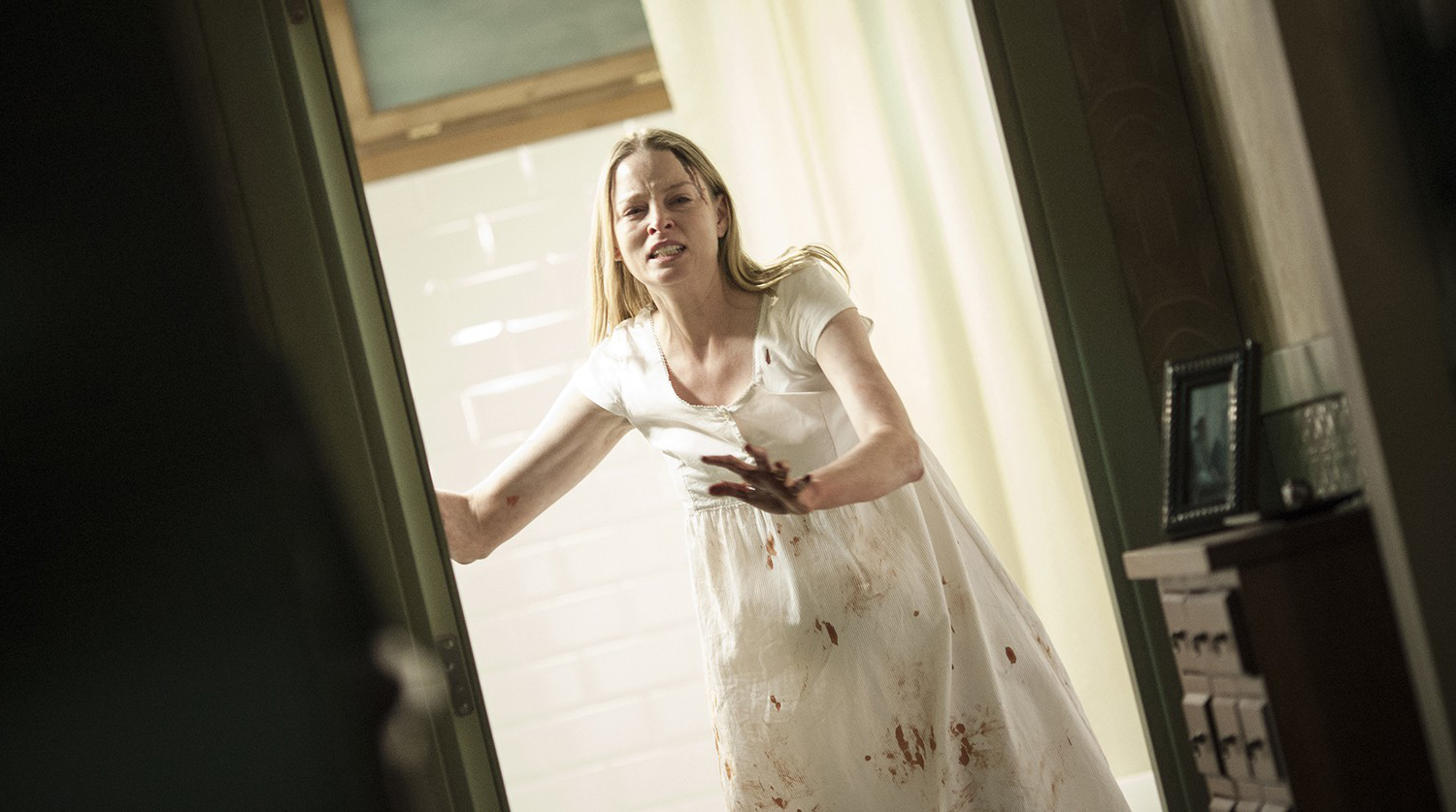 On the spectrum of transgression against some kind of triumph of the horror genre, Miguel Ángel Vivas’s remake of Alexandre Bustillo and Julien Maury’s 2007 exploitation cheapie, Inside, is at best competently mounted and at worst a case study in watering down chaos for an American market. For a spell, the only notable difference between the two versions of the film is the remake’s excision of the original’s goofy but thematically resonant images of a child in utero reacting to the horrors inflicted against its mother’s body. Sarah (Rachel Nichols) is still without a husband in the remake, whose score is also keen on sentimentalizing this tragedy. Increasingly, though, the remake (co-written by [Rec] co-creator and co-director Jaume Balagueró) distances itself from the original by the lengths it goes to disempower Sarah. In Bustillo and Maury’s film, she’s a photographer who uses her camera to get the upper hand on the mysterious woman who wishes to enter her house; here Sarah appears to have no profession at all, but she does suffer from hearing loss and spends much time grappling with her hearing aid, a plot device that doesn’t exactly lend itself to juicy complication. Curiously, Sarah sometimes disempowers herself, as when she inexplicably fails to tell police that the woman who banged at her door knew her name. From this point, the dead bodies pile up as they did in the original, but this film’s horrors, while nervy, lack the volcanic dynamism and gallows humor of the original’s daisy chain of unfortunate events. The same could be said of Laura Harring’s performance as the mystery woman. It’s an unenviable task playing a role originated by Béatrice Dalle, though it’s not as if Harring is given room to channel her character’s desperation, as this film’s almost perverse desire to give Sarah the happy ending she didn’t get in the original comes at the expense of negating all that was hauntingly inexplicable about her terrorizer’s violations.