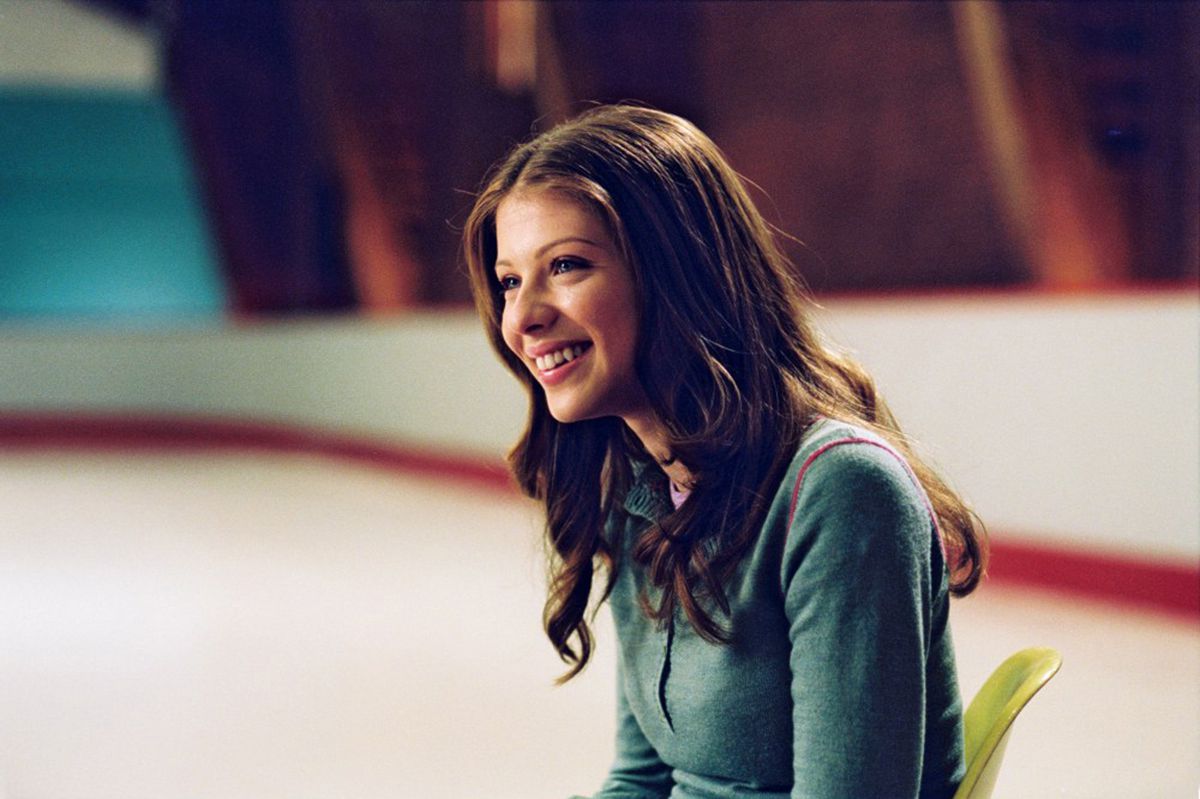 Even for an ugly-duckling-makes-good fairy tale, Ice Princess seems to stretch believability a tad too far. Disney’s latest tween drama concerns Casey (Buffy the Vampire Slayer’s Michelle Trachtenberg), a straight-A student whose dream of attending Harvard is set aside for a career as a superstar figure skater. Determined to concoct a “personal” physics project that will wow her admissions interviewer, Casey—who likes to glide around a nearby pond in her free time—decides to figure out the aerodynamic formulas for her favorite sport. However, hanging around the local skate squad run by Kim Cattrall’s immoral coach (and former pro) Tina Harwood gives Casey the itch to take her own shot at athletic glory, and after a few computer computations prove the scientific blueprint for the perfect triple Lutz, she’s headed to the regional finals. Thus, the geeky genius graduates to sportswoman with the newfound confidence (i.e. sex appeal) to net Tina’s Zamboni-driving son Teddy (Trevor Blumas). This rehashed Pygmalion make-believe provides the film with its serviceable uplift, yet director Tim Fywell (working from Hadley Davis’s fluffy script) doesn’t work very hard selling his schmaltz. Perhaps if Casey weren’t already adorable and in top physical shape, or if popular girl Gen (Hayden Panettiere)—coach Tina’s daughter, who’s initially shown being catty to Casey—didn’t so abruptly make nice-nice with her nerdy new teammate, the film’s rise-to-the-top narrative would be more compelling. Ice Princess briefly touches on the insanity that grips many parents of budding athletes (Tina is an unscrupulous Mommy Dearest to Gen) and the way in which some mothers (in a nod to its belief in female empowerment, fathers are nowhere to be found) attempt to live vicariously through their daughters. Yet the film is really driven by a shallow “follow your heart” doctrine in which practical thoughts about the future are just silly obstacles on one’s path to fame, fortune, and super-cute-awesome fun. And as proven by Casey’s relationship with her dowdy, feminist mom—portrayed by Joan Cusack as a frumpy killjoy with a fear of women’s sexuality—that road to stardom is headed directly away from pseudo-lesbian parental figures more interested in corduroy business suits than in skimpy, sparkly performance outfits.

Review: Panic in the Streets