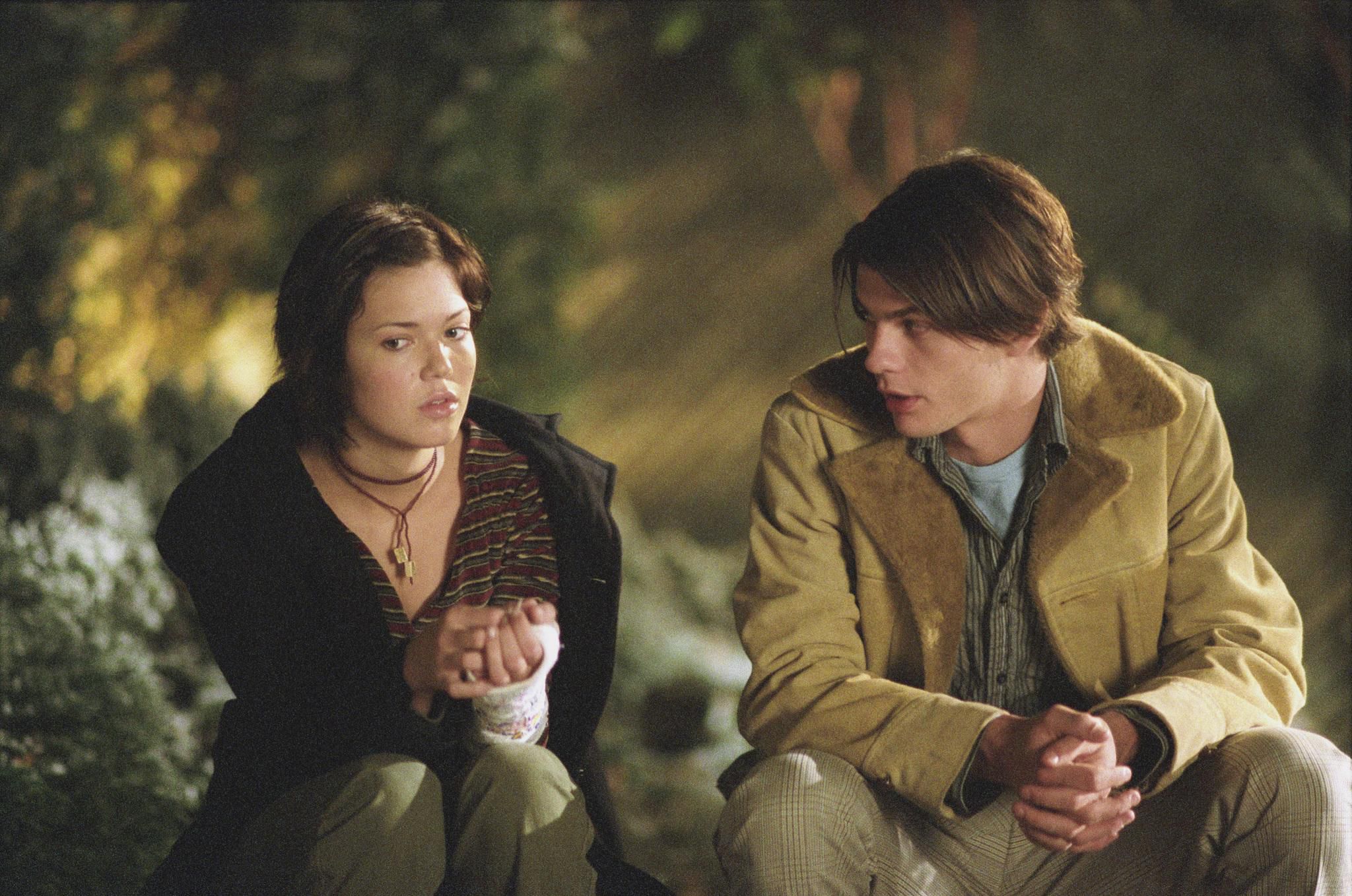 Essentially The Virgin Suicides-lite, How to Deal unravels like pages from a self-flagellating tween girl’s diary. Halley Martin (Mandy Moore) wants to know why love makes people crazy and has yet to grasp the concept that “even Madonna eventually got married.” While mom (Allison Janney) takes out her frustrations with the male sex on unsuspecting garden weeds and soda machines, her child of divorce dutifully shuns the love of the cool Macon (Trent Ford). When it rains it pours, and every potentially thorny crisis in the film—walking in on a best friend having sex, an impromptu death, an unexpected pregnancy—is reduced to a mere Hallmark card moment. Just as naïve but more sweetly spontaneous are director Clare Kilner’s evocations of the flutters of a first-time love affair: Macon first seduces Halley by attaching a leaf blower to her back and later shares with her a magical realist kiss before an eruption of water at a local dam. The rocks Macon throws at Halley’s bedroom window soon become as difficult to swallow as the film’s grade school sentiments, easy resolutions and ridiculous literal-mindedness (Halley crashes into love, but not before crashing into a tree). But for all its sappiness, How to Deal is every bit as earnest and innocent as Moore’s last star vehicle, the Christian pop film A Walk to Remember. “Love is a big scary concept,” she says. Indeed Halley, now can you please pass some of that ganja your funny little grandmother is smoking?

Review: Agnès Varda’s Cléo from 5 to 7 Is Giddily in Touch with Its Paradoxes