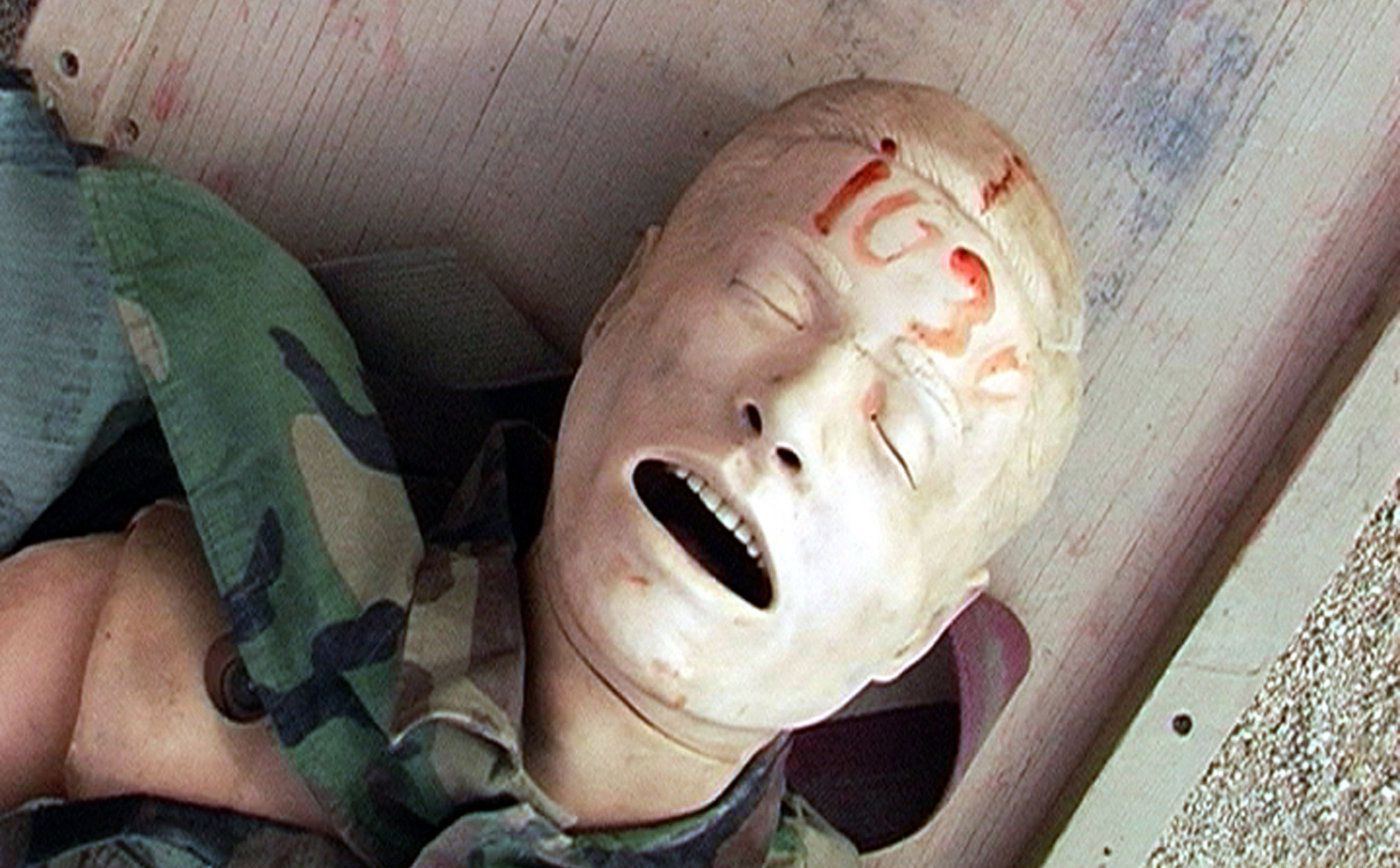 War games reach surreal heights in California’s Mohave desert, where at the National Training Center soldiers partake in two-week Iraq war simulations set in rundown villages replete with crumbling infrastructure, ever-present media, pesky insurgents, and citizens both loyal and antagonistic to the American military. Tony Gerber and Jesse Moss’s Full Battle Rattle follows one battalion at phony “Medina Wasl” as it undergoes this immersive scenario, a virtual reality exercise that aims to prepare men and women for what the conflict is like overseas. Other than delivering an initial dose of “Can you believe this exists?” strangeness, however, the film contributes little to the discussion about the war’s preparation and execution. A soldier’s dismissive first-day reference to “As-Salaam-Alaikum shit”—a comment frowned upon by his lieutenant colonel McLaughlin—gets at the ignorance and insensitivity that travels with many grunts, who in this game learn the troubles of interacting with everyday people who don’t speak English and might be potential threats. McLaughlin is a levelheaded individual genuinely convinced that reason is vital to resolving problems, but once his unit kills an innocent civilian and community unrest begins to boil, he comes to learn the true complexity and volatility of the situation. Unfortunately, the difficulties of our Iraq campaign have long since been exhaustively detailed by prior Iraq-themed docs, and Full Battle Rattle often seems content to merely work its way toward the concluding notion that, if our armed forces can’t cut it in fake Iraq, they’ll never be able to handle the real deal. This may be depressingly true, but it’s hard to see what concrete effect the simulation’s contrived plots and characters (all crafted with attention to Hollywood-ish staging, storytelling and acting) have on actual battlefield performance. Moreover, it’s tough to figure out what profound influence it even has on individuals, as Gerber and Moss’s mini-portraits—be they of McLaughlin or the various Iraqi émigrés who “play” Medina Wasl citizens—are so hasty that any insight into role-playing as combat training exercise or attempt at educational cross-cultural dialogue goes by the wayside.