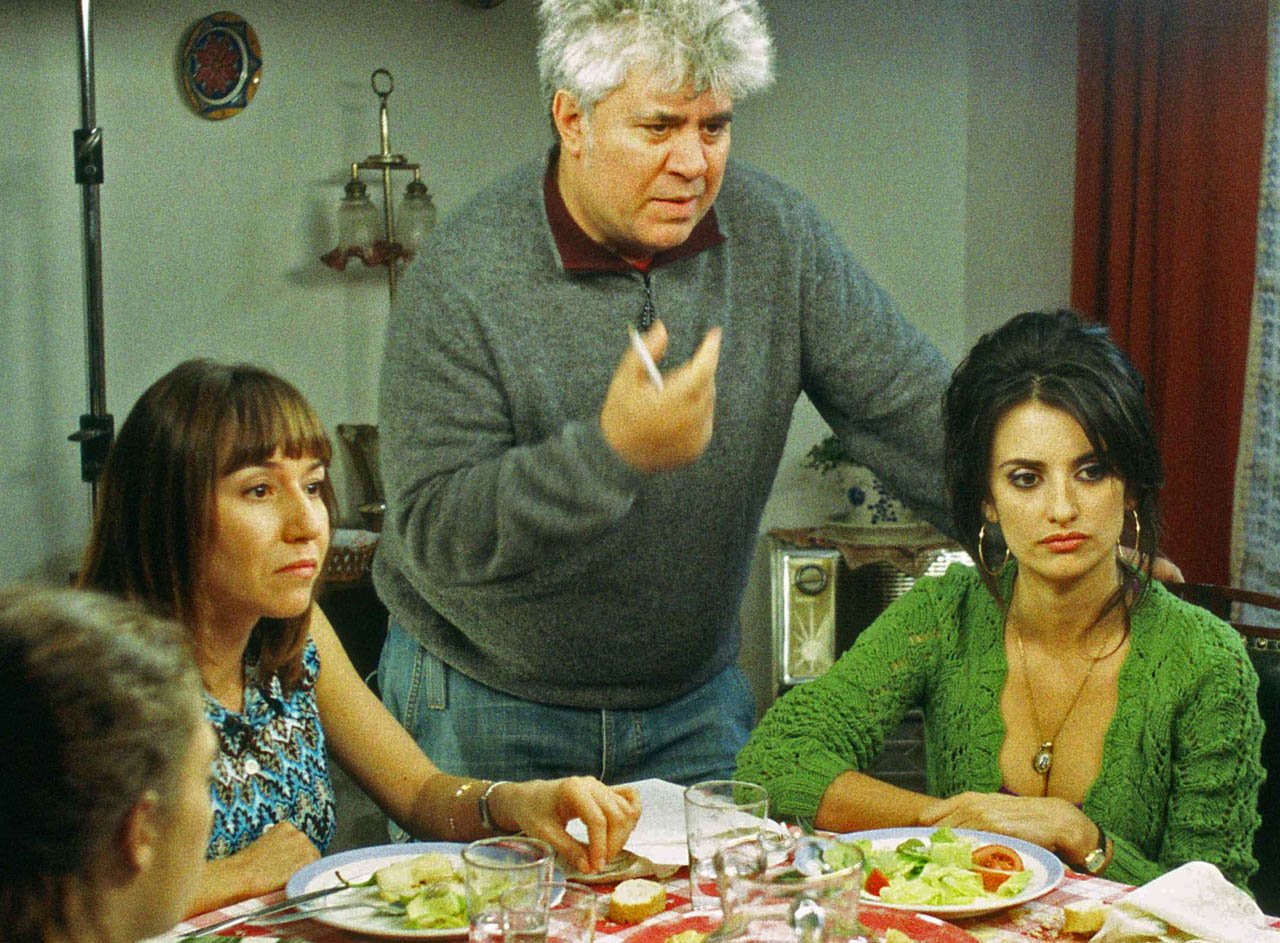 I’ve been working on reviews of a number of new releases, but since I’m not finished yet—and the holidays are eating me alive, schedule-wise—I’m going to cut and run today, and offer an excerpt from my short stack of movie and TV books. This one’s from Laurent Tirard’s excellent volume Moviemakers’ Master Class: Private Lessons from the World’s Foremost Directors, an anthology of interviews with the likes of Woody Allen, Bernardo Bertolucci, John Boorman, Jean-Luc Godard, David Lynch, Martin Scorsese, Oliver Stone, Wong Kar-wai and others. It’s a must-read for anyone who’s interested in making movies or simply learning how movies are made, and it’s especially good at revealing how the best movies reflect the personalities of their creators.

The following is from Tirard’s interview with Pedro Almodóvar:

“Once or twice, I have met with students, mostly in American universities, to answer questions about my films. What struck me was that my cinema didn’t clearly resemble what their teachers had taught them. I could tell that they were lost and confused, not because of the complexity of my answers, but because of their simplicity. They had imagined that I would reveal all kinds of precisely and carefully thought-out rules. But the truth is, their are either too many rules or too few. And I know hundreds of examples proving that one can make a good film by breaking all the rules. I remember that when I shot my first film, I had major problems that forced me to take several shots (for use in) the same scene over a whole year. Consequently, at the start of the scene, the actress has short hair; in the next shot, her hair is medium long; and, in the third shot, very long. On noticing this while cutting the film, I thought the audience would howl, because this went against the most basic rule of all, that of the match cut. But no one noticed a thing. And that was a great lesson for me. It proved that in the end, no one gives a damn about technical errors as long as the film tells an interesting story with a genuine point of view. That is why my advice to anyone who wants to make films is to make them, even if they don’t know how. They’ll learn by doing it, in the most vibrant and organic way possible.”