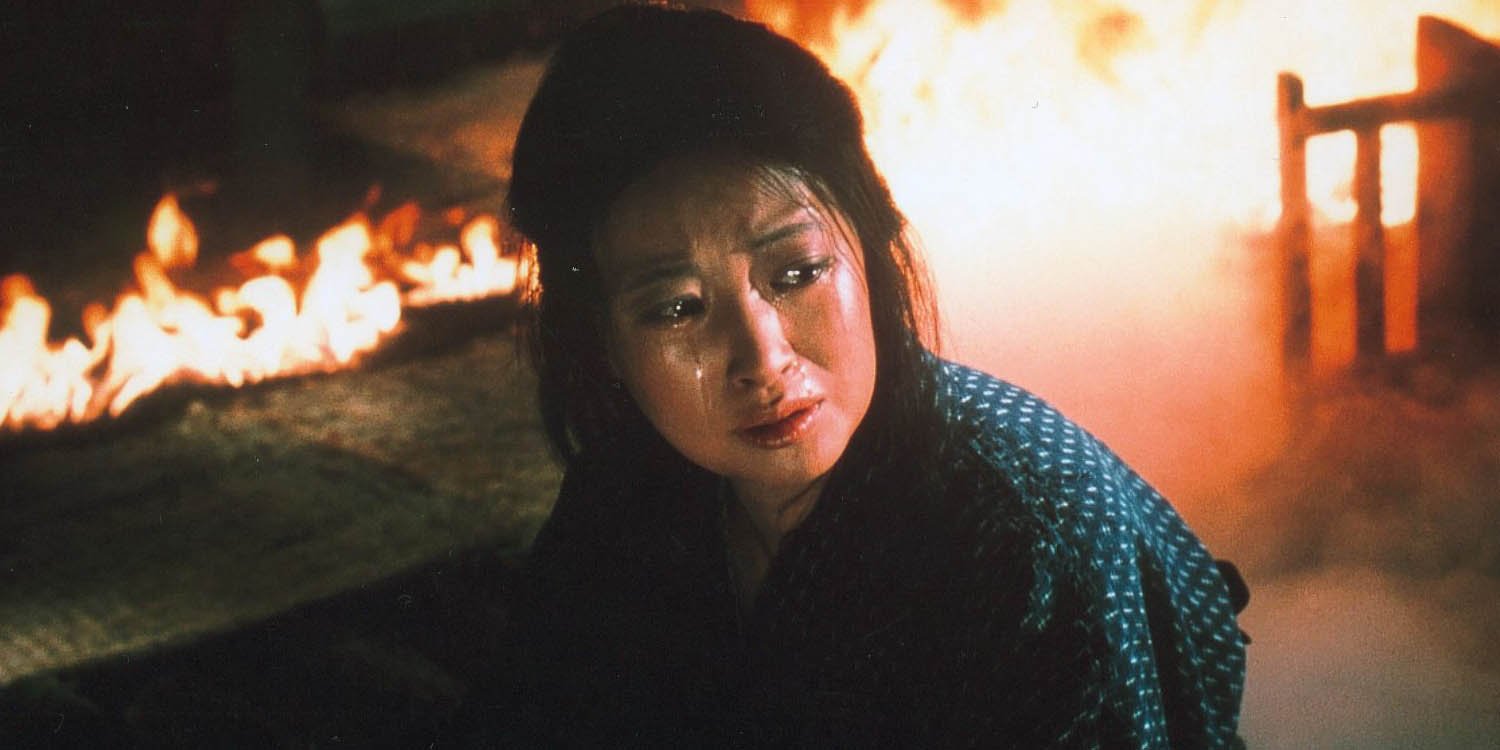 Oshima Nagisa just can’t win. After getting in trouble for being too pornographic, he was chastised for not being pornographic enough. Following the hardcore shagging that made his 1976 salvo In the Realm of the Senses an art-house cause célèbre, the substantially less explicit sex scenes in his follow-up, Empire of Passion, were reportedly enough of a disappointment to end the director’s contract with producer Anatole Dauman. If Empire is fated to play diluted Manderlay to Senses’s wicked Dogville when it comes to prurient outrage, it remains a slashing provocation in its own right, and in some areas an even more complex achievement. Set in a remote Japanese village in 1895 (“An age of civilization and enlightenment”), the film chronicles the l’amour fou affair between idle ex-soldier Toyoji (Fuji Tatsuya) and Seki (Yoshiyuki Kazuko), the older wife of rickshaw driver Gisaburo (Tamura Takahiro). Toyoji’s jealousy drives them to kill the husband, but the pall of guilt and persecution—enhanced by the appearance of Gisaburo’s dejected, accusatorily silent ghost—threatens to tear the couple apart rather than bring them together.

While the lovers in the earlier film sought escape from the pressures of the world by confining themselves to a small room, Toyoji and Seki can afford no such escape. Instead, their spiritual and carnal unrest is forced out into the open, placed against the changing seasons of nature, and ultimately castigated by the increasingly militarized society around them. Oshima’s take on the Japanese tradition of kaidan (ghost story), Empire, with its crawling-in-the-mud sexuality and eccentric peasants, is also something of a stroll into fellow agitator Shôhei Imamura’s turf. Where Imamura warmly embraces the impulses of his characters, however, the ruthlessly analytical Oshima keeps his distance: The film’s circular motif (rickshaw wheels, the opening of the well into which the husband’s body is dumped) suggests less the continuous flow of life than a deterministic ring closing in on the main characters as new local authorities investigate their crime. A sequence in which the spectral Gisaburo drives Seki through a misty crossroads is a toe-curler that out-spooks many of the J-horror chillers of the next decades, yet, as Empire’s finale powerfully illustrates, the suppression and punishment of transgressive passion are to Oshima the real horror story.

Tribeca Film Festival 2009: In the Loop