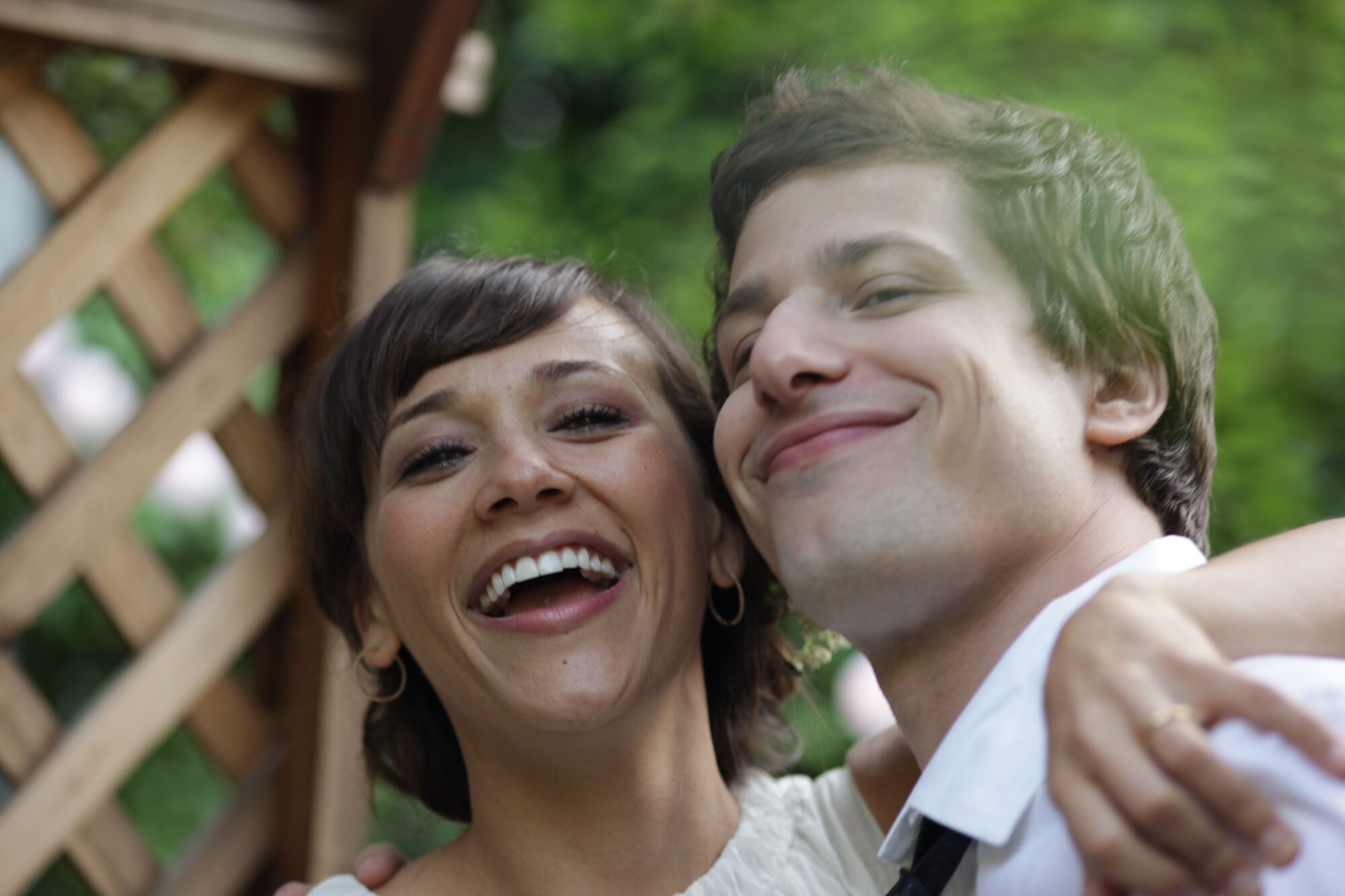 Celeste and Jesse Forever is an honest and breezily melancholic film, thoroughly clear-sighted in its intentions and ideas and bravely committed to the emotional rigors of its central relationship. As played by Andy Samberg and Rashida Jones, the eponymous divorced couple represents a familiar scenario given an inventive polish: Their divorce hasn’t diminished their chemistry, and they continue to live together, only now he resides in the small guest bungalow in the back of their home.

Of course, part of why they still get along so well is that Jesse (Samberg) is still brazenly holding out for reconciliation, whereas Celeste (Jones) asserts that Jesse could never be the father of her children. It also helps that Samberg and Jones themselves have stunning chemistry and an easy rapport, which gives them ample room to play when, following a disastrous drunken hook-up, Jesse moves out and ends up learning that he knocked up Veronica (Rebecca Dayan), a one-night stand.

The story, however, remains with Celeste and, if nothing else, Celeste and Jesse Forever serves as a platform for Jones to give a go at a lead performance, which she proves more than capable of doing with shaggy charm and a stinging vulnerability. Jones and Will McCormack, who dated briefly but ultimately decided to go plutonic, co-wrote the script together and the role of Celeste vibrates with itchy nuance and personal weight; McCormack gives a small, admirable comedic performance in the role of friendly pot dealer Skillz.

The film is essentially a character study of Celeste, and director Lee Toland Krieger favors close-ups to reverberate the complex, intense intimacy shared by the titular friends. It’s a suitable aesthetic choice, but Krieger overplays his hand, especially considering the to-the-bone sincerity of the performances and the script. The repetitive use of these close-ups and warm, saturnine synths on the soundtrack smacks of agenda, in this case to invoke an atmosphere of sadness and desperation.

When Jesse, overwhelmed by his station, visits Celeste and things are rekindled momentarily out of weakness and their ease with one another, it’s genuinely moving, and Krieger beautifully frames it in a two-shot on her couch. It shows a confidence in the material and the characters that’s only fully felt occasionally as the film goes on; on the whole, the direction is more than competent but feels labored. The supporting cast, however, brings this humble, somber story to vivid life, including Elijah Wood as Celeste’s co-worker, Ari Graynor as her best friend, and, most remarkable, Chris Messina as a lovable pseudo-yuppie who takes a romantic interest in her.

Then there’s Samberg, who does indeed give his most natural and effective performance to date. It’s somewhat of a cliché at this point to have a chronically unemployed artist as a character, as Jesse is, but in Jones and McCormack’s script, the role takes on a newfound weight thematically. Celeste works at a marketing and advertising firm and her job is to essentially spot trends and define them in a rigid, universally understandable way, which becomes an issue when she must start working for a bratty Avril Lavigne-cum-Lady Gaga hybrid, Riley (Emma Roberts). Riley is young and dumb, but she turns out to be playful and understanding as well, offering something of a refuge when Jesse finds regular income and stabilizes his life with Veronica, causing Celeste to lose her marbles.

So, the film revisits familiar concepts, those of the faults in judging by appearance and the subtle, slow-moving transitions inherent in separation and, eventually, growth. And that it does so by comparing it to bracingly modern forms of socializing and making a living gives it a well-worn timeliness that never detracts from the irrefutable timelessness of the complex relationship at the eye of the storm. It’s a minor but undeniable triumph, and if its director’s artistry is never as unique and sublime as new classics like Greenberg, Cyrus, and, more recently, The Five-Year Engagement, it’s nevertheless an exemplary, deceptively modest romantic comedy.