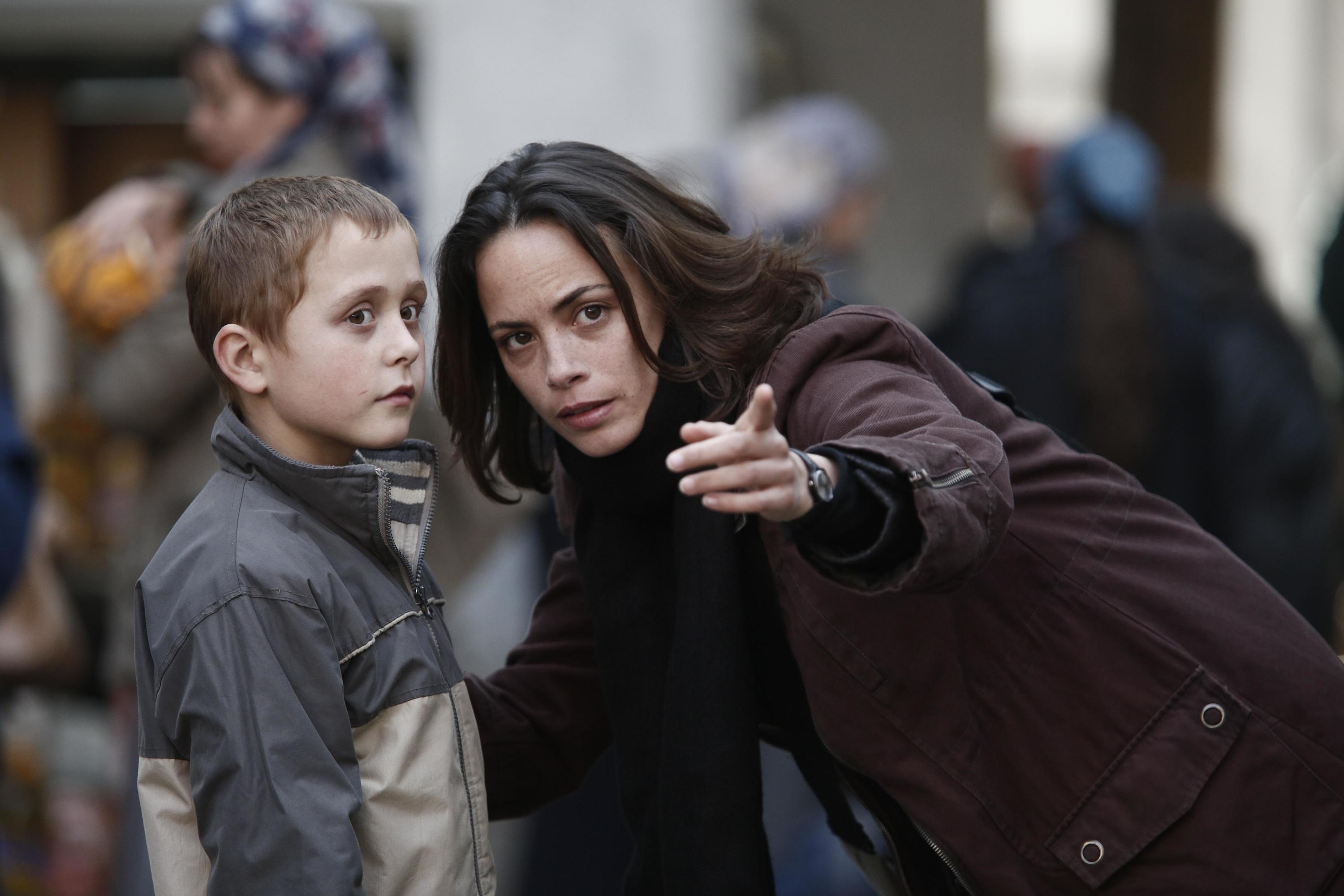 Having displayed his penchant for tinkering with the conventions of Euro-spy movies and silent films, Michel Hazanavicius takes on the horrors of war in this remake of Fred Zinnemann’s 1948 film The Search. It’s as though Hazanavicius, fresh from the international success of his award-magnet The Artist, had every intention of proving to the world that he really is one. Zinnemann’s film would seem to be the perfect vehicle for such purposes, with its equal-opportunity combination of hard-nosed realism and life-affirming humanism.

Whatever its merits, Zinnemann’s film belonged to a genre that came to be known as rubble films. These were intimate dramas of loss and devastation set against the literal ruins of Old Europe (Roberto Rossellini’s Germany Year Zero is a notable example). Rubble films, in other words, addressed themselves to vital contemporary concerns. Hazanavicius’s The Search, conversely, is an unabashed period piece, set back in 1999 at the onset of the second Chechen War, a far safer vantage point from which its main character, EU human rights activist Carole (Bérénice Bejo), can wag her finger self-righteously at the dismaying spectacle of European indifference. Of course, the timing of Hazanavicius’s film, one suspects, has a lot to do with the current situation in the Ukraine, and the fact that The Search name drops Putin as an accessory to its story’s war crimes only solidifies this impression.

The film alternates between Carole’s investigation into the Chechen’s plight and the saga of 10-year-old Hadji (Abdul Khalim Mamutsiev) and his teenage sister, Raissa (Zukhra Duishvili), whose parents are killed by Russian soldiers in the film’s R-rated street-cred-establishing atrocity, and recently conscripted Russian soldier, Kolia (Maksim Emelyamov). As further evidence of The Search’s general lack of imagination, Kolia’s storyline recalls Kubrick’s Full Metal Jacket in some pretty explicit ways, from its caricature of an abusive drill instructor to disorienting combat scenes that play out in front of beautifully burning buildings. Throughout these scenes, Hazanavicius’s straw-man conception of the Russians as brutal homophobes is hammered away at with an emphasis that’s questionable at best.

More excruciating by far are scenes involving Carole and young Hadji. Carole insists on haranguing the boy in French and apparently expects him to whip a universal translator out of his backpack. Later, she complains to Annette Bening’s refugee camp administrator (a role that requires Bening to do little more than gaze benevolently into the middle distance) that they “just can’t connect.” At another point, Carole teaches Hadji to respond to her query, “Okay?” with an uncomprehending “Yes,” like some trained parrot, whose understanding or lack thereof is never as large an issue for the film as whether Carole will make it home for New Year’s with her folks.

Carole’s interactions with Hadji echo the film’s own blatant prioritization of picayune first-world problems to the equivalence of those confronting a people torn apart by the tides of war. And just in case you weren’t already speculating on the subject, Hazanvicius supplies you with a boy’s choir to intone, over images of heartrending carnage and catastrophe, the ever-pressing question, “What are you going to do?” As though in response, there’s an earlier scene where Hadji busts some moves worthy of John Travolta in Saturday Night Fever (minus a little white suit) while the Bee Gees exult in a fittingly first-world alternative: “You Could Be Dancing.”