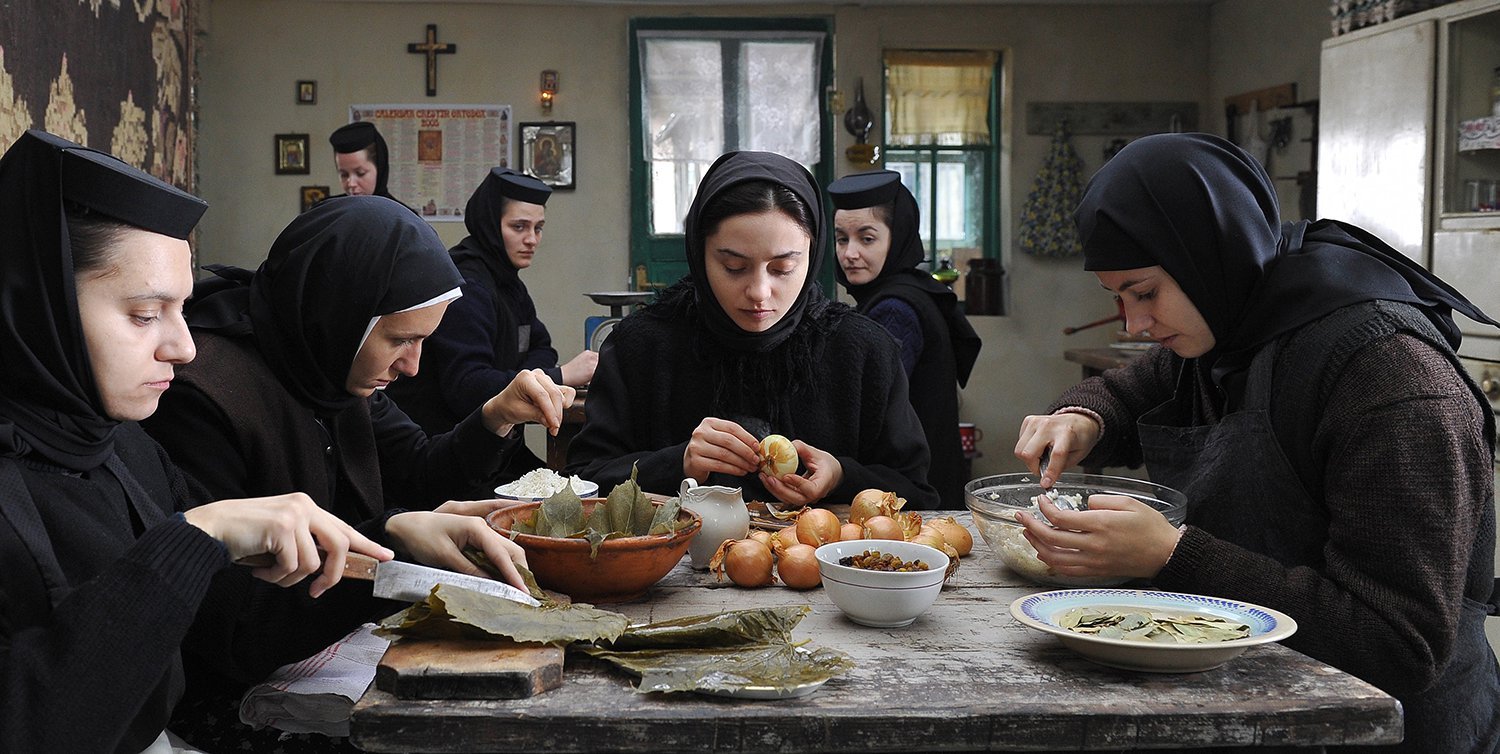 Cristian Mungiu’s 4 Months, 3 Weeks and 2 Days was a controlled descent into the inferno of illegal abortion and the network of bureaucratic corruption late in the Ceaușescu regime. Beyond the Hills’s basic story carries these themes forward, yet represents a significant weakening of narrative focus. Stylistically, Mungiu’s preference for long takes and rugged handheld camerawork remains intact, it’s just that the slender facts in this particular case (since it’s yet another film “based on true events”) can’t even begin to withstand the mammoth weight of a 150-minute running time.

Beyond the Hills examines the plight of two young women, Alina (Cristina Flutur) and Voichita (Cosmina Stratan), who withstood physical and sexual abuse together in an orphanage until one went off to work in Germany, now reunited in the remote Orthodox monastery where the other now resides, until long-harbored secrets explode into hysteria and accusations of satanic possession. Stated baldly thus, the film generically resembles a number of other nunsploitation titles ranging from Jerzy Kawalerowicz’s Mother Joan of the Angels to Ken Russell’s The Devils—not to mention more recent fare like The Exorcism of Emily Rose. So the burden is on the filmmaker to bring something new to the table.

True, there are fascinating glimpses into the Soviet-style bureaucratization of the Orthodox religion (including the film’s best scene, wherein the other girls indoctrinate Alina into the 436 sins recognized by their dogma) and the collapse of any distinction between science and religion (the doctor who washes his hands of Alina’s malady, sending her back to the tender mercies of monastery life). In no way, however, can these miniscule morsels of insight begin to compensate for Mungiu’s otherwise empty plate, what with the endless shots of little to nothing happening, and the pointlessly protracted performance of the exorcism rite. Maybe my favorite moment occurred when Voichita put out the light in her room and the screen stayed dark for what felt like several minutes. If that’s all Mungiu has to say with this bloated white elephant of a film, maybe the screen should’ve stayed that way from the get-go.