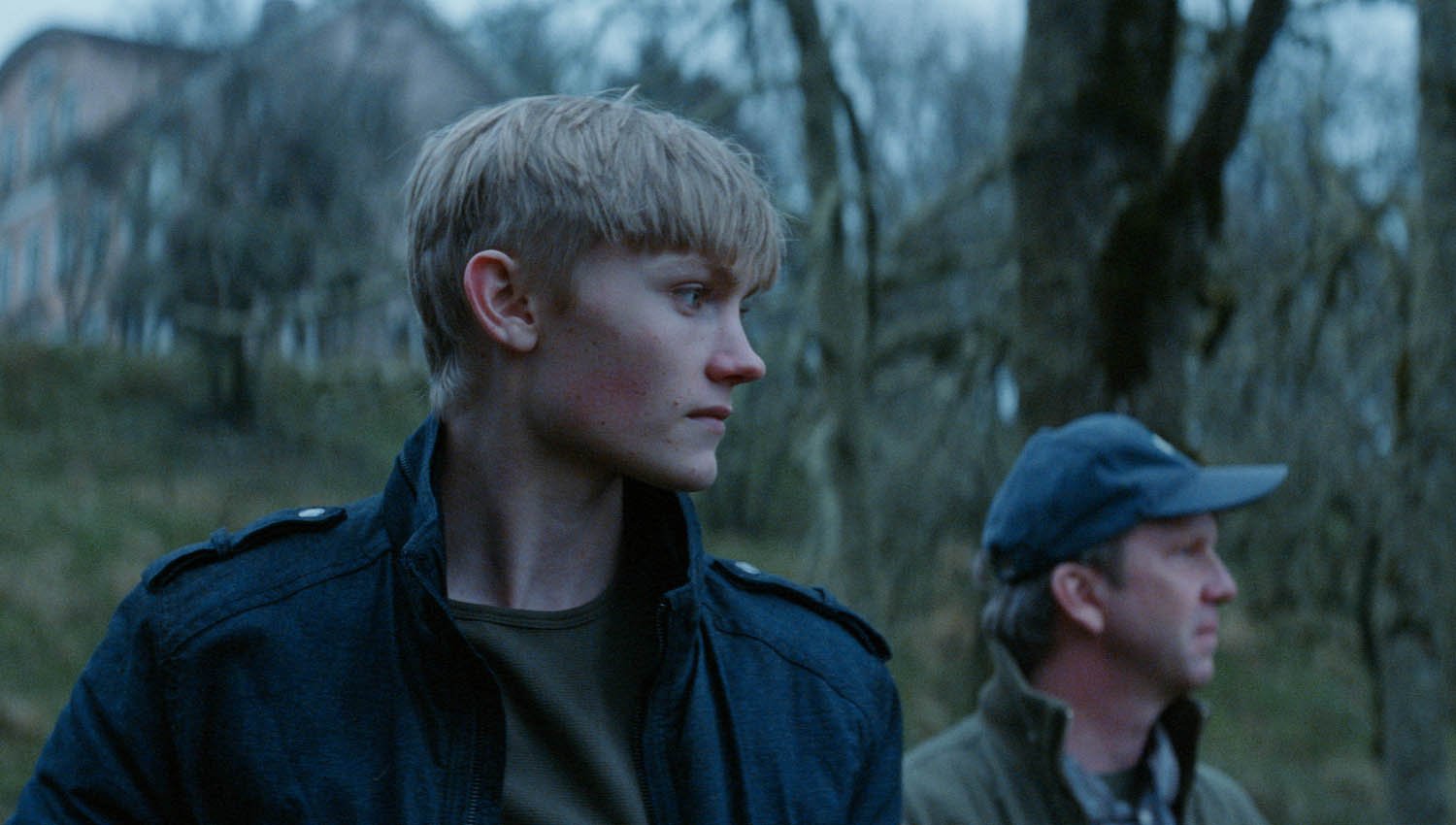 When you’re a teenager, it’s easy to feel like the whole world’s against you, that you’re the only person on the planet without that special someone who understands what you’re going through. This feeling of isolationist angst is taken to pitiless extremes in Magnus von Horn’s intelligently crafted and incrementally intense The Here After.

Just released from the correctional facility where he was interned for killing his girlfriend, John (Ulrik Munther) suddenly finds himself thrust back into a community that will never forgive him. Forcibly repressing the antisocial behavior he now engenders in others, he silently encourages attacks on his person as a pretext to show he’s no longer dangerous. Alone on his father’s farm, John sullenly stalks the rural flatlands, a forsaken ward of his own unknowable mental constitution, numbed more by the hostility of the people he grew up with than the consequences of actions his young shoulders can’t yet bear. As resentments and regrets are weathered under autumnal winds, John is steadily blown toward apathy and self-hatred.

Like its protagonist, the film slips into a state of sulfurous rage from which it never relaxes. John’s doomed quest for absolution transpires in highly observant, locked-off long takes whose unnerving quietude boils over into unpredictable spasms of violence. Initially, the inexorable formal discipline plays like a clinical hand-me-down from Michael Haneke, yet the forensic detailing of character builds a far more compassionate picture. Sustained wide angles lay bare emotions that lie just beneath the skin, or hidden behind aberrant gestures, and physically, Munther’s performance is a feat of internalized suffering. Obdurate, graceless, and lumpen, the way that John carries himself signifies that he’s too deeply damaged to sort himself out, without the script ever needing to detail why or the nature of his crime—details that his father (Mats Blomgren) is seemingly afraid of, or unwilling to discuss with him.

Von Horn has an impressive grasp of complex character dynamics, both narratively and in his blocking. Father and son sit in separate rooms, a screeching car chase on TV amplifying their seething sentiments across the widening distance between them. And though they keep up the normative aspect of appearance in driving and shooting lessons, the father’s method of teaching is micro-managed instruction without warmth, redoubling his son’s reticence toward him. Their domestic life is suffused in chilly blue light (courtesy of Ida cinematographer Lukasz Zal) that suggests this home will always be broken, even after it’s reunited—the same color as the hanging lightshade that demarks the battle lines over the family dinner table, which becomes the focal point of much of the film’s querulous dysfunction.

Remonstrated by his father and harassed by everyone else, John’s story isn’t an account of victimhood or abuse, at least not in any straightforward way. When he’s roused briefly from a state of emotional torpor by Malin (Loa Ek), the school rebel, their courtship seems more callous than tender. Theirs is an experiment in which John wonders if he might be capable of killing again—though the way von Horn portrays this dubious relationship is vindicated because the viewer is on the same learning curve as the antihero’s confused mind.

For a while, John convinces himself that Malin is the normalcy he needs, but as soon as they start getting intimate, he realizes that they must in fact end—that he won’t be reconciled with her, only reminded of what he’ll never be allowed to forget. A fatalistically heartrending wrap-up will leave audiences finding The Here After similarly hard to shake.

Review: The Measure of a Man