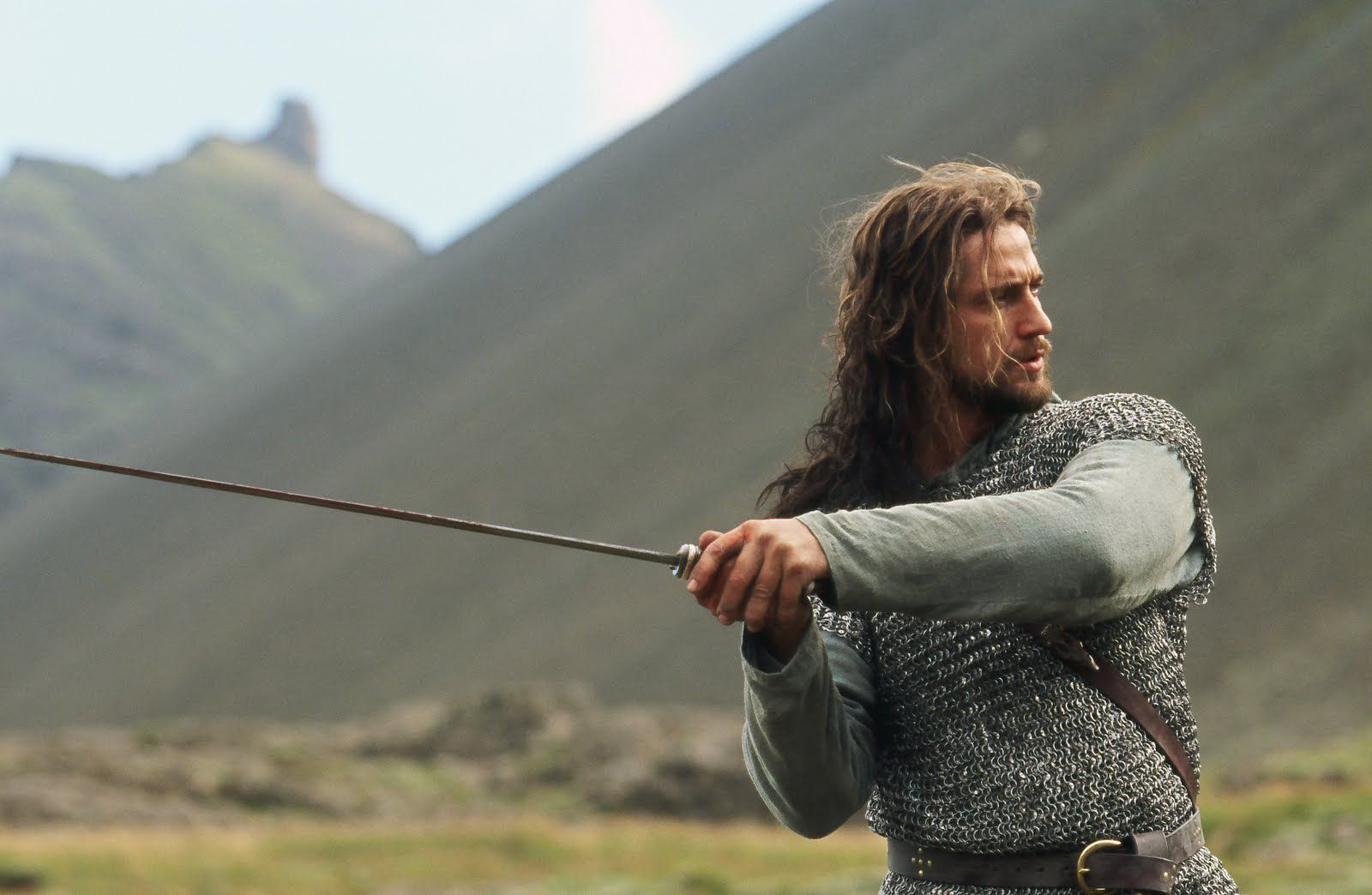 It’s fitting that Sturla Gunnarsson’s Beowulf & Grendel closely resembles—at least in production design—Peter Jackson’s The Lord of the Rings trilogy, as J.R.R. Tolkien’s 1936 essay “The Monster and the Critics” was the primary catalyst for appreciating the epic Old English poem as not only a guide for interpreting ancient dialects, but as an allegorical work of art. Alas, Gunnarsson is only partially up to the challenge posed by his illustrious source material, capturing the damp, earthy moodiness of his misty milieu—thanks to Jan Kiesser’s striking on-location cinematography in the rocky hills of Iceland—but failing to generate a requisite degree of mythic grandeur. Adapting the first two portions of the roughly 1000 A.D.-dated Beowulf poem (with all dragon fights apparently consigned to potential sequels), the director and screenwriter Andrew Rai Berzins attempt the tricky proposition of updating their tale for the modern age, an endeavor involving not only inapt contemporary colloquialisms and vulgarity (“Don’t my shit shine,” pronounces a sarcastic fisherman), but also a reconfiguration of the poem’s originally ambiguous thematic thrust into one concerned with military foreign policy initiatives and issues of moral equivalency. As a result, warrior hero Beowulf (a respectable Gerard Butler), arriving in Denmark from his native Geatland to help drunken King Hrothgar (Stellan Skarsgård) slay giant troll Grendel (Ingvar Sigurðsson), eventually becomes enlightened by the realization that his adversary, far from a savage, bloodthirsty beast, is in fact simply a bitter, misunderstood creature intent on justly avenging the murder of his father. When accompanied by a general absence of fantastic might and magic, however, such a tack has the unintended effect of diminishing the story’s classical scope, Beowulf and Grendel’s adversarial relationship reduced to a more modest human scale by the film’s “we’re all the same inside” moralizing. Worse, though, is the casting of Sarah Polly as outcast witch Selma, a mysterious seer whose preposterously empathetic reaction to rape-by-Grendel is only magnified by the actress’s ill-advised decision to embody her character with a Canadian accent and feminist attitude.