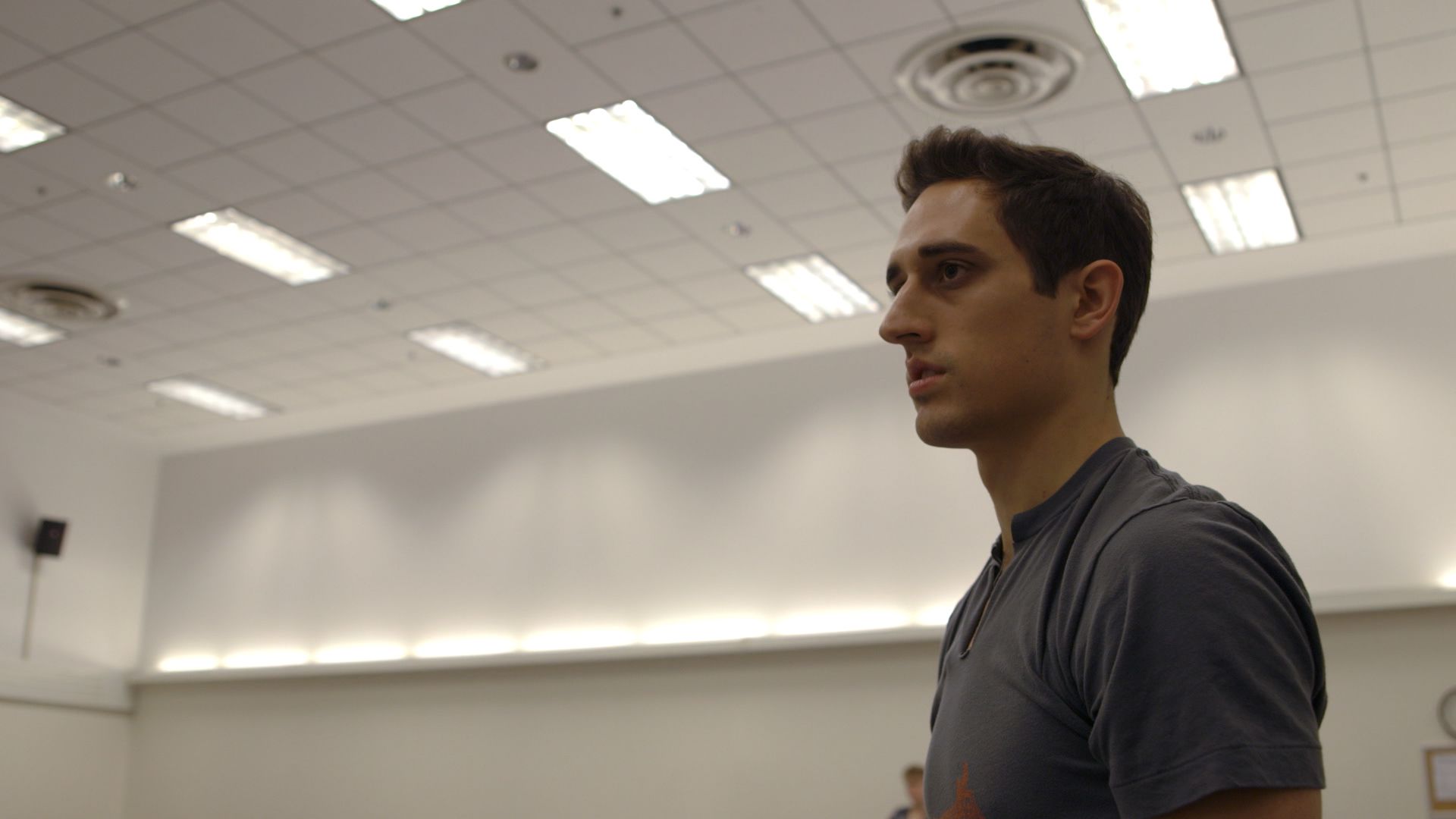 Ballet 422 possesses an aura of pared majesty. There isn’t an ounce of fat on this documentary, and there’s little explicit suggestion of backstage chaos, which is remarkable for a film that concerns the behind-the-scenes details of the creation of a new work for the legendary New York City Ballet. We’re so accustomed to the clichés of tormented theater life that this self-assuredness, this occupation with the peacefulness of collaboration, comes as a bit of a shock to the system. Where are the egomaniacs and the brilliant, emotionally handicapped dancers who’re desperate to prove themselves? Strikingly, it soon becomes evident that most of the tensions inherent in the presence of these sorts of personalities do, in fact, occupy the production that director and cinematographer Jody Lee Lipes has captured, but they’re subsumed in the physicality of endless practices, in the daily patting on of makeup, and in the painstaking refinement of gestures that will serve as sharp through lines to the numbers. Lipes has an extraordinary eye for details that testify to the chasm between the said and the unsaid.

The film’s subject is Justin Peck, a 25-year-old dancer and choreographer who’s received what the press notes call an “unprecedented six commissions from the NYCB to date.” The commission we see is called Paz de la Jolla, which is set to Bohuslav Martinů’s Sinfonietta la Jolla and features three principal dancers. Little of this information is directly offered in the film, as we’re encouraged to piece context together on the fly. Lipes understands, refreshingly, that it isn’t a documentarian’s job to pen a cinematic Wikipedia entry on a subject; what he offers is an immersion into a tightly guarded realm. The cinematography gives off a subtle heat, particularly the reds of the walls of the vast auditorium, and there are images that carry with them a wonderful, ineffable something that might be called “quotidian expressionism,” such as a shot of a dancer laying on the stage in the foreground, her leg crooked in a hook, as the background of the empty theater suggestively dwarfs her with its mammoth legacy of expectation.

Lipes shapes the footage into an intimate symphony of poetically shaped bodies that contrast poignantly with uncertain faces. There’s something particularly moving about Peck, who isn’t haughty in the fashion of the stereotypical choreographer of our movie-fed dreams. Still very young, perhaps he hasn’t grown into it yet, as his directions are often inflected with a slight questioning halt that his older collaborators are quick to affirm and clarify. Peck’s still a dancer himself, and one can sense that he’s torn between empathy for the difficulty of the craft and a desire to get the gestures he actually wants. For instance, one of the stars of the piece, a young blond woman, has difficulty replicating the movements that Peck wants from her elbows, and Lipes leaves the scene pointedly hanging, allowing it to casually embody the irresolution that accumulates on an elaborate, and quickly staged, production.

Lipes has probably taken a few notes on the films of Frederick Wiseman, as he shares with that great director an almost musical sense of the rhythms of contemplative quiet. Ballet 422 is aurally spare, which, as in Wiseman’s films, serves to heighten our senses. We watch the faces of the dancers and notice their fleeting expressions of satisfaction or of mild rebuff, and we’re able to speculate that a few of them might have a mild authority issue with working for someone who’s essentially a peer. We catch the paternal concerns emanating from the older guard, particularly a conductor who wisely (yet sort of condescendingly) advises Peck to make friends with the potentially put-upon orchestra. There’s an understanding in this film, as in most of the great movies about art’s creation, of art as work, and of work as embodying every circular, compromising element of life.