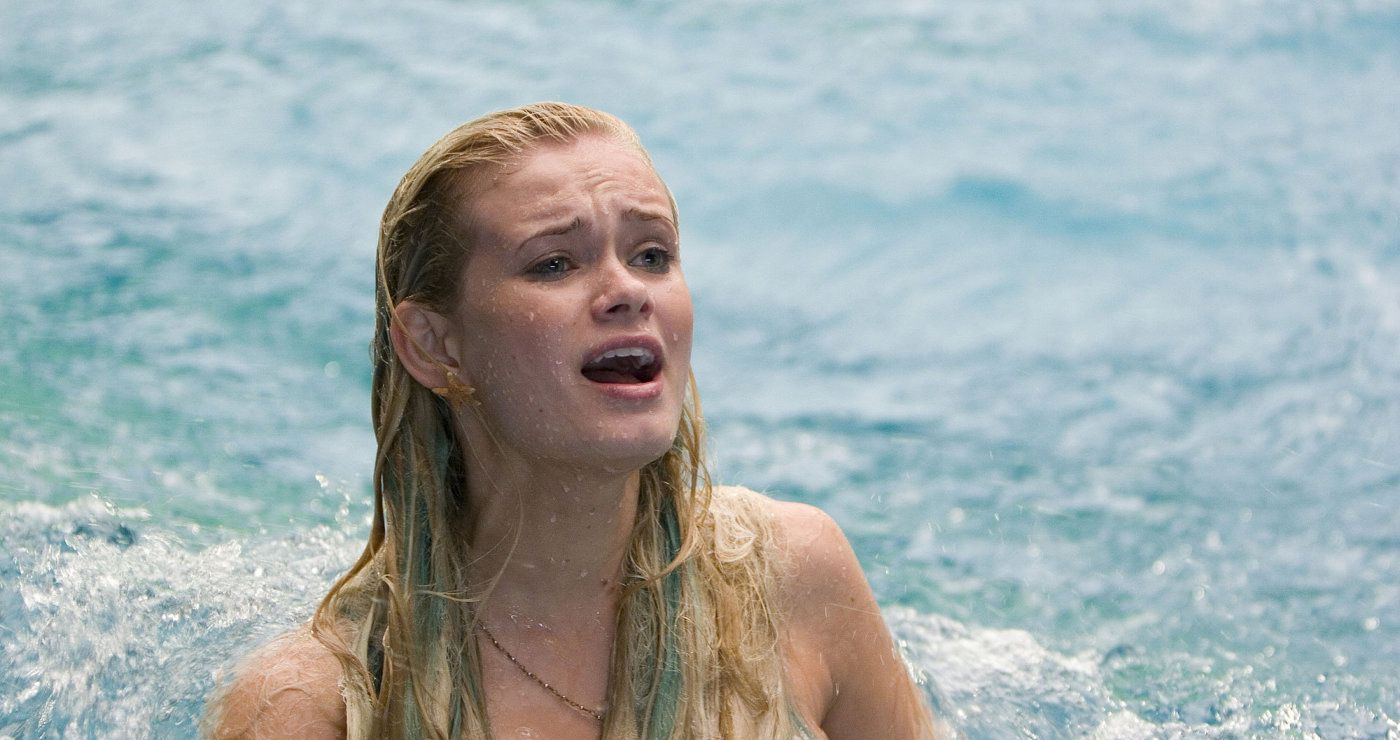 Elizabeth Allen’s adaptation of Alice Hoffman’s Aquamarine is what you get when The Babysitter’s Club meets The Little Mermaid. Best gal pals Claire (Emma Roberts) and Hailey (JoJo) are on the brink of being separated by Hailey’s Australia-bound marine biologist mother, but when the titular mermaid (Sara Paxton, a Mena Suvari-ish ditz with boob-coveringly long hair) washes ashore and speaks of finding love and her ability to grant wishes, the girls see a way out of a seemingly no-win situation: get the Capri Club’s lifeguard, Raymond (Jake McDorman), to fall in love with Aquamarine and Hailey gets to stay in Florida. There’s no reason the film should work given how openly it traffics in the clichés of those tweener rom-coms any adult except for Merv the Perv has come to loathe ever since Hilary Duff decided to slip out of her Disney Channel slippers, but Allen and screenwriters Jessica Bendinger and John Quaintance take pains to differentiate their film from junk like Sleepover by treating the tween experience with cartoon affection. Because it doesn’t take itself too seriously, Aquamarine actually demands your attention.