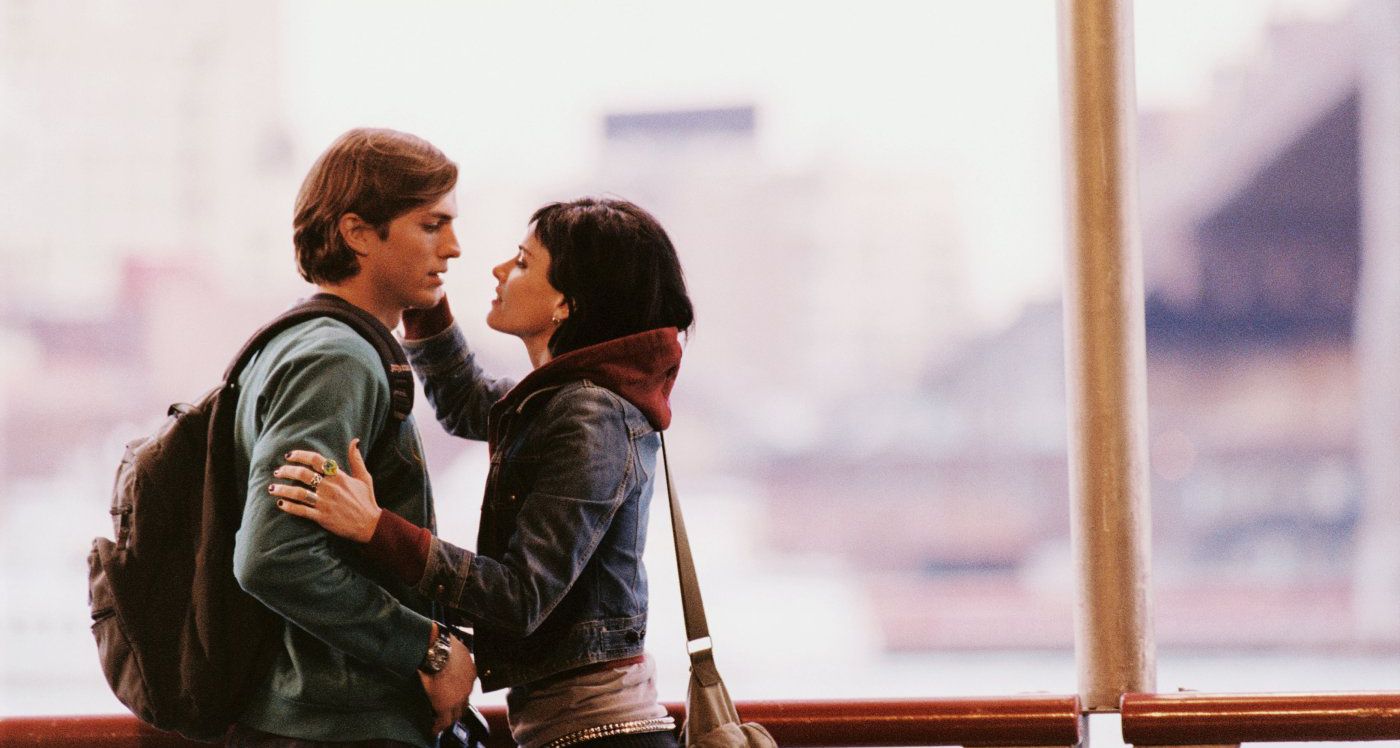 From the director of Saving Grace and Calendar Girls comes A Lot Like Love, a charming—albeit drawn-out—love story that squeezes a lifetime’s worth of Before Sunrises and Before Sunsets into 107 minutes. L.A. cutie Oliver Martin (Ashton Kutcher) takes a fancy to Emily Friehl (Amanda Peet), an intimidating alterna-chick who is about to shag him in an airplane bathroom and bust his balls all through the Big Apple. On a dare, he gives her his number and asks her to call him in seven years, and being that she isn’t French or particularly independent, she does just that. Except she calls back in three years, instigating another meet cute with the now older and more ambitious Oliver that inevitably ends with yet another “break cute.” No problem. See you again in two years! These kids don’t seem to have much in common besides their model looks and pure animal attraction (no impromptu renditions of Nina Simone songs here), but they still insist on coming back for more. Unusually intimate and confident for a big-budget romantic comedy, the greatest compliment one can pay A Lot Like Love is that much of the couple’s scenes together really do feel a lot like love. One could say Nigel Cole does with silence what Richard Linklater does with words. Indeed, for a good portion of its running time, the film gets considerable mileage from a series of matter-of-fact disclosures and occurrences (when the streetlights in one scene turn on, there isn’t some tinkly piano to cloyingly heighten the mood), and in refusing to prefigure the evocative close-ups of his two leads with long shots, Cole forces an atypically intimate relationship between these characters and the spectator. Sadly, Oliver and Emily’s encounters throughout the film become progressively schematic, so much so you wish the filmmakers had done away entirely with every secondary character and overzealous extra, plopped the pair inside a train to Albuquerque and just co-credited Linklater with the film’s screenplay. In this way, A Lot Like Love never lives up to the pleasures of its first half, but the filmmakers remain as lovestruck by the story as its characters are with each other.